The ASRock leads the way in power consumption across the board, although the GIGABYTE has the smallest idle-to-peak delta. It will be interesting to see if this 20W window during our OCCT tests is prevalent among other X99 motherboards. 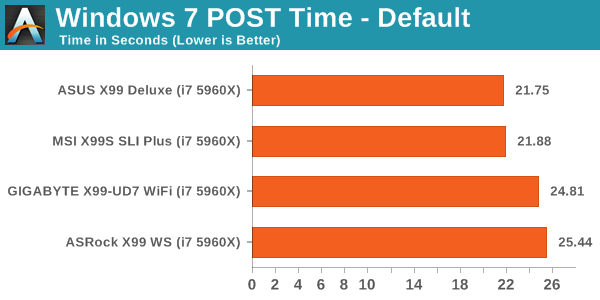 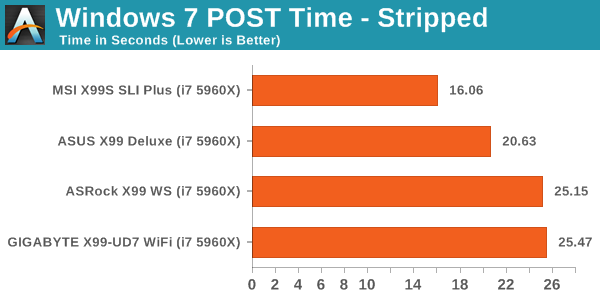 The new X99 POST sequence involves a fair amount of DRAM training (testing and verifying speeds) which adds an abnormal amount of time to the POST sequence. This is why every motherboard at default scores above 21 seconds. Not only this, but most of these BIOSes are not fully optimized in order to save time. X99 launch was rushed due to Intel, so it might be the case that we see faster times later on in the life cycle of the platform. 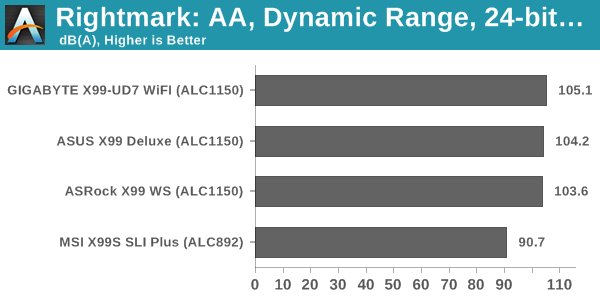 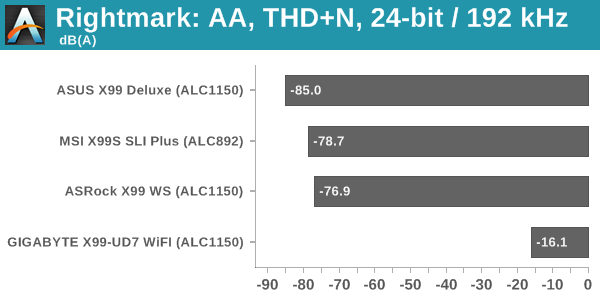 The ASUS takes the lead in THD+N by a long way, and the differences between the ALC1150s and the ALC892 in the MSI show up in the Dynamic Range tests. Unfortunately the GIGABYTE had an issue with its test, causing high levels of software-detectable distortion at high volume levels. 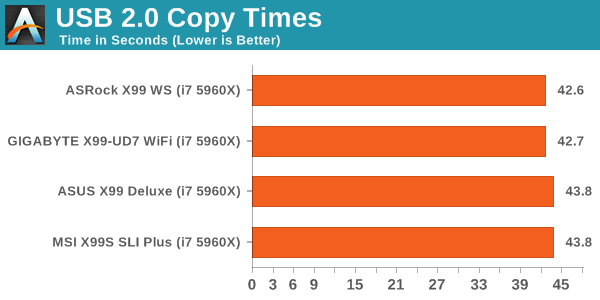 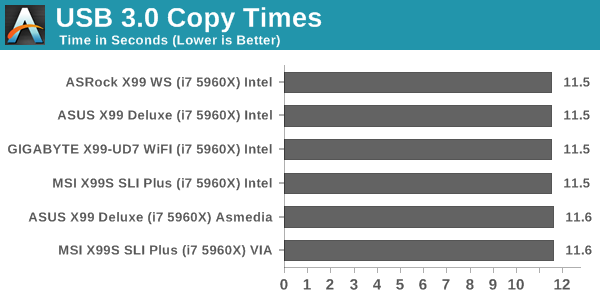 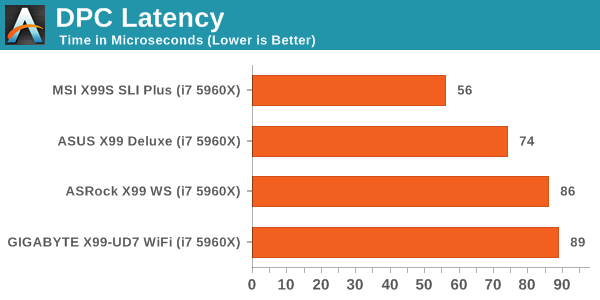 DPC for X99 is quite impressive all around, with every motherboard scoring under 100 microseconds.