For those of you keeping track of voltages, you’ll find that the voltages for GM107 as used on the GTX 750 series is not significantly different from the voltages used on GK107. Since we’re looking at a chip that’s built on the same 28nm process as GK107, the voltages needed to drive it to hit the desired frequencies have not changed.

Looking at average clockspeeds, we can see that our cards are essentially free to run at their maximum boost bins, well above their base clockspeed or even their official boost clockspeed. Because these cards operate at such a low TDP cooling is rendered a non-factor in our testbed setup, with all of these cards easily staying in the 60C or lower range, well below the 80C thermal throttle point that GPU Boost 2.0 uses.

As such they are limited only by TDP, which as we can see does make itself felt, but is not a meaningful limitation. Both GTX 750 Ti cards become TDP limited at times while gaming, but only for a refresh period or two, pulling the averages down just slightly. The Zotac GTX 750 on the other hand has no such problem (the power savings of losing an SMX), so it stays at 1162MHz throughout the entire run. 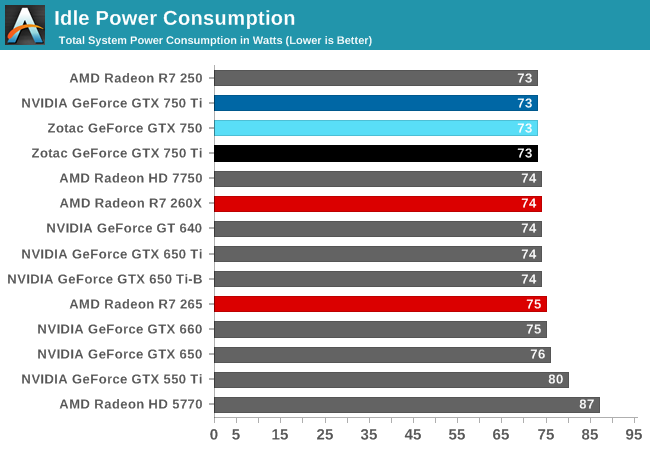 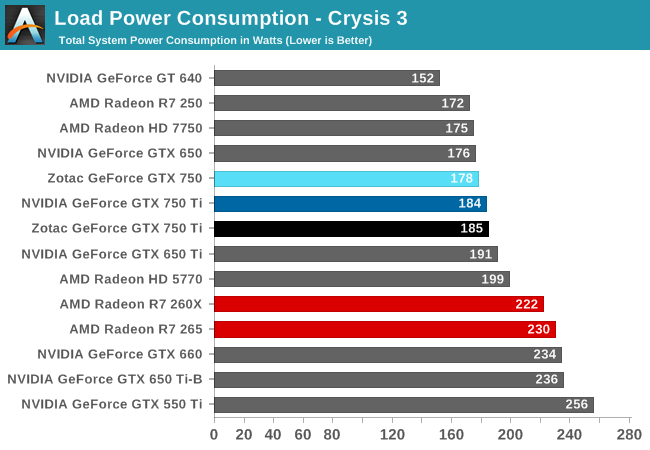 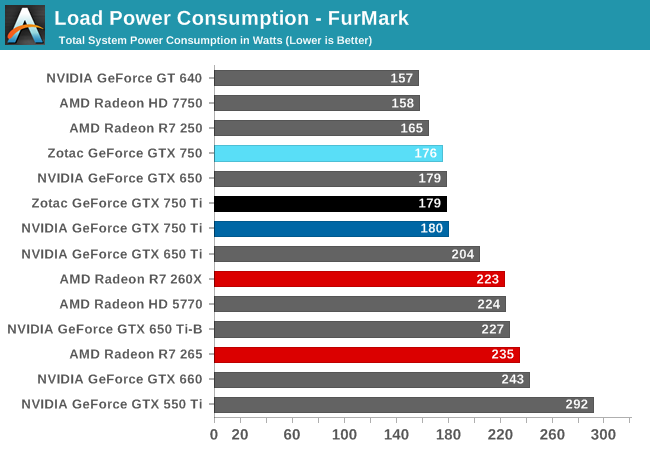 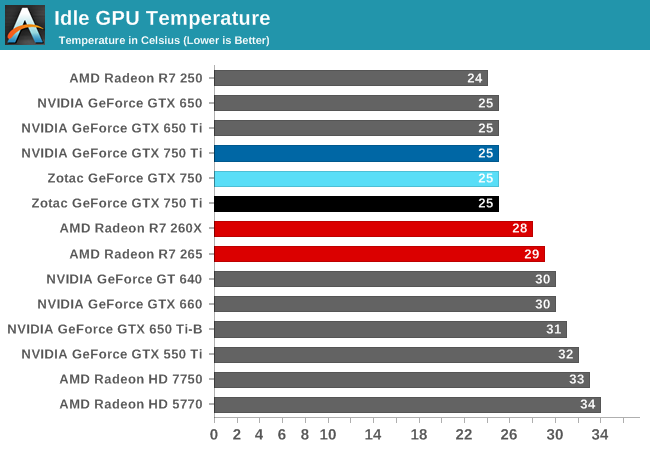 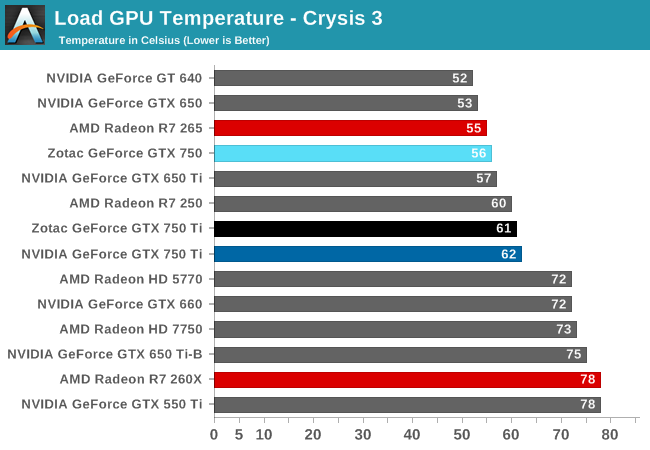 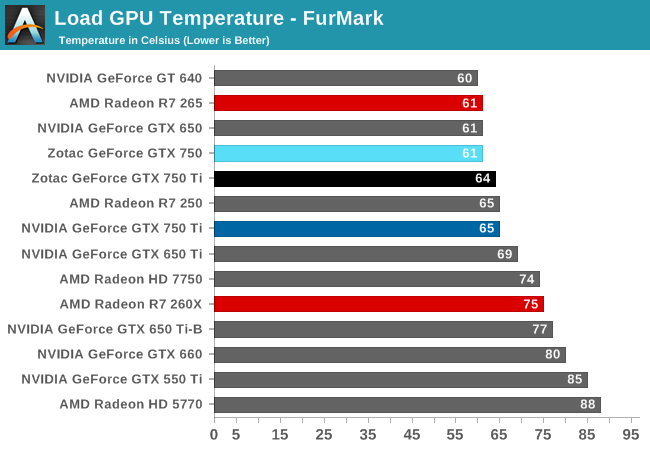 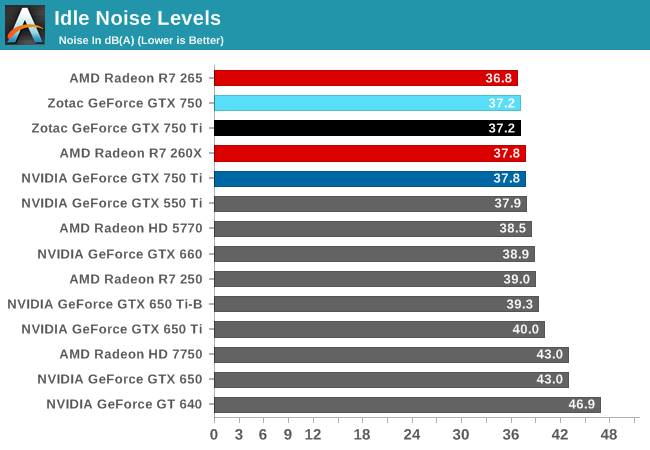 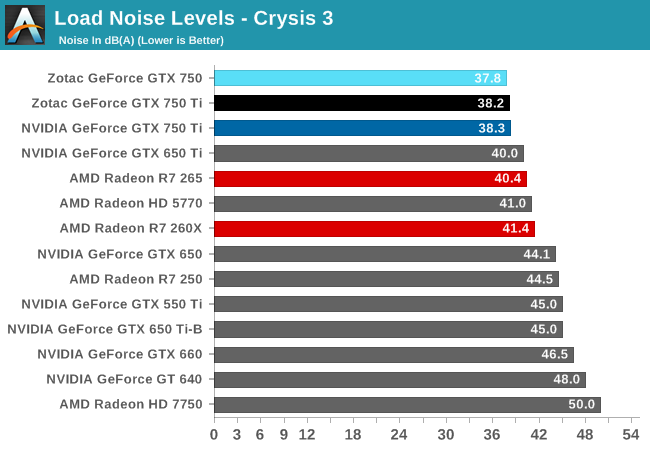 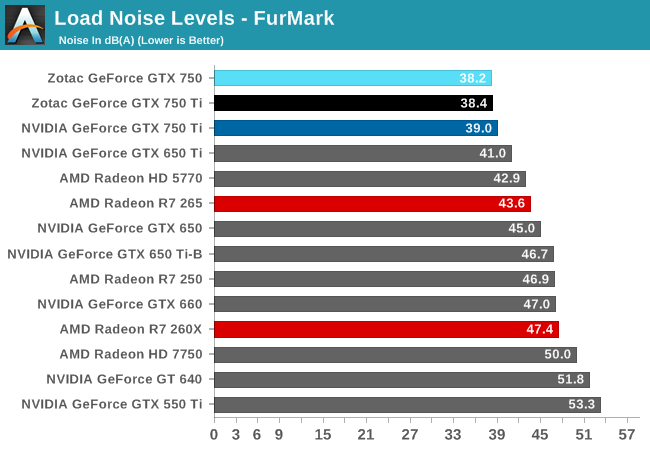