Our first analysis is with the perennial reviewers’ favorite, Metro2033.  It occurs in a lot of reviews for a couple of reasons – it has a very easy to use benchmark GUI that anyone can use, and it is often very GPU limited, at least in single GPU mode.  Metro2033 is a strenuous DX11 benchmark that can challenge most systems that try to run it at any high-end settings.  Developed by 4A Games and released in March 2010, we use the inbuilt DirectX 11 Frontline benchmark to test the hardware at 1440p with full graphical settings.  Results are given as the average frame rate from a second batch of 4 runs, as Metro has a tendency to inflate the scores for the first batch by up to 5%. 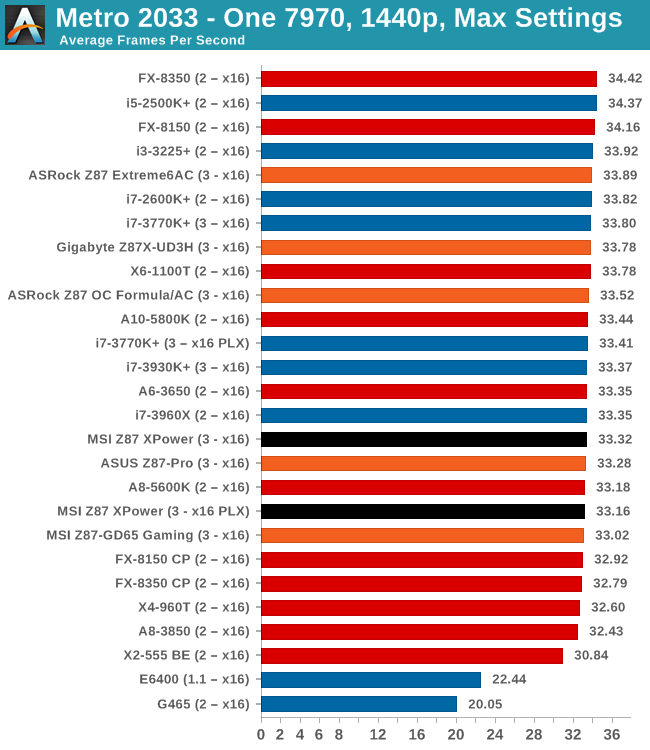 Dirt 3 is a rallying video game and the third in the Dirt series of the Colin McRae Rally series, developed and published by Codemasters.  Dirt 3 also falls under the list of ‘games with a handy benchmark mode’.  In previous testing, Dirt 3 has always seemed to love cores, memory, GPUs, PCIe lane bandwidth, everything.  The small issue with Dirt 3 is that depending on the benchmark mode tested, the benchmark launcher is not indicative of game play per se, citing numbers higher than actually observed.  Despite this, the benchmark mode also includes an element of uncertainty, by actually driving a race, rather than a predetermined sequence of events such as Metro 2033.  This in essence should make the benchmark more variable, but we take repeated in order to smooth this out.  Using the benchmark mode, Dirt 3 is run at 1440p with Ultra graphical settings.  Results are reported as the average frame rate across four runs. 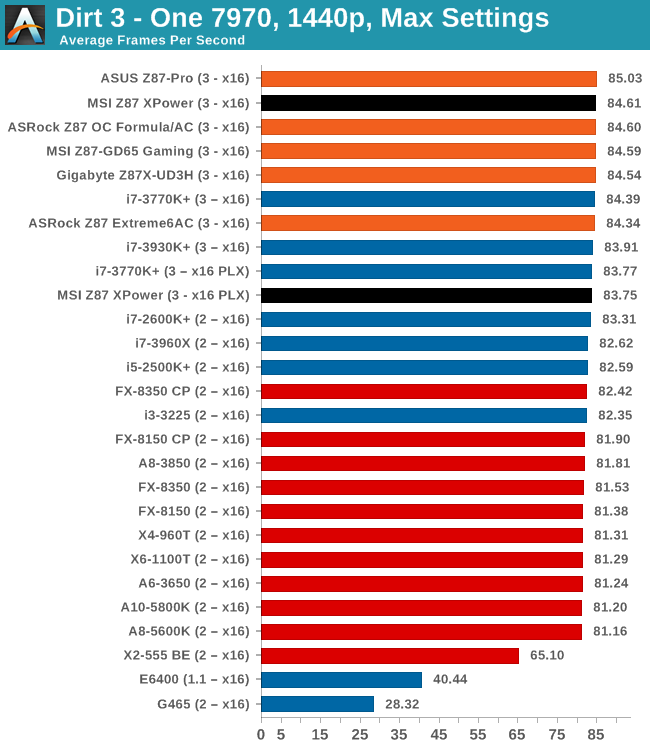 A game that has plagued my testing over the past twelve months is Civilization V.  Being on the older 12.3 Catalyst drivers were somewhat of a nightmare, giving no scaling, and as a result I dropped it from my test suite after only a couple of reviews.  With the later drivers used for this review, the situation has improved but only slightly, as you will see below.  Civilization V seems to run into a scaling bottleneck very early on, and any additional GPU allocation only causes worse performance.

Our Civilization V testing uses Ryan’s GPU benchmark test all wrapped up in a neat batch file.  We report the average frame rate of a 5 minute test. 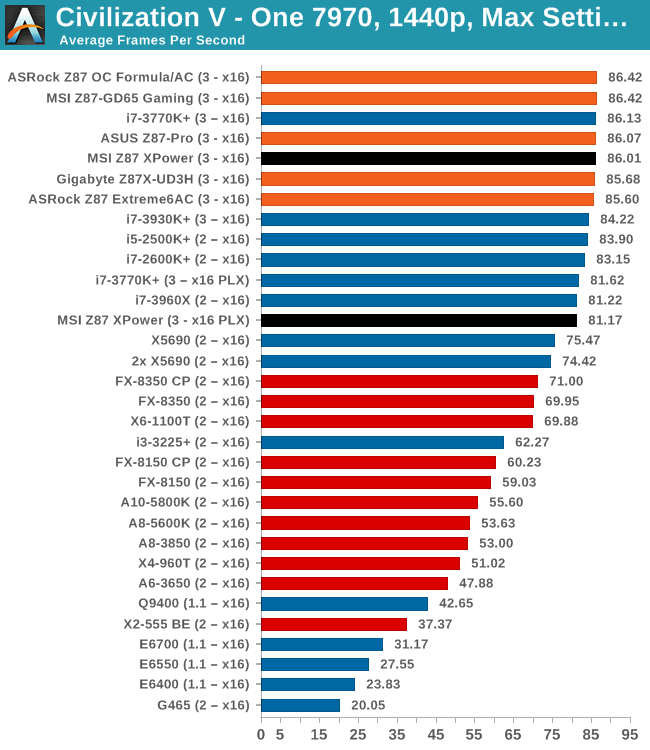 While not necessarily a game on everybody’s lips, Sleeping Dogs is a strenuous game with a pretty hardcore benchmark that scales well with additional GPU power due to its SSAA implementation.  The team over at Adrenaline.com.br is supreme for making an easy to use benchmark GUI, allowing a numpty like me to charge ahead with a set of four 1440p runs with maximum graphical settings. 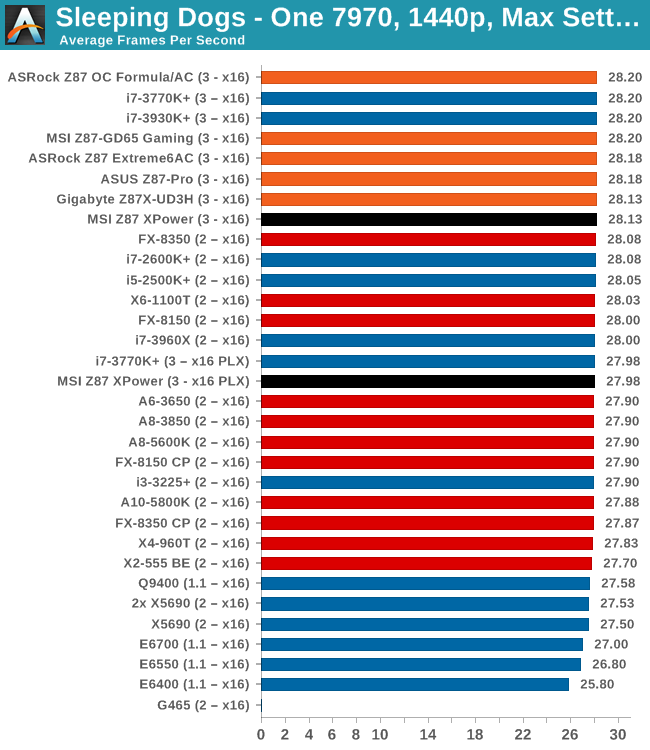 The salient point in our testing is the fact that the MSI Z87 XPower is the first PLX motherboard we have tested on Z87.  This means that anything dual GPU and up is going to be affected, especially in our three-way tests when the XPower is running at X16/x8/x8 via the PLX.

The results are similar to what we saw with Z77:

- In single GPU mode, if the GPU is put into a PLX managed slot, we lose <0.5%  performance
- In dual GPU mode, there is essentially no difference to PLX/non-PLX
- In tri GPU mode, we see gains using the PLX – from 2-10% over non-PLX motherboards