With the Nexus 4 conclusion I really have to finish the way I started, namely by noting that this is now the fullest realization of Google's original strategy laid out for Nexus at its inception. The Nexus One had extremely aspirational goals for a first-gen Googlephone — it tried to change the way that phones are sold in the US and tried to deliver a fully carrier-agnostic reference platform for developers and OEMs to build out from. The end of that story is something everyone is familiar with, however — the Nexus One was largely a commercial failure. Little did we all know it would take several more iterations of the Nexus hardware and Android platform to get close to delivering on those goals, and Google has inched closer each time. 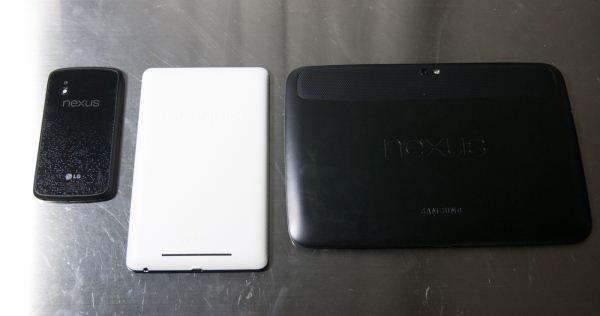 The next revisions of Nexus built on this platform, but only with Galaxy Nexus and its pentaband WCDMA radio and Nexus 4 do we see the fullest realization of this dream. Over time Google has built up the infrastructure required to deliver on its goals with things like the Play Store, a reputation among hardware vendors, and the right combination of hardware and software cadence to make this all work. The price point with the Nexus 4 is now low enough to not make off-contract sale an impossible to swallow deal. 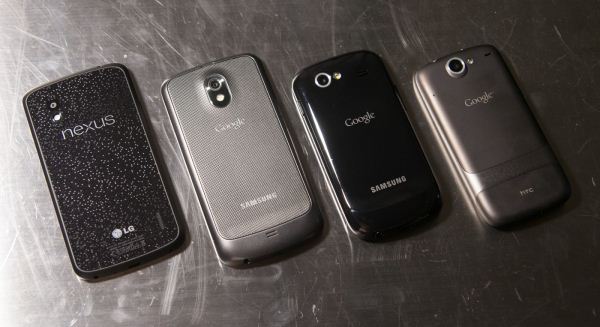 With the Nexus 7 I felt like we were truly seeing the Nexus line come into its own. With Nexus 4 and 10 we're now seeing Google finally deliver a product lineup with offerings in each of the major size tiers. We now have a form factor of device for every two inches of diagonal difference.

With the Optimus G, LG truly went all the way toward delivering the best of everything it had to offer from all the different parts of LG — LG Chem, LG Innotek, LG Display. I'm very positive about the Optimus G hardware and very positive about the Nexus 4 as its close relative. LG's execution in the smartphone space has primarily been held back by its software approach and skins, and until recently a lack of updates. Getting a win for LG in the Nexus space basically mitigates that, as the software burden becomes entirely Google's, and obviously Nexus will continue to mean the latest and greatest Android platform updates for quite some time. 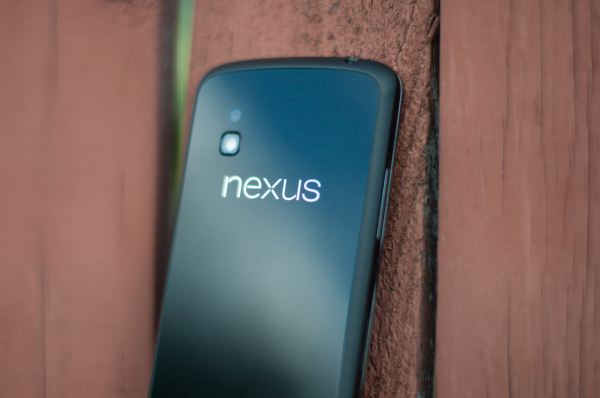 You can go back and read what I've written about the Nexus 4 hardware — in a word it's superb. In-hand feel is awesome thanks to the rubber ring running around the perimeter of the Nexus 4, and build quality is also very good. I've fully disassembled my Nexus 4 three times and put it together without issue, and the Nexus 4 has taken a few trips to the floor (my fault) without any adverse effects.

Finally, there's also the matter of price. For $299 you can get the latest and greatest hardware and 8 GB of storage, and for $349 you can get double that storage with 16 GB (12.92 GB usable). Both are fully unlocked and carrier-agnostic, and at those prices the Nexus 4 pretty much blows the doors off of any other unlocked or out of contract smartphones, which usually end up being priced at around $600 or more.

If you're an Android enthusiast, the Nexus 4 is obviously the phone to have right now. The combination of APQ8064 and MDM9x15 is excellent in spite of some unfortunate thermal throttling, and we'll be seeing many more Fusion 3 based devices in time at prices well above the Nexus 4 out of contract. At a fundamental level there is quite literally no better vehicle out there for Google to communicate its smartphone platform via than the yearly Nexus refresh. On its own, the Nexus 4 would otherwise be phenomenally great hardware. As a Nexus, it's a level even beyond that.

Google has come an exceptionally long way since that first Nexus One.