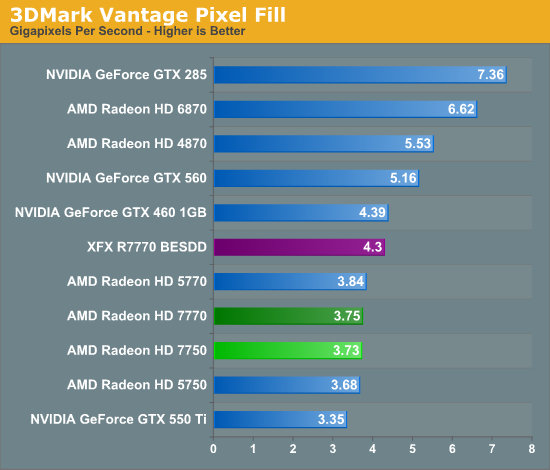 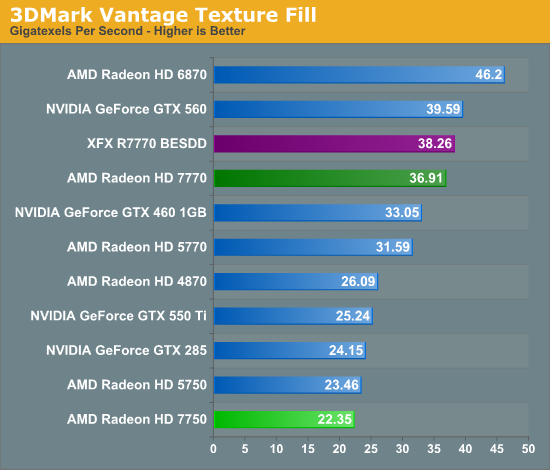 A quick look at texture fillrates gives us our answer for the 7750: it has even lower texture performance than the 5750, never mind the 5770. Thankfully very few games are heavily texture bound these days – and if they were the 7750 likely wouldn’t have enough VRAM for them anyhow – but the massive gap in theoretical texture performance between the 7750 and7700 means that the 7750 is behind virtually everything else.

Conversely if you look at the pixel fill rate it’s almost identical to the 7770, which in turn trails the 5770. However in this case the 3DMark Pixel Fill test appears to be heavily memory bandwidth bound, which is why it trails the 6870 by so much. 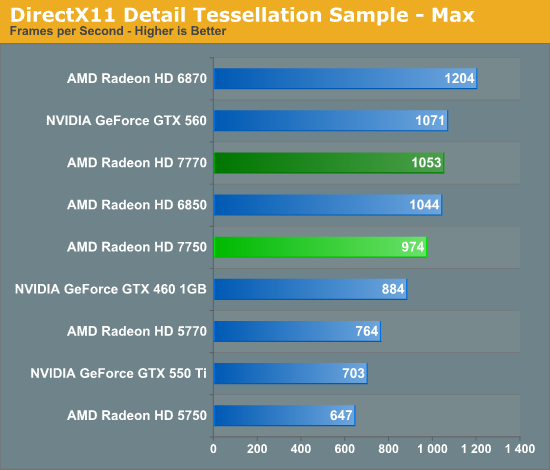 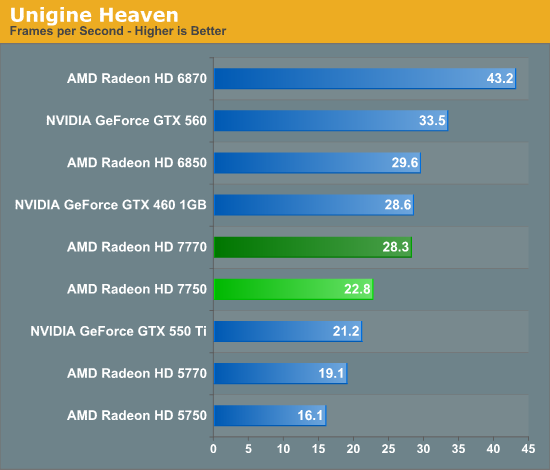 Unigine Heaven backs these findings and then some. Tessellation performance is improved relative to the 5700 series, but at best the 7700 series is only going to catch the 6850.