As we mentioned previously, the Windows Store will be the Metro carrot for developers. At the same time it will be a significant change for end-users, double-so for Windows users who move to ARM.

Fundamentally the Windows Store is as you’d expect: it’s Microsoft’s rendition of the application stores we see on Mac OS X, iOS, Android, Ubuntu, etc. It will have a prominent place in Windows 8 (currently it’s the 2nd tile) and Microsoft would be very happy if all of their developers distributed applications through it. For x86/x64 users it will be just another source of applications; Metro applications can be sold through it, while for Win32 applications it will act as a listing service directing users to the owner's website. For ARM users however the Windows Store will be the only place users can get applications from, thereby not only requiring they be Metro, but that the entire experience for ARM users will be a walled garden like iOS. 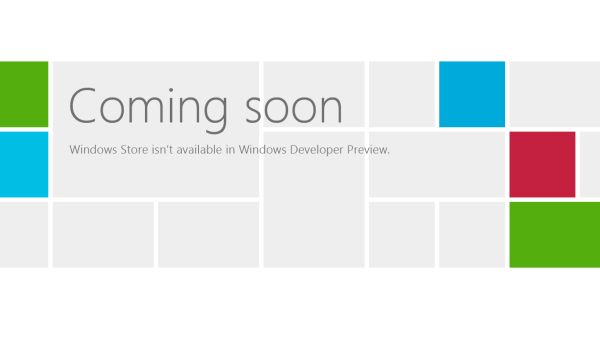 Unfortunately the Store is one of the few features Microsoft showed off during the press event that was not enabled on our tablet. Right now Microsoft is still working on what their content standards will be, a Terms of Service agreement, pricing/developer cuts, etc.

As it stands the store itself looks like functions exactly how you’d expect a Metro based application store to behave. The store will only be accepting and selling Metro applications, so non-Metro applications will continue to be installed via traditional methods.

From an end-user perspective one big thing differentiating the Windows Store from Apple’s Mac App Store is that Microsoft will also be allowing developers to offer time limited trials through the store, by building on top of Microsoft’s existing DRM/licensing technologies. Along these lines Microsoft will also be offering the now obligatory ability to make in-application purchases, allowing developers to sell application features beyond just the application itself.

We’re still waiting to see how software updates are handled, but at this point it’s reasonable to expect that they will become part of the Windows Update process as low-priority updates.

The layout/categorization of the store hasn’t been finalized, but it’s going to be of great interest from developers and end-users alike thanks to its significant status on ARM devices. Microsoft has gained a lot of experience from the Xbox Live Store, and at the same time developers have gained a lot of experience living and dying by the Xbox Live Store. As it currently stands Microsoft will have a curated “Spotlight” category, while other categories such as “Games” will be semi-to-fully automated.

From a development standpoint Microsoft is pitching the Store not only as an easy to access storefront for their wares, but as a source of analytic/telemetry information. Developers will have access to sales data (including sales relative to category leaders), crash reports, certain usage statistics, and other types of information commonly seen in other application stores.

Finally for developers, Microsoft is also looking at what they can do to beat Apple when it comes to application submission and approval. The Windows Store will of course have content restrictions and technical requirements, and Microsoft is looking to capitalize on making those mechanisms transparent versus Apple’s black box process. The Store’s terms have not been finalized yet, but Microsoft is promising that they’ll clearly outline what will be acceptable for the Store. For applications already submitted to the Store there will be a status page developers can access that will tell them which stage their application is currently at: pre-processing, security testing, technical compliance, content compliance, signing and publishing, and finally release. Microsoft’s technical compliance requirements will be public, and developers will have access to the tools needed to test technical compliance ahead of time to confirm compliance before submitting it to Microsoft.