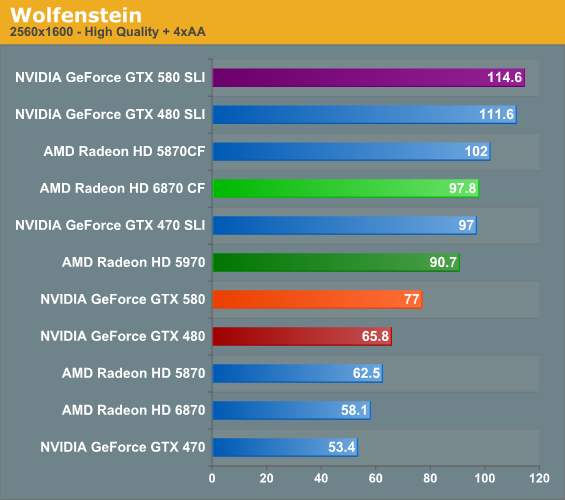 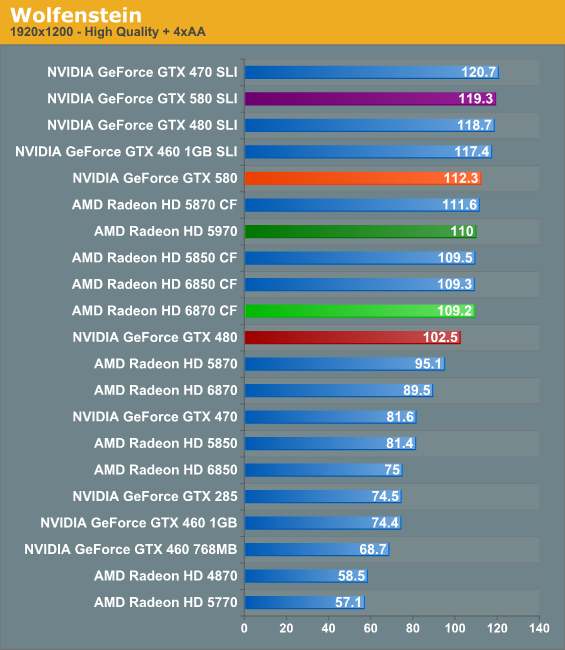 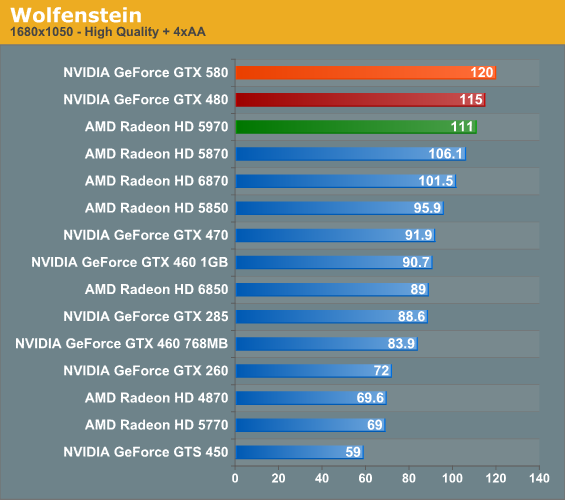 Wolfenstein ends up getting CPU bound rather quickly, particularly with multi-GPU in the mix. Only at 2560 can these cards really get out and stretch their legs, and even the 480 SLI is likely approaching the cap. With that in mind the GTX 580 ends up splitting the difference between the GTX 480 and 5970 – the 5970 is around 17% faster than the 580, followed by the 580 being about the same difference from the 480.