Moving on from our look at gaming performance, we have our customary look at compute performance, bundled with a look at theoretical tessellation performance. Unlike our gaming benchmarks where NVIDIA’s architectural enhancements could have an impact, everything here should be dictated by the core clock and SMs, with shader and polymorph engine counts defining most of these tests. 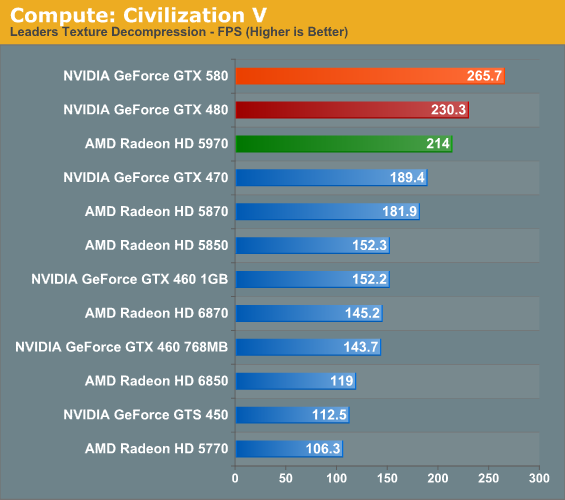 We previously discovered that NVIDIA did rather well in this test, so it shouldn’t come as a surprise that the GTX 580 does even better. Even without the benefits of architectural improvements, the GTX 580 still ends up pulling ahead of the GTX 480 by 15%. The GTX 580 also does well against the 5970 here, which does see a boost from CrossFire but ultimately falls short, showcasing why multi-GPU cards can be inconsistent at times. 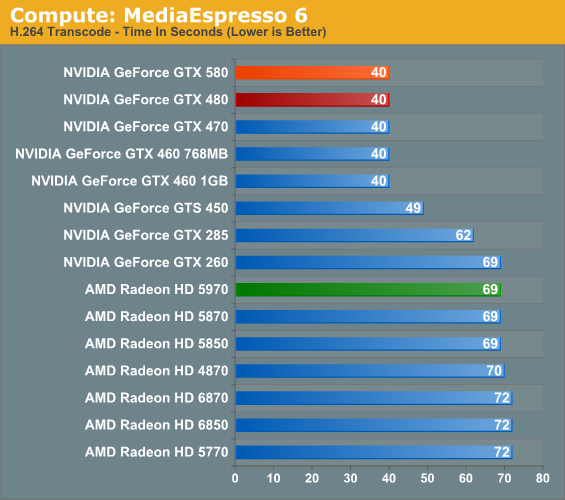 We throw MediaEspresso 6 in largely to showcase that not everything that’s GPU accelerated is GPU-bound, as ME6 showcases this nicely. Once we move away from sub-$150 GPUs, APIs and architecture become much more important than raw speed. The 580 is unable to differentiate itself from the 480 as a result.

Our third GPU compute benchmark is SmallLuxGPU, the GPU ray tracing branch of the open source LuxRender renderer. While it’s still in beta, SmallLuxGPU recently hit a milestone by implementing a complete ray tracing engine in OpenCL, allowing them to fully offload the process to the GPU. It’s this ray tracing engine we’re testing. 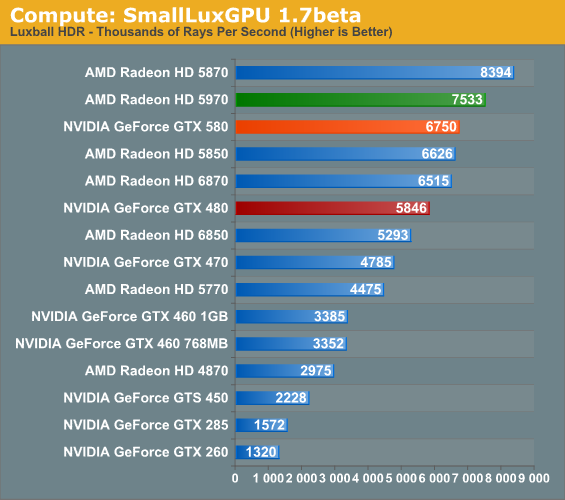 Our final compute benchmark is a Folding @ Home benchmark. Given NVIDIA’s focus on compute for Fermi and in particular GF110 and GF100, cards such as the GTX 580 can be particularly interesting for distributed computing enthusiasts, who are usually looking for the fastest card in the coolest package. This benchmark is from the original GTX 480 launch, so this is likely the last time we’ll use it. 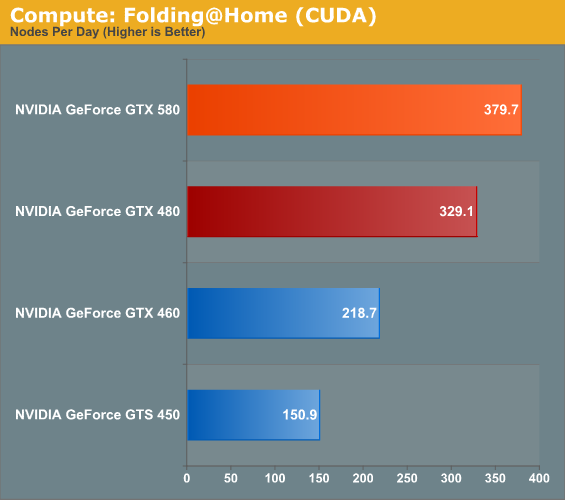 If I said the GTX 580 was 15% faster, would anyone be shocked? So long as we’re not CPU bound it seems, the GTX 580 is 15% faster through all of our compute benchmarks. This coupled with the GTX 580’s cooler/quieter design should make the card a very big deal for distributed computing enthusiasts. 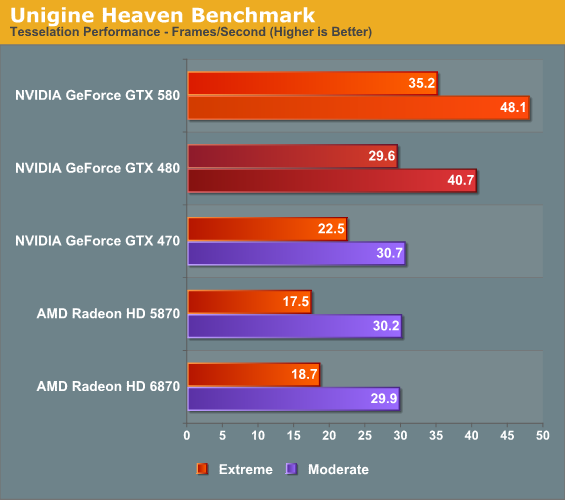 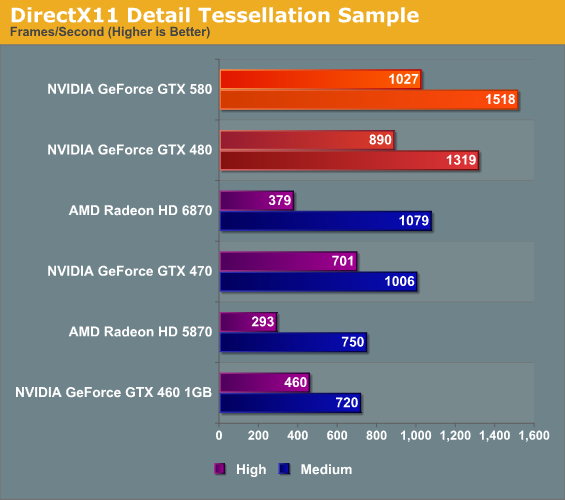 NVIDIA likes to heavily promote their tessellation performance advantage over AMD’s Cypress and Barts architectures, as it’s by far the single biggest difference between them and AMD. Not surprisingly the GTX 400/500 series does well here, and between those cards the GTX 580 enjoys a 15% advantage in the DX11 tessellation sample, while Heaven is a bit higher at 18% since Heaven is a full engine that can take advantage of the architectural improvements in GF110.

Seeing as how NVIDIA and AMD are still fighting about the importance of tessellation in both the company of developers and the public, these numbers shouldn’t be used as long range guidance. NVIDIA clearly has an advantage – getting developers to use additional tessellation in a meaningful manner is another matter entirely.