Most of my Atom experience has happened under Windows XP, Vista and Linux in that order. Until the ASUS Ion board, I’d spent very little time with an Atom platform under Windows 7.

When I reviewed the Zotac board I ran all of my tests with an Intel SSD so I could compare the results to other CPUs in Bench. The SSD made the experience a lot more bearable since the only thing I ended up waiting on was the CPU, rather than the CPU and a slow hard drive. Under Windows 7, the combination is even more impressive.

I’m not sure if it’s just that the UI is snappier or the core parking and other threading enhancements in Windows 7 really shine on such a low performing processor, but the whole system is a lot more usable now.

I’m even using a slower Indilinx SSD this time around and the system actually feels decent. The only time you realize that you are very CPU bound is when installing or using an application that you’ve used previously on a modern desktop/notebook. Everything takes longer to run, but with a good SSD the system doesn’t feel nearly as slow as it actually is.

The worst combination is a slow hard disk that’s thrashing like crazy and a slow CPU that takes forever to do anything with the data its pulling off the disk. With these Ion platforms you’re stuck with the slow CPU, but fixing the disk problem seriously improves the overall experience. It won’t turn the Ion into a high end gaming machine, but it’ll make it a lot more bearable.

My favorite thing about the first generation Microsoft Xbox? Xbox Media Player. Microsoft, like virtually all console makers, sold the Xbox at a loss in order to create a large install base. At the time, it meant you were getting a full fledged PC for under $300. Remember that this was in the time before netbooks and nettops, so you were getting a pretty good deal.

A community of smart folks realized that you could modify the original Xbox to run homebrew code. And it wasn’t too much longer before Xbox Media Player (XBMP) was born. Back then there weren’t many great ways of getting content on your PC to your TV; if you had an Xbox it was already hooked up to your TV, you just needed a way to stream videos. Xbox Media Player did that.

XBMP evolved into Xbox Media Center (XBMC) but the requirements of playing higher quality videos quickly outpaced what the Xbox’s 700MHz Celeron could muster. Today, the XBMC community is thriving and the software has been ported to Windows, OS X as well as Linux. 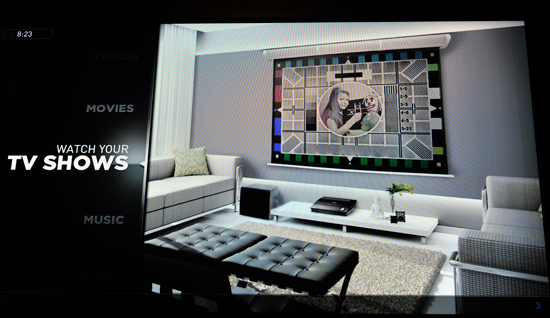 One of the default XBMC skins

NVIDIA enjoys particularly good driver support for Ion under Linux, including full support for hardware H.264 acceleration through VDAPU. I’d never tried XBMC on an Ion so I thought I’d give it a try on the ASUS board. 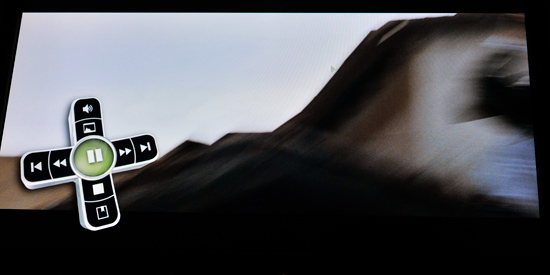 On screen controls while playing movies

Like most of these projects, XBMC is largely supported through a very active forum. This thread shows you how to install XBMC on the Acer Aspire Revo (an OEM Ion system). Thankfully the hardware is similar enough that the same methods also apply to the ASRock, ASUS and Zotac Ion boards as well. 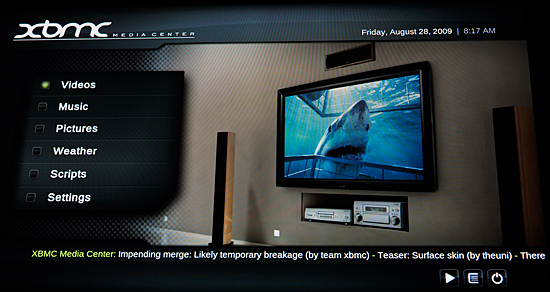 I downloaded the XBMC Live image from here. That particular image already has NVIDIA drivers that properly recognize the Ion and enable hardware H.264 acceleration. It’s a Live image so you can boot from it directly without even touching your hard drive if you just want to try it out. Following the instructions in that thread, I had a fully usable XBMC setup in minutes. And to be honest, it was pretty sweet. 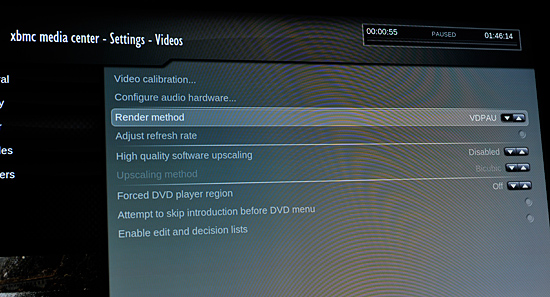 The XBMC interface is great and skinnable. The default skin is clean and easy to use, but there are even more impressive options available on the web.

What impressed me most about the XBMC experience on Ion was how easy it was to setup and how fast the interface was. Obviously we’re still quite limited by the Atom processor, but this thing felt much quicker than when I tried MCE Video Browser on the Ion earlier this year. It didn’t actually feel sluggish; I saw some choppy transitions at times but it was totally usable. Not to mention much better than most UIs on traditional CE devices.

If you’re looking for a way to stream content to your TV, I’d strongly recommend giving XBMC a try on the Ion. It works very well and delivers a clean, easy to setup, easy to use HTPC experience that’s fully hardware accelerated by NVIDIA’s Ion.