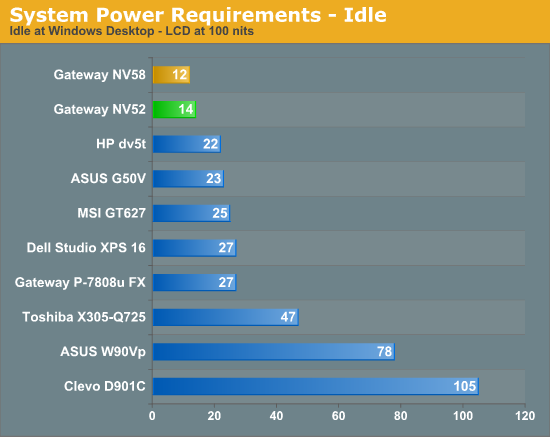 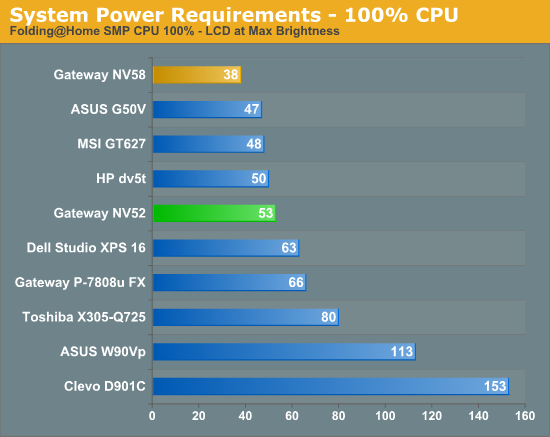 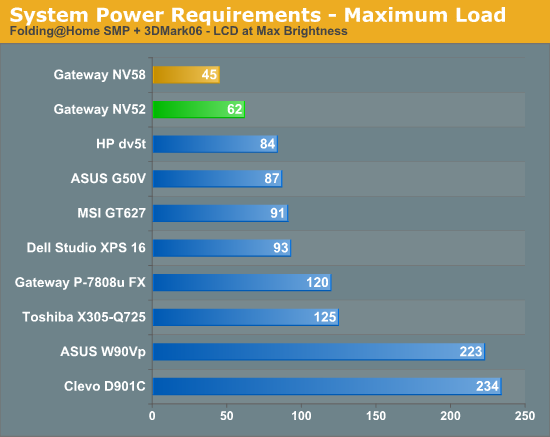 The power requirements at various loads help explain the battery life situation better. At idle, the Gateway Intel and AMD laptops are relatively close. AMD still uses about 2W more, but it's possible chips like the Turion X2 Ultra could close gap. We're hoping to get an appropriate ZM series processor to run the tests, but the real problem is when we look at load power requirements. Putting a 100% CPU load on the system using Folding@Home SMP, the 2W difference suddenly balloons to 15W. The IGP doesn't appear to be a major contributor to the power increase, as maximum load is only slightly higher at 17W. It's clear that the Intel processor never comes near the rated 35W TDP, since the whole system only uses slightly more than that when the CPU is at 100%. The AMD CPU on the other hand very likely does come close to the 35W TDP. That explains why the AMD system does so poorly in battery life tests that tax the CPU more. 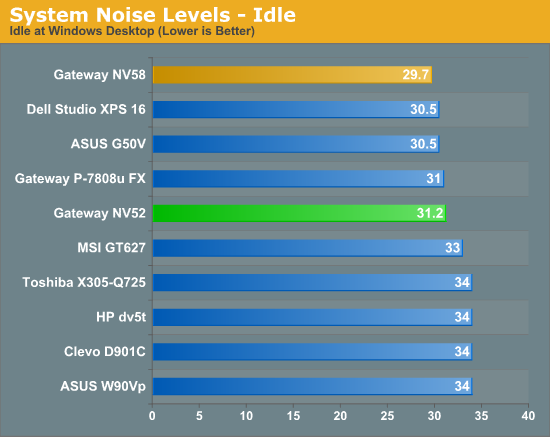 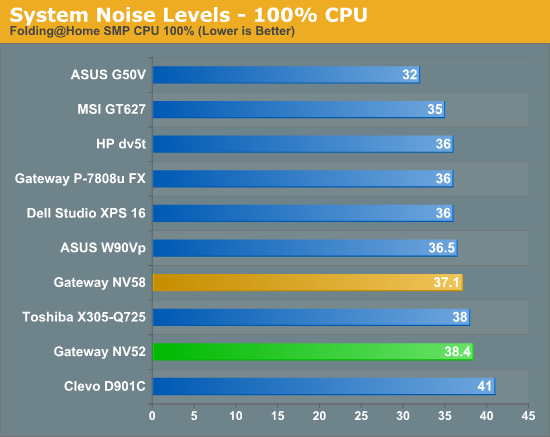 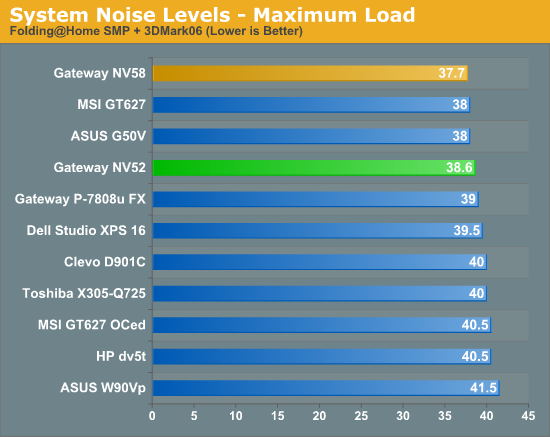 The noise levels correspond to power requirements, as expected. The Intel system is almost completely silent when idle, but the AMD system fluctuates - sometimes it's almost silent, but most of the time the fans spin up and raise the noise level above ambient. The AMD system gets noticeably louder under load conditions, although relatively speaking neither laptop is particularly loud.