The combination of two is called the Ion platform and the reference design fits into a pico-ITX form factor: 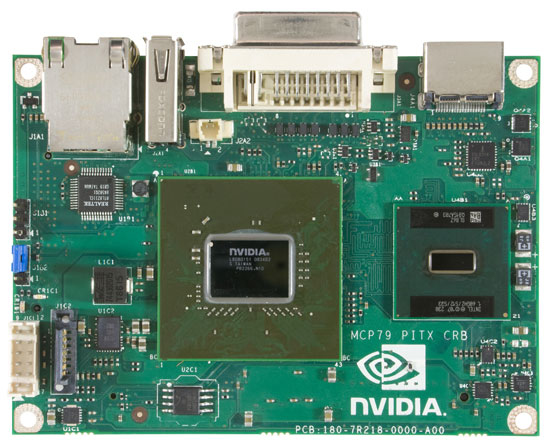 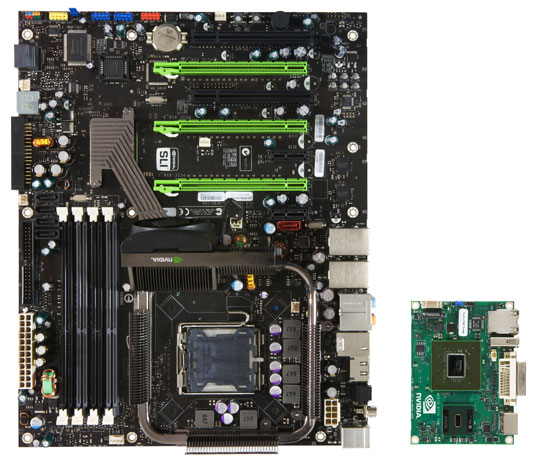 An ATX motherboard (left) vs. a Pico ITX Ion board (right)

The reference motherboard is very simple; you’ve got an Intel Atom CPU and a GeForce 9400M next to each other, a single SATA connector and a DDR3 SO-DIMM slot on the other side of the board. And this little thing is powerful enough to play HD video (8 - 25Mbps H.264): 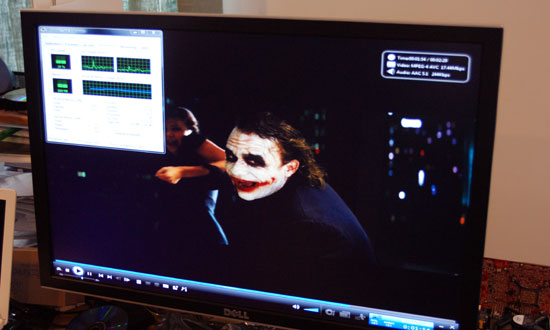 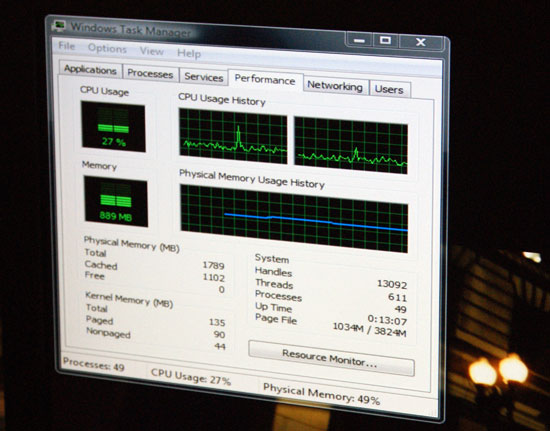 Note that this is the very same 9400M that’s in the new Apple notebooks, not a watered down version, the clocks, features and performance are the same (although presumably OEMs could choose to underclock the graphics core for particularly power/heat sensitive applications). 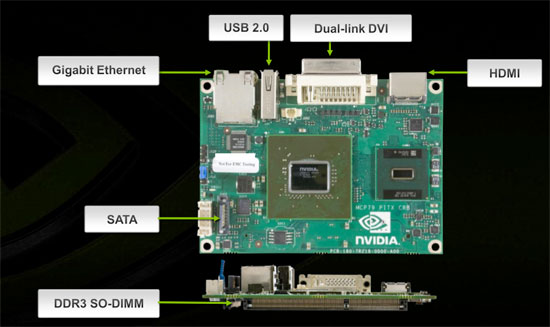 NVIDIA even built an ugly looking reference machine to show you what was possible with Ion:

That’s an entire PC, along with a 2.5” HDD, it ran Windows Vista just fine and had no problems playing HD video. It can even play games although we didn’t get a chance to see any run on it. 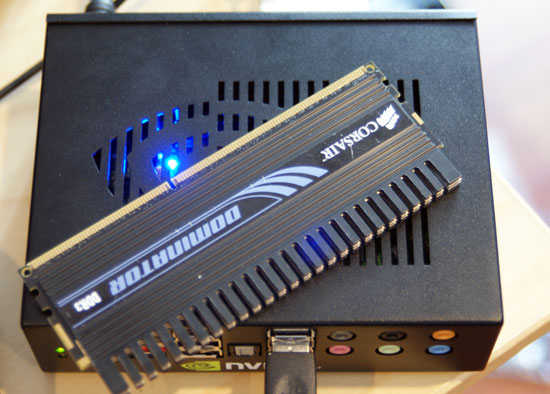 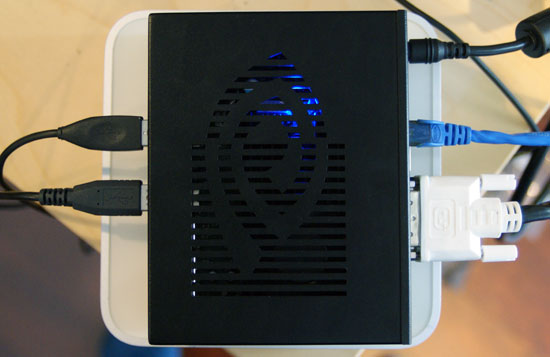 Ion on top of a Mac mini 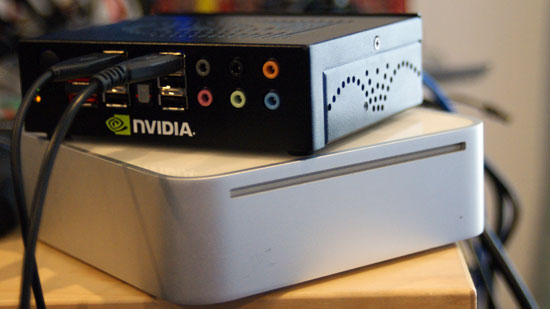 Ion vs. Mac mini once more

NVIDIA claims that a netbook running with the Ion platform should have the same battery life as one running on the conventional Atom + 945G setup.

NVIDIA wasn’t able to leave us with an Ion system to test before today’s announcement, but we have seen it operational - it works and it’s tiny. NVIDIA’s vision for Ion extends far beyond netbooks and cheap PCs, systems based on Ion could easily be powerful HTPC front ends connecting to networked storage.

Let me also point out that since this is the same 9400M chipset we’ve reviewed, Ion has full support for 8-channel LPCM over HDMI. That’s even more capable than most ATX HTPCs. If you tossed a 500GB 2.5” HDD in one of these things, you could carry your HTPC with you. That’s probably a silly usage model but it highlights the power and versatility of this platform. Ion is cool.