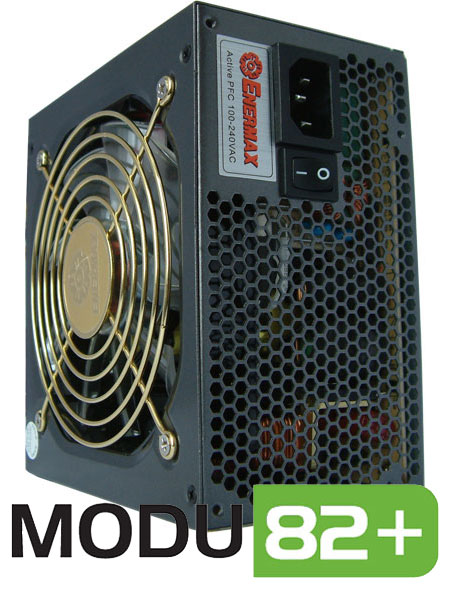 The new Modu82+ series is all about cable management. Included is a very intelligent system that allows the user to be ready for any changes in the future, according to Enermax. We will find out later if this is the case. The package promises up to 88% efficiency, which is a very high goal to reach. We will also pay attention to the fan controller, as it's another new invention according to the manufacturer. Enermax also angled the metal plate at the fan to lower the acoustic noise when the air comes through. 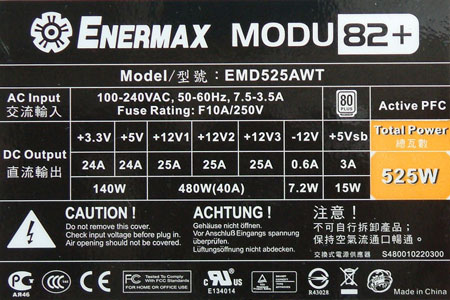 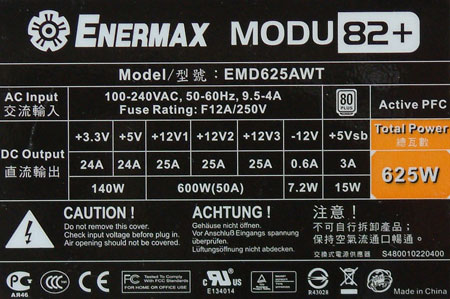 We received the 525W and 625W models for testing. There is also a 425W version of the Modu82+ series. Both of our samples have very similar specifications. All the rails have the same rating; the only difference is the combined power of the three 12V rails. All three specify 25A on both versions, but the combined power of the 525W is 480W (40A) while on the 625W it's 600W (50A). This can only be done with different limiters on these rails. The 12V rails are the most important, but the smaller voltage rails are all rated at 24A, which is enough for today's systems.