Last month's price cuts not only made it tempting to build a new PC today, but they also brought quad-cores within the reach of mid-range budget systems.

For $266 you now have a tough decision to make: do you buy two 3.0GHz cores or four 2.40GHz cores? In our last review we found that if you're doing any amount of 3D rendering or media encoding, the Core 2 Quad Q6600 at $266 ends up being the better value. Of course, if you want the best of both worlds you could always overclock the 2.40GHz Q6600, giving you four, much faster cores.

In between major architectural revisions of processors, a core will go through multiple revisions or steppings. These steppings can be simple manufacturing tweaks, allowing for cooler operation, or they can include bug fixes and slight performance improvements. Performance improvements are rarely tangible, if even measurable in most cases, but the point is that these cores evolve over time. AMD and Intel learn better, more efficient ways to produce the chips over the lifetime of the processors and they incorporate the learnings into later revisions of the processors.

The original Core 2 processors that launched in July of last year were stepping B1, they were later replaced by a B2 stepping. Intel quietly introduced a new core with only 2MB of L2 cache (instead of 4MB with only half enabled), and thus we gained two more steppings: L2 and M0. The quad-core processors use a slightly different core stepping as well: B3. More recently, Intel introduced yet another revision to its Core 2 microprocessors: the G0 stepping.

G0 fixes a handful of bugs, but most of them were minor and or have software workarounds in play. The more noticeable aspect of G0 is its lower power consumption, which some have proposed as meaning G0 cores may be better overclockers.

How do you know what stepping you've got? CPU-Z will tell you exactly what you're running, but you can also look at the CPU itself or the box it came in if you've got a retail chip.

Intel encodes the core stepping, cache size, frequency, package, FSB and more into a five character code called an S-Spec. You can use Intel's Processor Finder to decode almost any S-Spec, although there are some limitations.

The new G0 stepping chips have the following S-Specs:

Here we have the new G0 based SLACR S-Spec on a processor box: 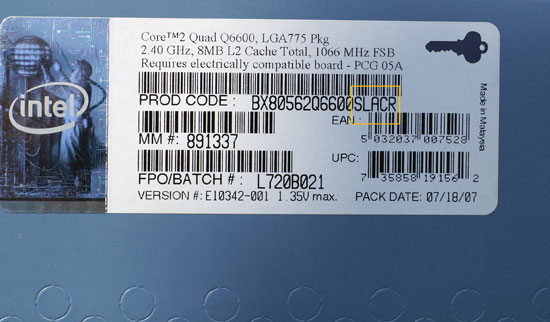 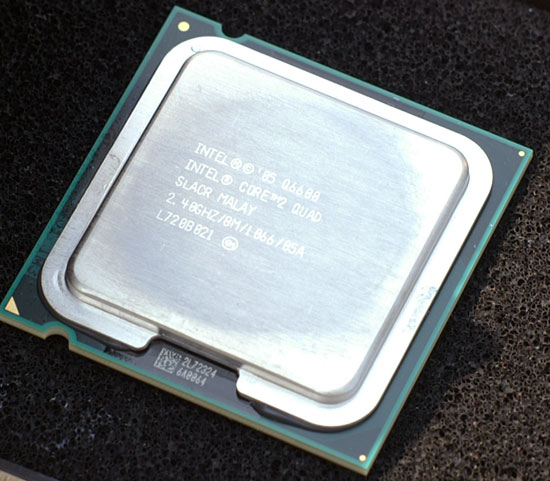 Some vendors will even go as far as to hand select only G0 processors, advertising them as such. The question we're here to answer is whether or not the G0 based Q6600, (S-Spec: SLACR), is noticeably better than its B3 predecessor (S-Spec: SL9UM). 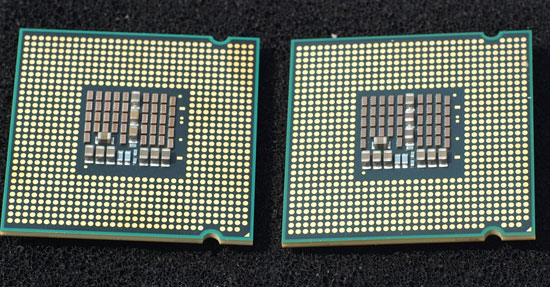