Back in June we brought you our initial preview of Microsoft's forthcoming Windows release, Windows Vista, based on the Beta 2 revision. While we found that Vista had some important technological advances and other related changes in the works, our perception was tempered by the still-unpolished nature of the operating system, which was holding Vista back. As of Beta 2, Vista had potential but the execution was lacking, giving us some doubt if Vista would be able to best Windows XP upon its release.

Since that build was published approximately 2 months ago, Microsoft has been taking in user input from its beta-testing community, and putting more polish on to Vista where it needs it the most. Since then, Microsoft has released 2 interim builds to its private beta testers, including the latest build, 5472. Today we get the chance to see what kind of progress Microsoft has made in the last 2 months.

As we mentioned in our initial preview, not all of the UI elements of Vista were complete as of the Beta 2 release, and further elements needed to be refined in to something more usable. The Vista Basic theme, designed to be used when the 3D accelerated desktop composition engine couldn't be used, was slated to be replaced in a later build. It has since been replaced, however "replaced" is too strong of a word in this case. Refined would be a better choice, as the only significant changes are a change in the color scheme and slightly larger buttons in places. It's a better color choice (chrome was a bit odd without Aero's transparency), but otherwise it looks like the Basic theme will be functionally the same as what we saw in Beta 2. 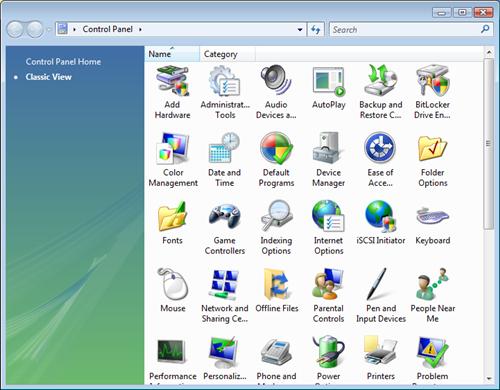 The default cursor set for Vista has also been replaced from the traditional arrow/hourglass configuration found since the early days of Windows, to a new arrow/ring set oddly similar to Mac OS X's beach ball. The beach ball has a particularly negative image in the Mac community (e.g. the spinning beach ball of death), so this may not have been the finest choice for Microsoft. None the less, the ring is now also used in several other locations in Vista besides the cursor as a way to indicate the system is waiting on an operation to finish, so it doesn't look like this new design will be going away any time soon. 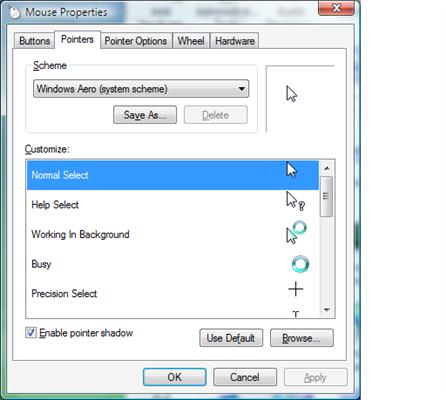 Flip3D has also seen some changes, but these are limited to cosmetics and not an overhaul of an ability we found severely lacking last time. The big change here is that the windows are finally being anti-aliased to a degree, resolving some of the inherent ugliness of the rotated view, however anti-aliasing is only a compensation tool in this case, so it does not completely resolve the generally jagged look of Flip3D. 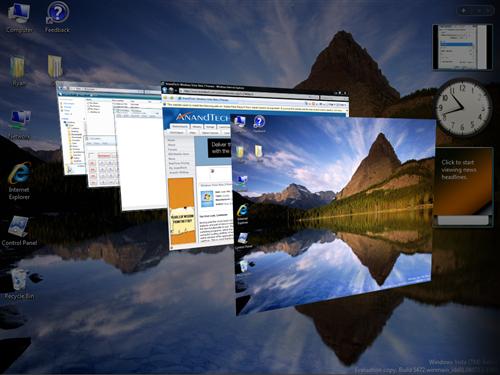 Last but not least, User Account Control notifications have been tamed a good deal, which is good news considering our concern over them as of Beta 2. It's still not perfect, but we've found that as of this build Vista didn't seem to be asking for quite so much confirmation of actions, and it seems the default behavior of these notifications have been changed so that they no longer take immediate control of the UI and require being resolved before the user can continue. Now they act more like a traditional program, where the notification goes in to the background and doesn't need to be addressed until the user decides to deal with them. We can see how this may end up confusing to some users, but a more technical crowd will find this a much more desirable behavior.

With that resolved, our biggest complaint at the moment is Vista's inability to comprehend that certain programs need to always be run in administrative mode, and as such UAC prompts each and every time the program is run is tiring. Vista offers some ability to configure this already via Vista's policy editor, but the default behavior for programs that will always be run with administrative powers should be that they shouldn't require approval after the first execution.