Pat Gelsinger, in his new role at the helm of Intel's Digital Enterprise group, kicked off today's keynote with a recap on Intel's Active Management Technology (AMT) and its uses. 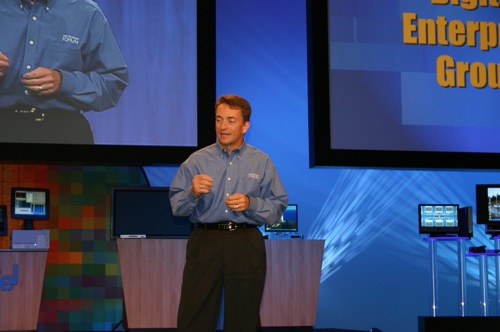 The most interesting AMT demonstration occurred earlier in the week and used AMT in combination with Intel's Virtualization Technology (VT) to provide a more secure Ethernet connection. 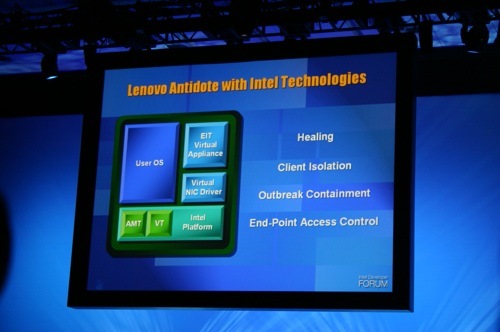 The idea is to virtualize the Ethernet connection, providing your primary OS with a virtual NIC driver that all Ethernet traffic goes over. The actual NIC resides within its own virtual OS that can be secured more effectively, thus making the overall platform more secure. 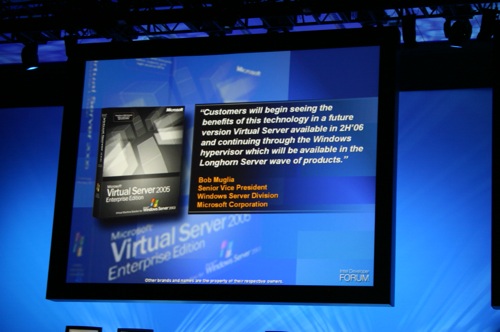 Pat made the world's first demo of Microsoft's Virtual Server 2005 Enterprise Edition with VT technology. The demo was running on a Xeon system with 3 virtual machines: a NT4 legacy OS, a SQL server partition, and a Web Server partition. 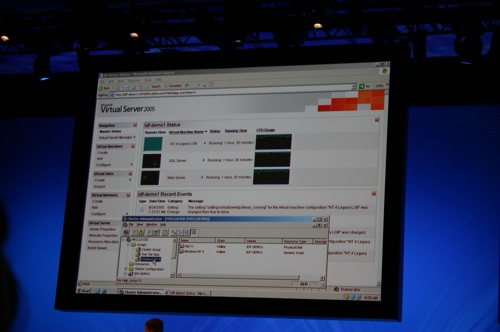 The next part of the demo was to migrate one of these virtual machines, the NT4 partition, to a separate physical system on the fly, without rebooting. 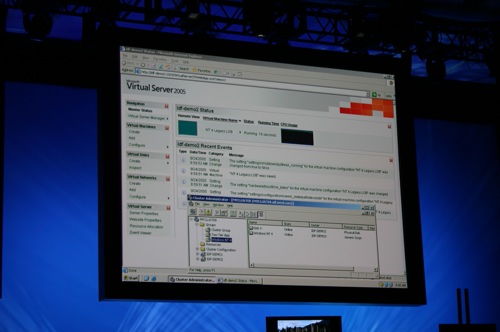 Literally the process was no different than making a few clicks, and in a matter of moments the entire virtual OS partition was sent to another Xeon server on the network. The implications of this sort of ease of movement on the enterprise environment is huge; now if you have one overloaded server with a number of OS partitions and you migrate to a two server network, instead of having to completely reinstall all software when the new server is brought into the network, simply power up the new server and move the virtual OS that will reside on it.

Pat also made the first demonstration of VMware ESX Server 2 with VT support.

This demo was to showcase isolation between the virtual OS partitions, where Pat made one OS crash and noted that crash's independence from the other two running OSes. 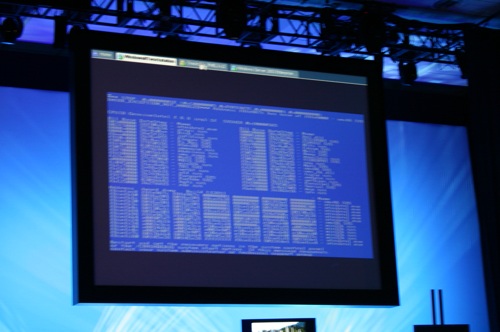 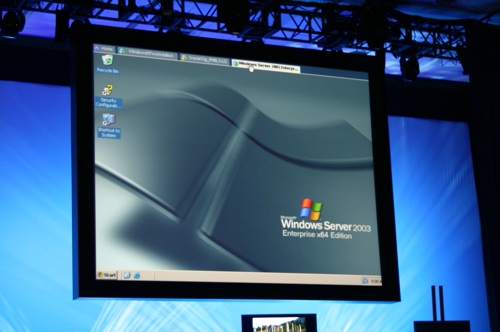 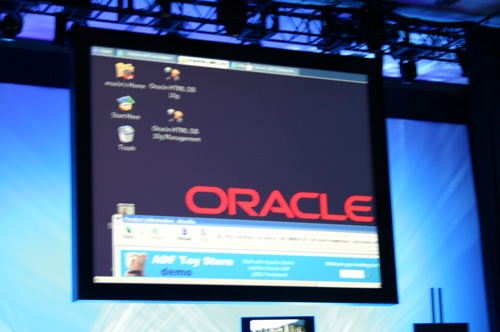 As did the Linux partition

VT will be in Pentium 4 66x and 67x platforms by the end of this year, and early next year in the Pentium D. 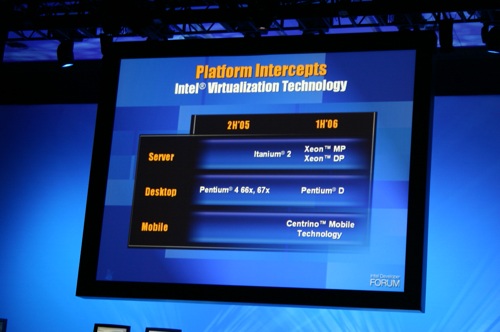 Intel also mentioned that they will be migrating VT over time to including support for things like graphics. 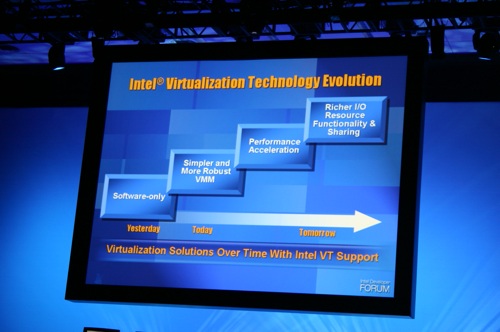