While not directly released to the Google Tensor, I also finished running the various battery tests for the Pixel 6 and Pixel 6 Pro, and there are some remarks to be made in regards to the power efficiency of the devices, and how the new SoC ends up in relation to the competition. 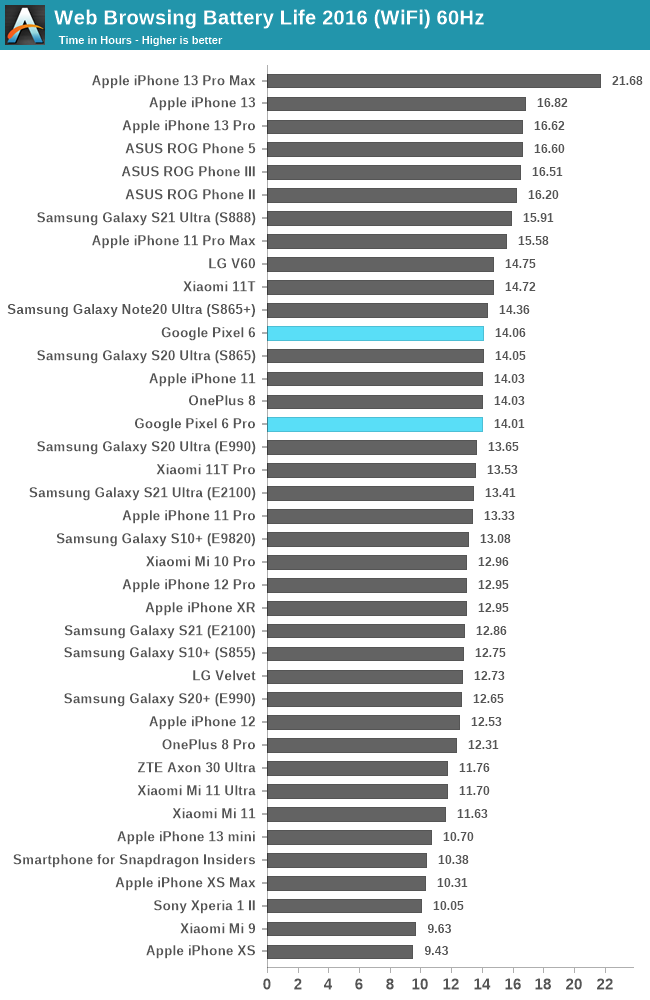 Starting off with the 60Hz web browsing results, both Pixel phones end up extremely similar in their longevity, at 14 hours runtime. The regular Pixel 6 is hard to compare things to as we don’t have too many recent phones with 90Hz displays in our results set, however the Pixel 6 Pro should be a direct comparison point to the S21 Ultras, as both feature 5000mAh batteries and similar display characteristics. The P6Pro here ends up slightly ahead of the Exynos 2100 S21 Ultra, which might not be too surprising given that the Tensor chip does end up at somewhat lower CPU power levels, even if performance is lower. It’s still quite behind the Snapdragon 888 variant of the S21 Ultra – which is again quite representative of the SoC efficiency differences. 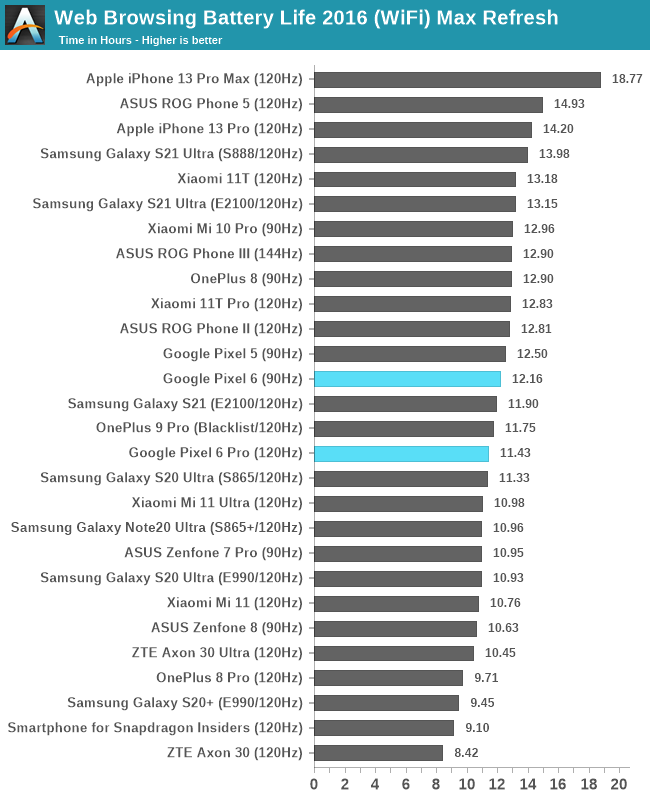 Running the phones at their respective max refresh rates, both devices see larger drops, however the Pixel 6 Pro especially sees a more substantial hit. This time around, the 6 Pro ends up significantly behind the Exynos 2100 S21 Ultra, which had only a minor drop in the 60 -> 120Hz results. 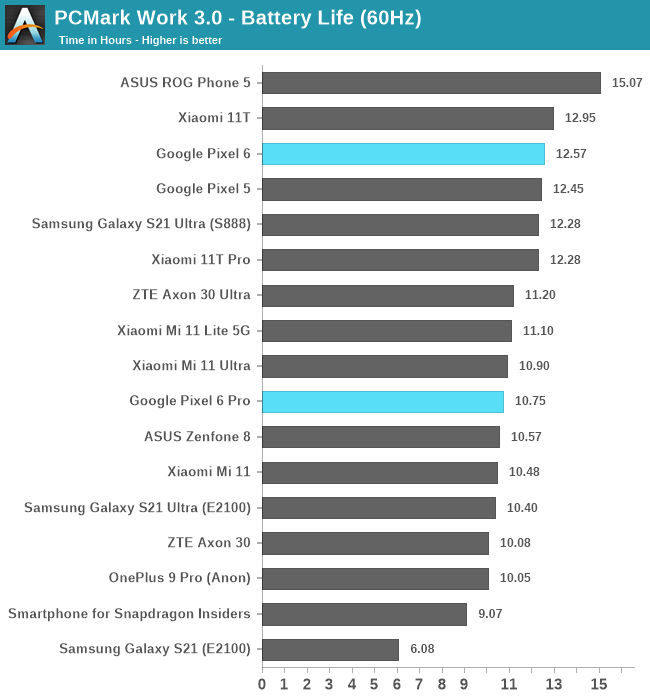 Shifting over to PCMark at 60Hz, we see that there’s a larger difference in favour of the Pixel 6, as the Pixel 6 Pro ends up behind it in longevity by almost two hours. The 6 Pro still ends up in line with the E2100 S21U, however that device showcases significantly higher performance numbers in the test, which acts both as a performance metric for device responsivity as well as a battery life test. 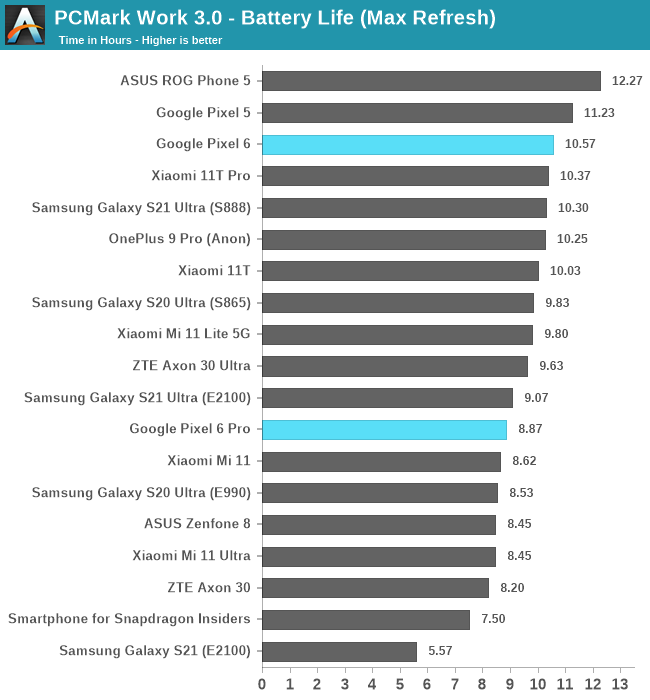 When I was investigating the phones, the 6 Pro’s power behaviour was quite weird to me, as I saw best-case baseline power figures of around 640mW, and sometimes this inexplicably would also end up at 774mW or even higher. What this reminded me of, was the power behaviour of the OnePlus 9 Pro, which also suffered from extremely high baseline power figures. Both the 6 Pro and the 9 Pro advertise themselves as having LPTO OLED panels, but both of them very clearly do not behave the same as what we’ve seen on the Note20Ultra or the S21Ultra phones. The 6 Pro also only goes up to up to 750 nits 100% APL peak brightness in auto-brightness mode under bright ambient light, which is significantly lower than the S21U’s 942 nits. I think what’s happening here is that the Pixel 6 Pro simply doesn’t have the most state-of-the-art display, and thus is quite less efficient as what we find on the competition. It does kind of make sense for the price-point of the phone, but also explains some of the battery behaviour.

Naturally, the Tensor SoC also just doesn’t appear to be as efficient. Particularly many UI workloads would be run on the A76 cores of the chip, which just outright have a 30% perf/W disadvantage. The phone ends up OK in terms of absolute battery life, however performance metrics are lower than other devices.

I think the regular Pixel 6 here is just a much better device as it doesn’t seem to have any particular issues in display efficiency, even if it’s just a 1080 90Hz panel. There are naturally experience compromises, but it’s also a $599 phone, so the value here is very good.

US readers who are used to Qualcomm phones might also encounter efficiency regressions when under cellular data – we abandoned doing testing here many years ago due to the impossible task to get consistent test environments.