The display of the iPhone XR is likely its most discussed hardware feature, simply because Apple chose to diverge from the OLED screens on the XS models and instead use a more traditional LCD screen. While that in itself shouldn’t have caused too much talk, Apple also made the interesting choice to go with a relatively low-resolution 1792 x 828 panel. This represents a lower pixel density than what we would expect out of a sizable 6.1” (diagonal) display. 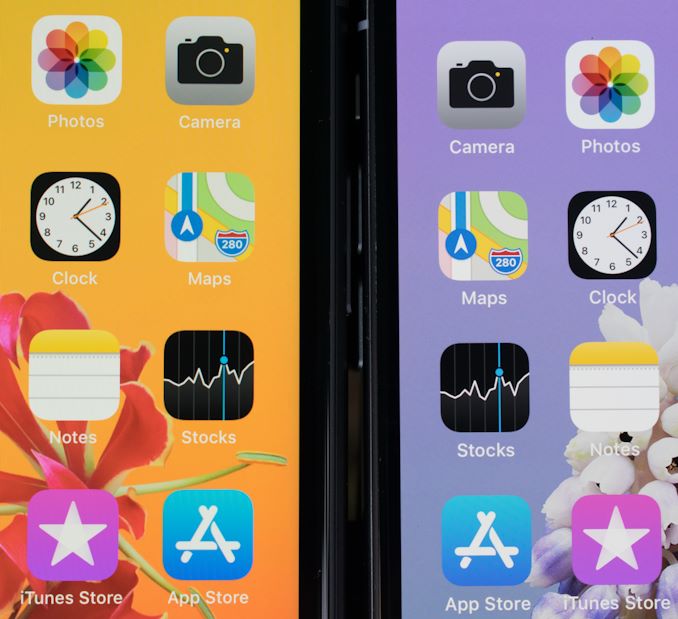 Cropping 1:1 areas with the same icons on both phones, we have almost the same feature sizes so it allows for a good direct comparison. 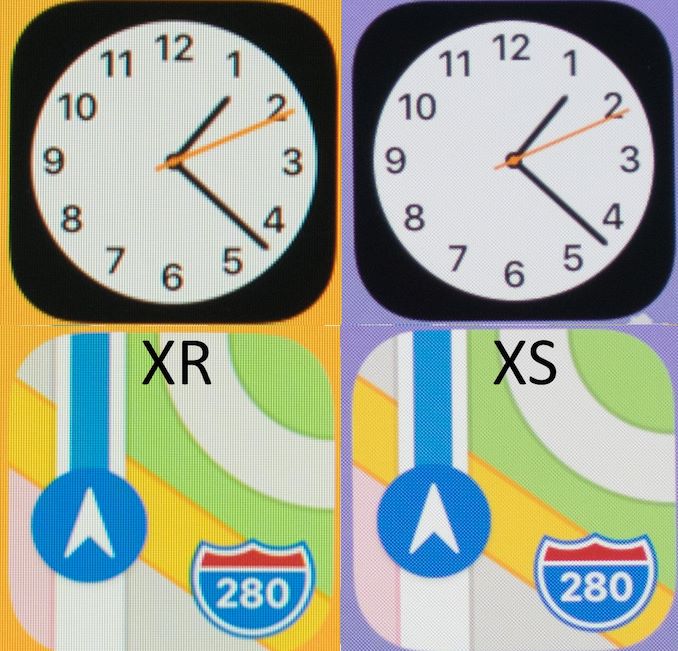 When you have both phones side-by-side, it very quickly becomes evident that the iPhone XR isn’t able to compete with the sharpness of the XS models. While the LCD panel does allows for better defined right-angle edges, its definition on anything else is clearly lower than that of the iPhone XS. The most evident difference of this is on text such as the clock icon’s numbers (the icon labels aren’t a good comparison because of different font sizes); here the XS panel is just very much ahead in practical spatial resolution.

In every-day use-cases where you would browse your phone at an arm-length away, these differences are hard to notice, and it should not cause any issues for the majority of users. Though if you do like to hold your phone close to your face – as I like to do late at night in bed – then you might find it hard to get used to the less defined and blurrier text of the iPhone XR. I think the main issue I have with the iPhone XR’s display is that it’s actually somewhat of a downgrade from the iPhone 8 Plus in terms of resolution – while I understand that Apple wanted to use a more affordable panel, I do think it would have prudent to at least match the 401ppi pixel density of an iPhone 8 Plus.

While the resolution of the iPhone XR screen is a debatable topic and is something that should be decided by users by experiencing it themselves, the other aspects of the LCD panel are things that Apple definitely got right: The screen offers absolutely excellent viewing angles, even when viewed from off-axis. This is a simple characteristic that many vendors often get wrong when choosing an LCD display panel, yet Apple always manages to be on-point in this regard.

We move on to the display calibration and fundamental display measurements of the XR screen. As always, we thank X-Rite and SpecraCal, as our measurements are performed with an X-Rite i1Pro 2 spectrophotometer, with the exception of black levels which are measured with an i1Display Pro colorimeter. Data is collected and examined using SpectraCal's CalMAN software.

At our standard 200 nits measurement point, the iPhone XR is absolutely spot-on in terms of greyscale accuracy, even though it’s just ever so slightly above a D65 white target. The colour temperature seems to vary with brightness, as at peak brightness the phone goes down to a 6500K average CCT. It’s to be noted at these levels the display has weak greens – I personally can’t perceive this just looking at the phone, but holding it side-by-side next to the XS makes it more apparent. Nevertheless, it’s not an issue in my view.

Peak brightness goes up to 694 nits on my unit – about 40 nits higher than what I’ve been able to measure on the XS and XS Max. The greyscale calibration here only seems to slightly miss one aspect: the gamma is just a bit too high, with an average of 2.28, and this seems to be skewed at higher brightness levels, where it can have a gamma of up to 2.4. We can see this in the greyscale comparison image, as we see some of the tones being slightly darker than the reference target. 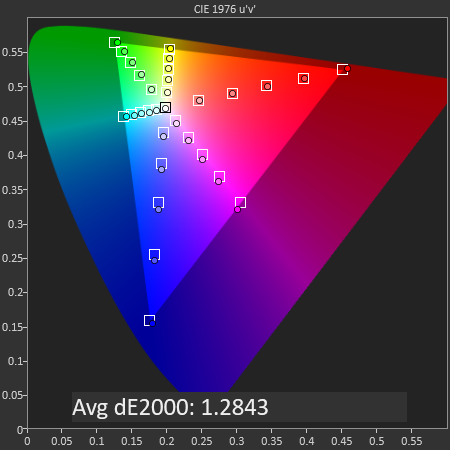 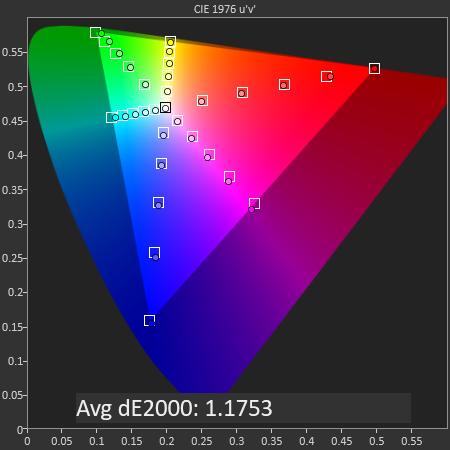 Apple has full support for colour management and the display as well as the OS is able to concurrently display sRGB content alongside wider gamut Display P3 D65 images. Saturation level accuracy in both gamuts is fantastic, coming in at DeltaE2000 of 1.24 and 1.17 for sRGB and P3 targets respectively. While the results are not quite as industry-leading as on the XS, they are both great results and you’d be very hard to perceive the differences. 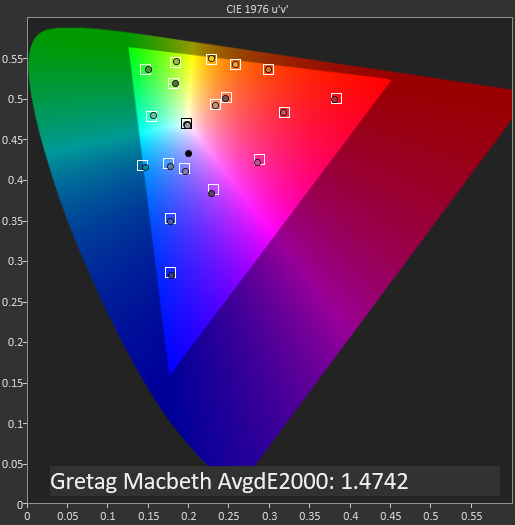 The Gretag MacBeth collection of commonly found color tones again showcases some good results, with a dE2000 of 1.47. The comparison image only shows a slight difference in the luminance of the tones, something that can be attributed to the higher gamma of the screen.

Overall, the iPhone XR display is a very high quality screen when it comes to its fundamentals such as brightness, contrast (for an LCD) as well as excellent viewing angles. Apple’s colour calibration, while not quite matching that of its XS siblings, is still beyond what we usually find in other smartphones and should represent absolutely no issue. And the slightly higher gamma should not be something that it perceivable in every-day use-cases.

The resolution of the screen is actually my only real gripe about the display, and I do think that Apple was a bit too conservative in this regard. I use my phones a lot at night in bed where I have the screen closer to me – and this is one case where I would prefer a higher resolution. Again this is a subjective view on the topic and you’d best evaluate it yourself in person – but even though all other aspects of the XR’s screen are excellent, it does feel like a compromise for the phone.