Continuing our SC12 related coverage today, while AMD was the first GPU announcement of the day they are not the only one. NVIDIA is also using the venue to launch their major GPU compute product for the year: Tesla K20. Upon completion of K20 a bit earlier this year, NVIDIA dedicated most of the initial K20 allocation to Oak Ridge National Laboratory’s Titan supercomputer, completing delivery on a contract years in the making. With Titan complete NVIDIA can now focus their attention and their GPU allocations towards making the Tesla K20 family available to the public at large. With SC12 and the announcement of the new Top500 list as their backdrop, today NVIDIA will be officially launching the Tesla K20 family of compute GPUs. 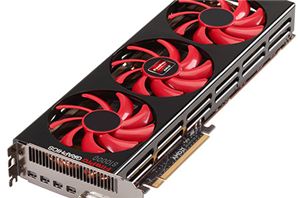 Kicking off this week is the annual International Conference for High Performance Computing, Networking, Storage, and Analysis, better known by its shortened name: SC. This year’s conference takes place...