Two days ago I flew out to VIA's Centaur headquarters in Austin, Texas to be briefed on a new CPU. When I wrote about VIA's Dual-Core Nano I expected the next time we heard from VIA about CPUs to be about its next-generation microprocessor architecture. While Nano still holds a performance advantage over Atom and Bobcat, it's still missing a number of key architectural innovations that both Intel and AMD have adopted in their current generation hardware (e.g. GPU integration, power gating). Much to my surprise, the meeting wasn't about VIA's next-generation microprocessor architecture but rather the last hurrah for Nano: a quad-core version simply called the VIA QuadCore. Read on for details on VIA's first quad-core CPU. 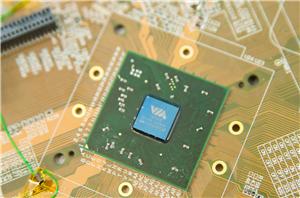 I haven’t had an official product briefing with VIA in years. The last time I met with a representative from the company was two years ago outside of IDF...