Tony was first up to the plate with his build. The choice of the overclockable Pentium combined with the GTX 960 makes it more of a gaming focused system, reinforced by the portable aspects of the case but perhaps limited by the smaller SSD. This build is more focused on portability though, with the expectation that the underlying motherboard and power supply can remain constant over the course of a degree with minor upgrades in time.

The G3258 is the anomaly in Intel’s product line, released last year as an ‘overclockable anniversary edition’ celebrating 20+ years of the Pentium line. We reviewed it when it was released, and Intel’s goal here was in part to reinvigorate overclocking but also provide a high-frequency lower end part. Intel were cautious however, as due to the dual core with no HyperThreading (which is a Core i3), the G3258 even overclocked can get bogged down when high compute power is needed, even when it hits 4.2 GHz and above. That being said, at $70 it comes in around 50% cheaper than the nearest i3, and still has a high frequency to provide a good responsiveness in single threaded tasks. 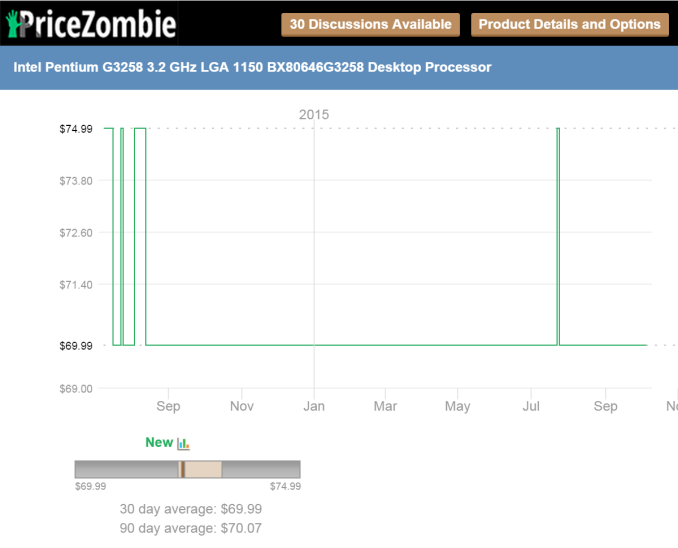 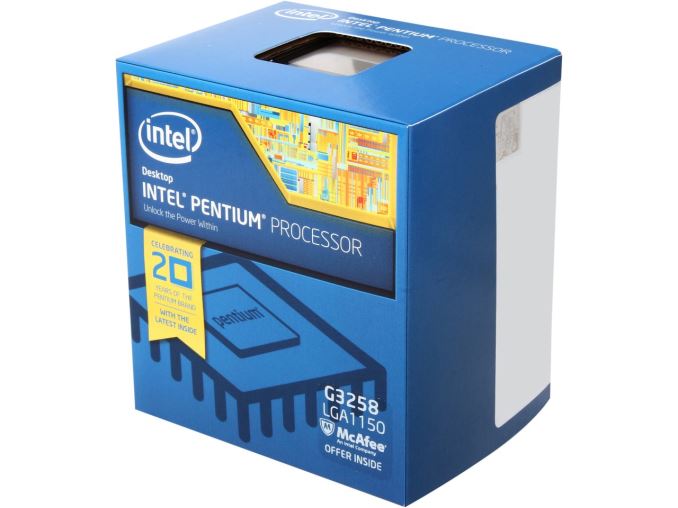 Small form factor motherboards have a tough time to retain all the features of the full sized variants and still be cost effective – sometimes engineering it all into a smaller space takes time and research. As a result we usually see mITX motherboards a little stunted, with fewer DRAM slots, PCIe slots and/or SATA ports as a result. Each generation still comes with a healthy array of $80-$150 boards in this size, and the ASRock H97M-ITX/ac is no different. This one comes with 802.11ac 2x2 WiFi, allowing for more mobility around a dorm room, power connectors in the right places to make it easier to build as well as a trio of options for video output and USB 3.0. The H97 chipset is a little oddball here, wherein it should allow CPU overclocking, and it will be interesting to see how far this four-phase motherboard can push the G3258. 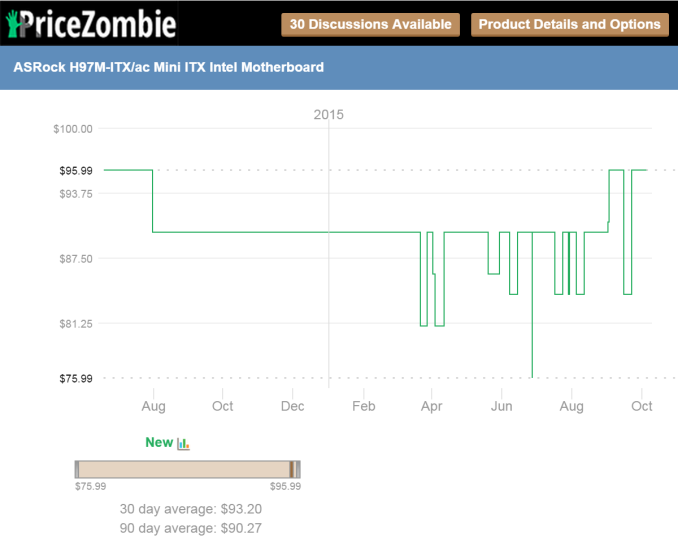 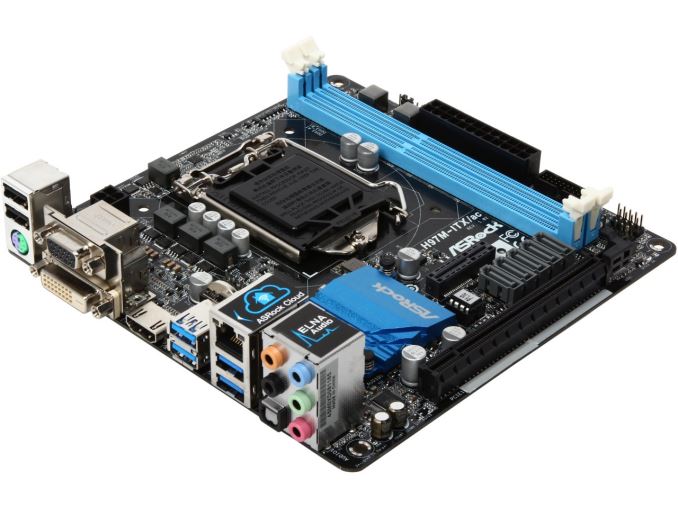 When using a Pentium class processor, gaming is very limited beyond support for various APIs, acceleration tools, or basement settings for eSports/indie titles. Tony added in a GTX 960 for good measure, going for Zotac’s pre-overclocked model for an extra kick. This is still a middle class GPU for 1080p gaming, but should raise the bar to near maximum settings on popular LAN titles such as CS:Go  and allow a foray into some high profile games. The extra money that was ‘saved’ by staying at a Pentium means that this GPU gets another $30-40 on it. 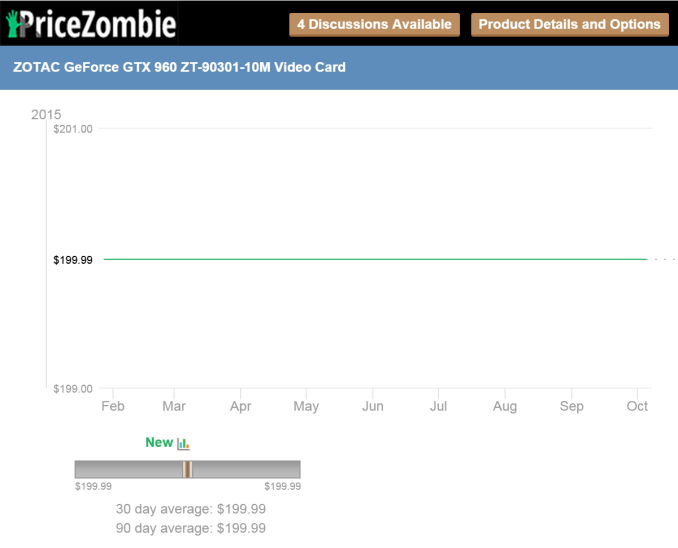 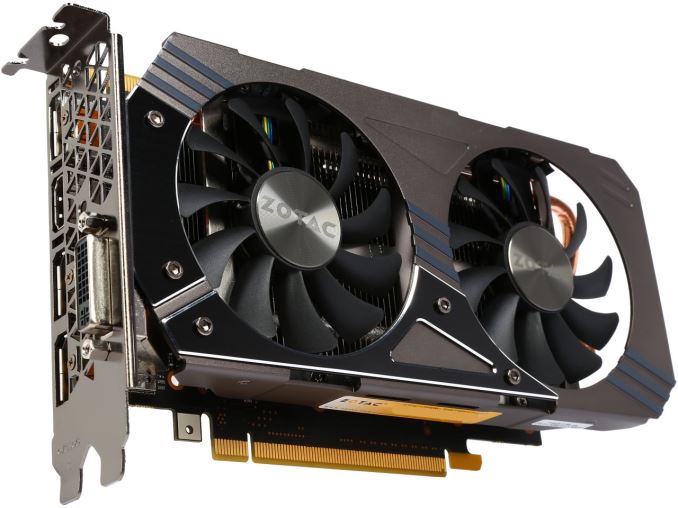 With an $800 budget, there’s little room to splash for high capacity or high speed memory, but given the type of system being built most users can agree that 8GB is a rough sweet spot. Back when we tested DRAM scaling on Haswell processors, we found that there can be some pitfalls when choosing memory but Tony has kept abreast by at choosing DDR3-1600 at a CAS Latency of 9, moving it out of the danger curve. 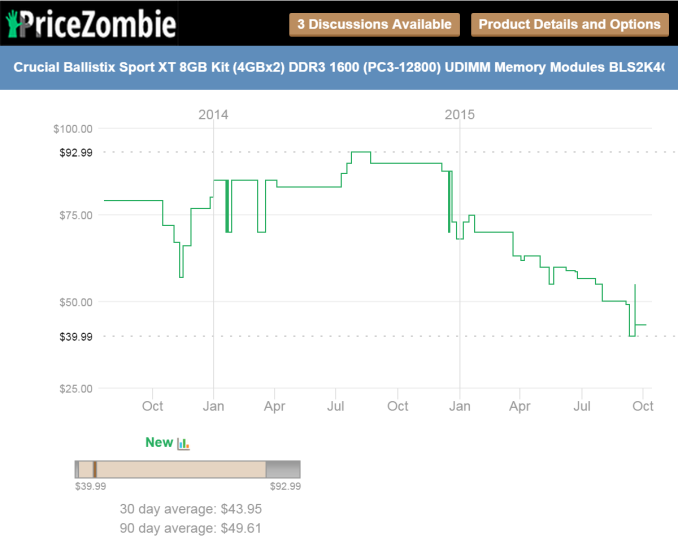 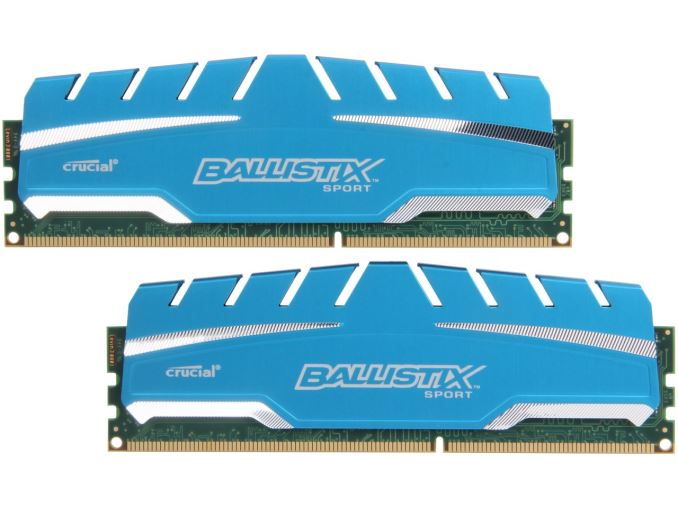 A system of $800 makes a nice entry point into having an SSD drive as the operating system drive, but is perhaps not enough budget to make it go all-out and will require some extra storage, especially for assignments and games. A 120GB drive will sort out Windows 10 and a couple of big software/game packages, and as NAND prices decrease over the next few years there might be space to upgrade to something larger. The BX100 series in the meantime was well received in our review. 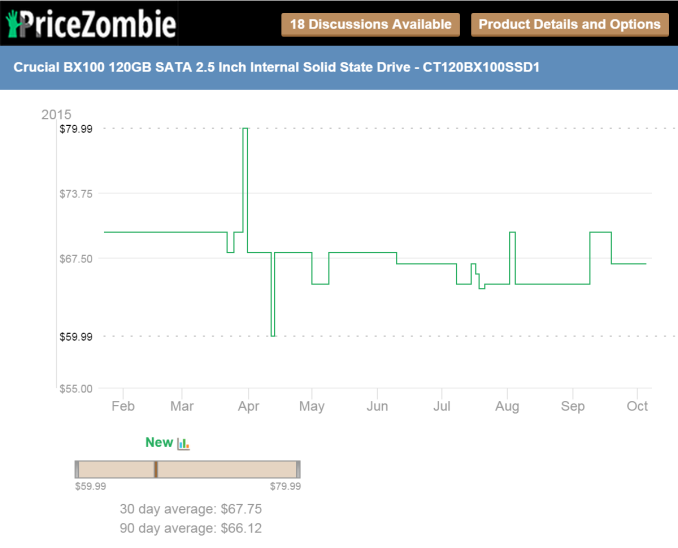 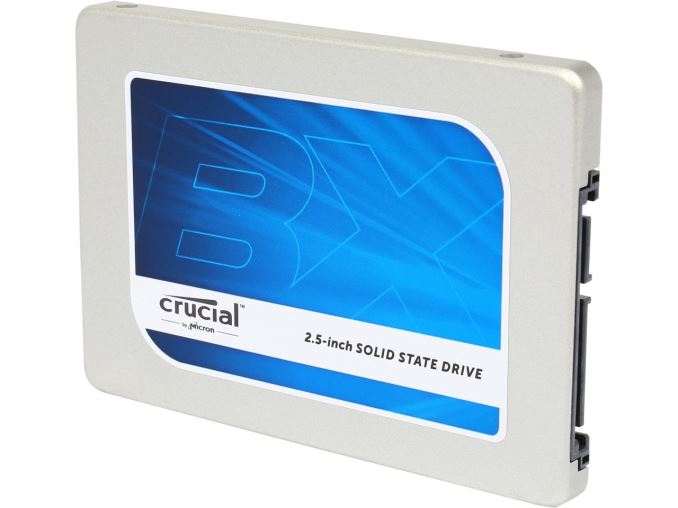 For roughly the same price as the 120GB SSD, a 1TB drive is also put into this system as that bulk storage component. The WD Blue brand is specifically designed for desktop PCs, and should be eminently suitable for a back-to-school build with WD's reputation. That being said, this model has a slower rotation speed and cache than we expected, but comes in a 2.5-inch form factor. 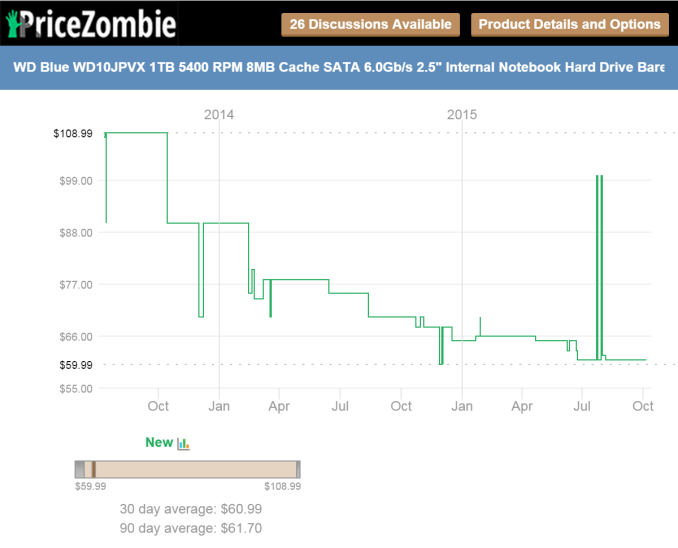 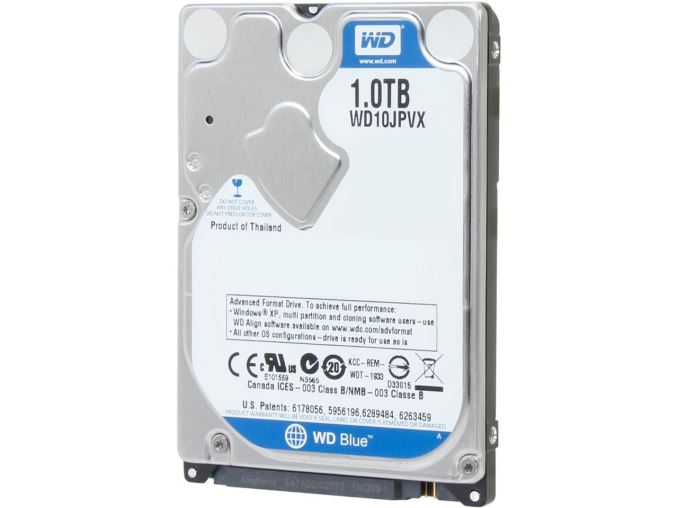 One of SilverStone’s well known product lines revolve around small form factor power supplies. I even have a couple as part of my mini-ITX builds, just because they often just fit in and work (personal opinion). For the Milo case being used, having an SFF power supply is a must, and this single rail design comes with three SATA power connectors, two 6-pin PCIe and a 6+2-pin PCIe connector for graphics. As mentioned in his interview, Tony stated that this product has been rigorously tested with larger graphics cards, and in a system this size it might be very difficult to get above the 400W mark with any combination of components anyway. 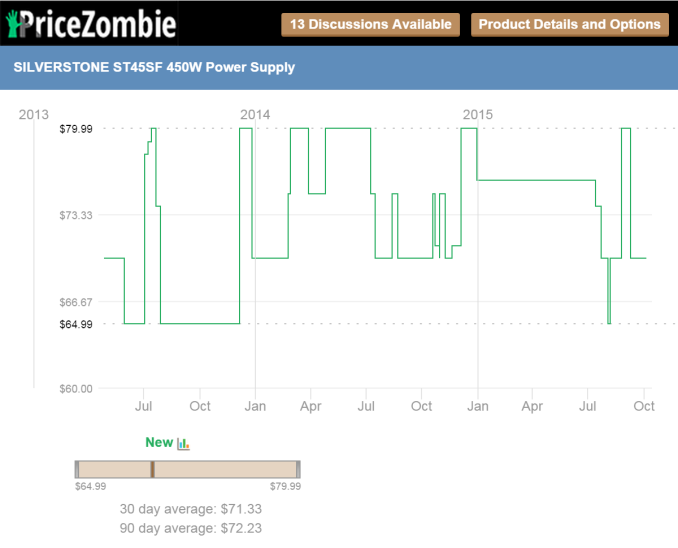 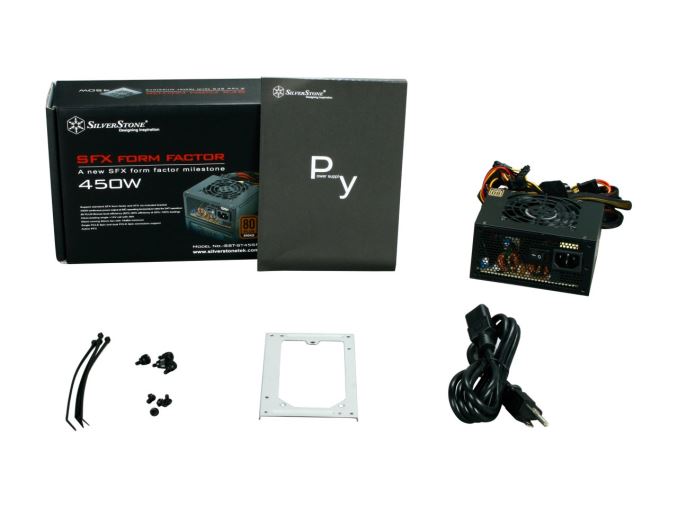 One of the key components to this build is the chassis. The Milo is a new design from SilverStone, only recently being released. The focus here is on small form factor and mobility, so with that handle it comes across as well suited for a back-to-school system where the dorm has to be vacated every semester or if the user needs to move their system to events. With the $800 budget it was perhaps a bit too much to ask for something similar in say aluminum, but it will be interesting to see how easy it is to build a system inside and carry around with all the components. 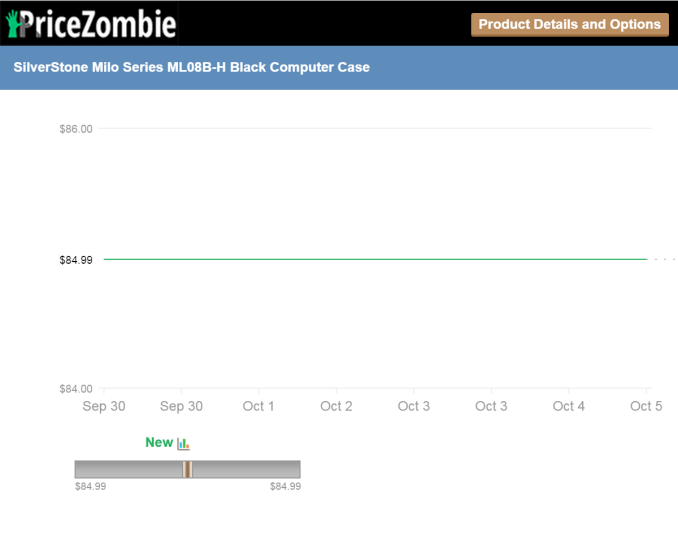 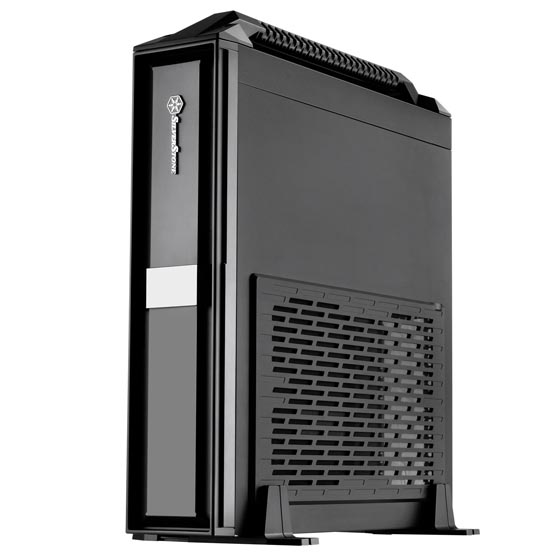 As Tony chose an overclockable processor and a suitable motherboard, it makes sense that there needs to be sufficient cooling for an overclock. SilverStone’s AR06 cooler, according to Tony, is good for 80-90W of cooling which is above the 53W TDP listed for the G3258 processor. This means there should be some headroom, as long as the chassis can ventilate it. The cooler is also specially designed for mini-ITX form factor chassis such as the ML08B. 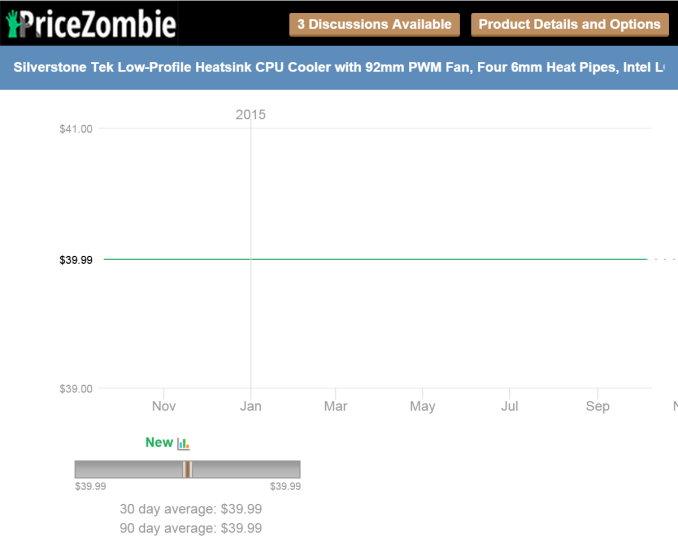 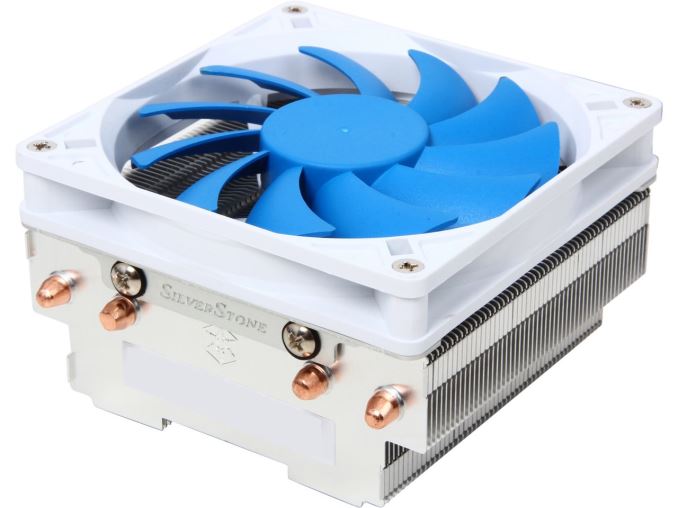 Windows 10 would presumably be the obvious choice here, given the soon-to-be relevance of DX12 as well as features such as Cortana and the return of a proper start menu. 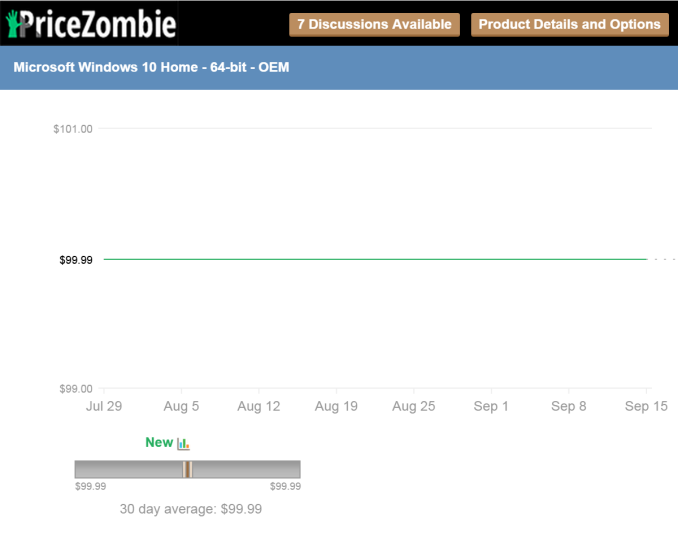 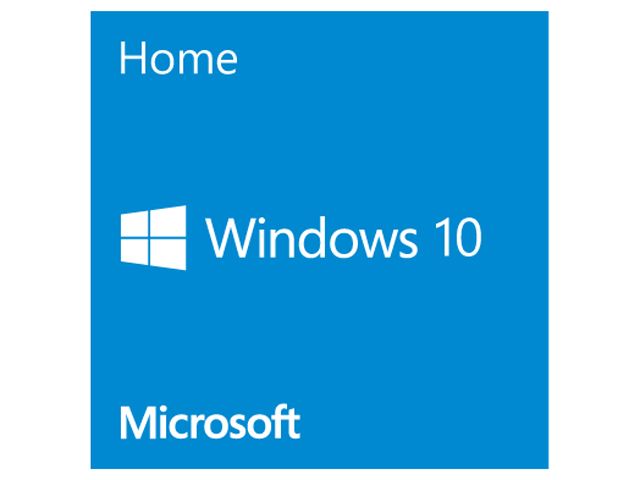 Back-to-school systems have to come in a variety of shapes and forms. The system that a film studies student needs is different to what a computer science or an engineer might need, with varying degrees of DRAM and storage eating software on both sides, and the desire to have sufficient computing power to push through a render or a compile while still having a decent system to play some games. $800 is a reasonable sized budget for this, and the SilverStone build focuses on both portability and gaming, with a potential nod to high-single thread performance. With Skylake still being a little difficult to get hold of, a Haswell based system should still provide a good set of numbers for a few years, or easily be upgraded to an i5 or i7 when that next student loan check arrives. As many students through the years have proven, you can survive through school on cheap ramen and free anime.