The first thing one will notice about the Cyonic AU-550x is its very small proportions. It is built inside a chassis that is only 140 mm long, allowing it to fit even in the most peculiar cases that have a slot for an ATX PSU. The body is sprayed with a matte black paint and most of the top side is covered by a large sticker with the electrical specifications and certifications of the PSU. There are no stickers on the sides of the chassis, and Cyonic opted to punch the company name onto the metal surface and print the model and company logo using deep purple paint. 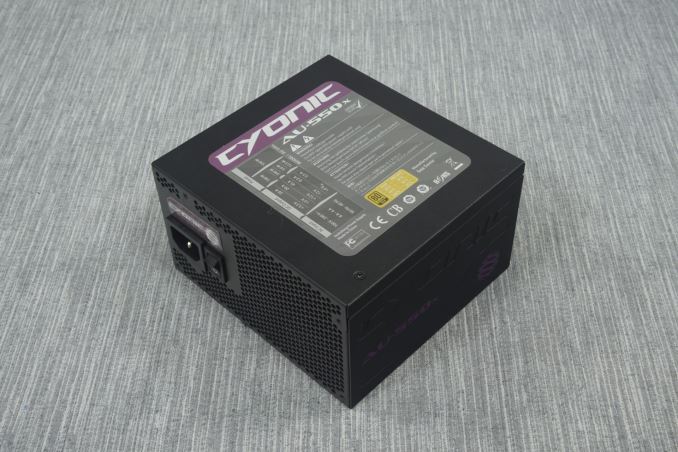 The connectors for the modular cables can be found at the front side of the chassis. It is interesting to note that there are three connectors for the 12V CPU and PCI Express cables but only two cables are supplied with the 550W version. A badge with the company logo has been installed above the standard on/off switch and AC cable receptacle at the rear side of the body. A parallel bars finger guard rests above the simple black fan.

Cyonic installed a 120 mm Hong Hua for the cooling needs of the AU-550x. The HA1225M12F-Z is a very powerful 2050 RPM model with a hydrodynamic bearing. Considering the mediocre power output of the PSU and its claimed high efficiency, it should be very difficult to force this fan to run anywhere near its maximum speed. 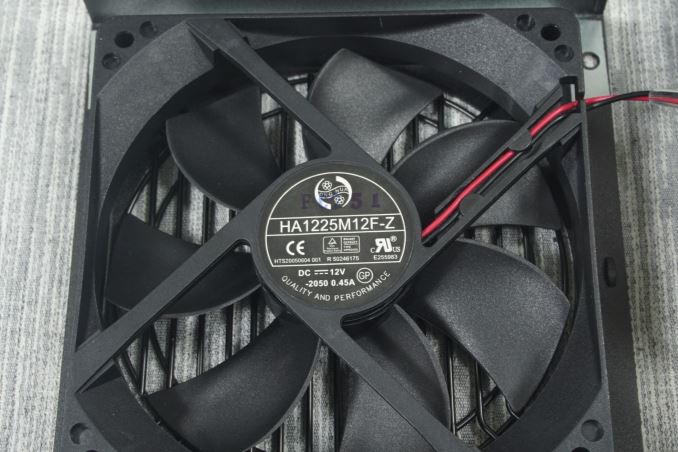 As it has been already mentioned, Seasonic is the OEM behind Cyonic PSUs. The Cyonic AU-550x (and all six of their currently available models) is based on a platform that looks like Seasonic's G-series, but it is not quite the same. The differences are not dramatic and appear to have been made in order to allow for the vertical board with the connectors to be installed so closely above the main PCB, i.e. to fit the platform inside the 140 mm chassis. 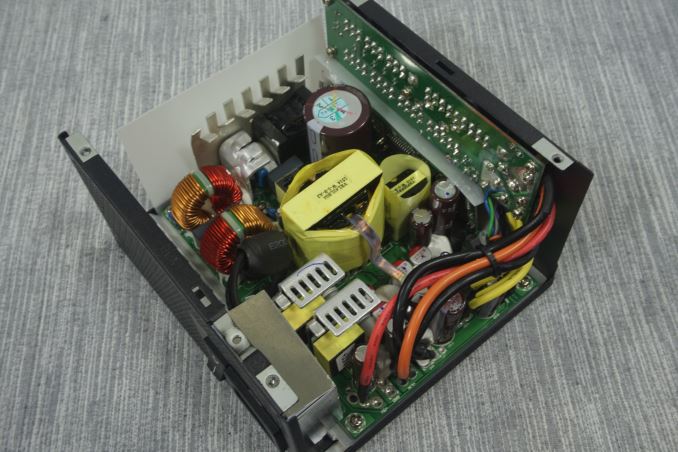 The filtering stage is at the back of the AC receptacle, with the components covered by a metallic shield in order to minimize EMI. We spotted a total of six Y capacitors, two X capacitors and two filtering inductors before the main rectification bridge. The main bridge has a small dedicated heatsink, densely packed next to a larger heatsink and the passive APFC components. There are no components directly attached on the heatsink near the edge of the PCB, as that heatsink is cooling the active components installed at the bottom of the main PCB. The large PFC 420V/470μF capacitor is supplied by Nippon Chemi-Con. 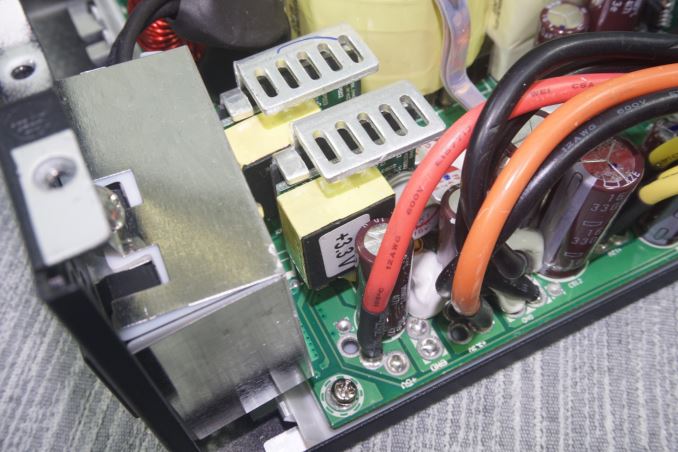 The secondary electrolytic capacitors are supplied by Nippon Chemi-Con as well, with a single capacitor coming from Rubycon. All polymer capacitors are supplied by Fujitsu. The 3.3V and 5V generation circuits were moved towards the AC receptacle and were given a small heatsink each. It is very interesting to note that this is the first unit that we have ever reviewed that makes use of board mount DC/DC converters. Essentially, Cyonic replaced most of the DC to DC conversion circuit with a "brick" converter for each of the two minor lines. These typically are of high efficiency and very compact, although they obviously are much more costly than a typical circuit. The energy is being transferred from the main PCB onto the vertical PCB via a few very thick wires, carefully tied to avoid creating a messy layout. Finally, a lot of glue has been used to maximize the mechanical strength of the PSU.