Moving back to the gaming line and we get a couple of models in smaller form factors. The MX naming here implies a micro-ATX design. 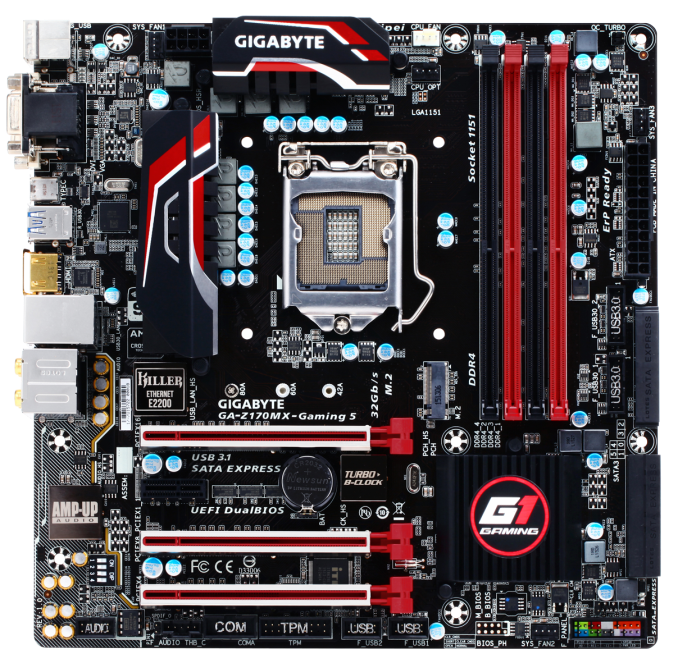 Here we get what is technically an x8/x4/x4 arrangement, although two-way graphics solutions will typically block the third slot. The PCIe slots get the metal shielding, but due to the lack of space the M.2 slot is now between the PCIe and the chipset – this M.2 runs at PCIe 3.0 x4 for full bandwidth. The styling on the motherboard is similar to that seen on the Gaming 3, which means no rear panel cover but the red/black/white motifs are still present on the heatsinks.

The Alpine Ridge controller is in play here for the USB 3.1 A+C port combinations on the rear panel, while networking duties are through the gaming-focused Killer E2400 network controller. Realtek provides the ALC1150 audio in GIGABYTE’s enhanced solution, with an upgradable OP-AMP as part of the design.  Storage extends from the M.2 mentioned before to six SATA 6 Gbps ports that are split into pairs for the three SATA Express configurations. 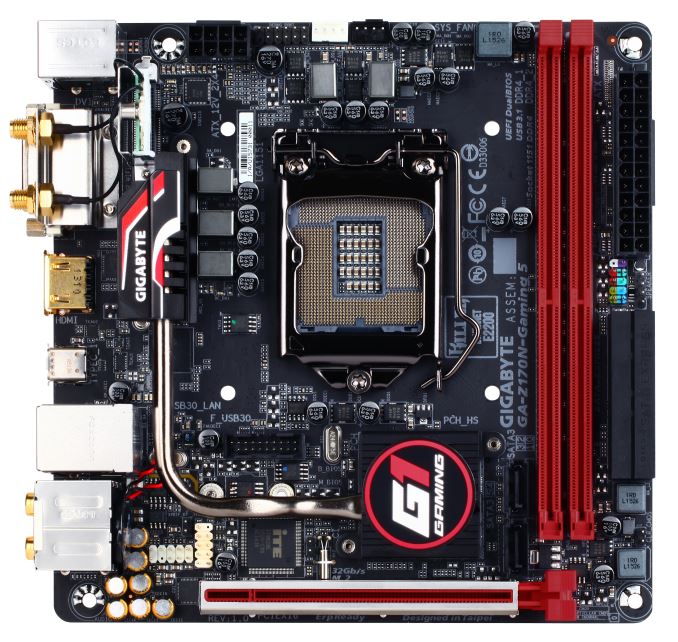 Marching into the mini-ITX arena for the gaming range is the Z170N-Gaming 5, with a heatsink/heatpipe arrangement that looks a little different than normal. The power delivery is adjusted too as a result. Functionality here by virtue of the small size extends to a Killer network port as well as the Intel 802.11ac 2T2R dual band AC-8260, Intel’s 3rd generation AC adapter which also supports Bluetooth 4.2. For such a small motherboard we also get the Alpine Ridge controller providing the usual USB 3.1 A+C combination, and it’s worth noting that the power connectors are on the outside of the motherboard which should make it easier to install than some previous GIGABYTE motherboards. 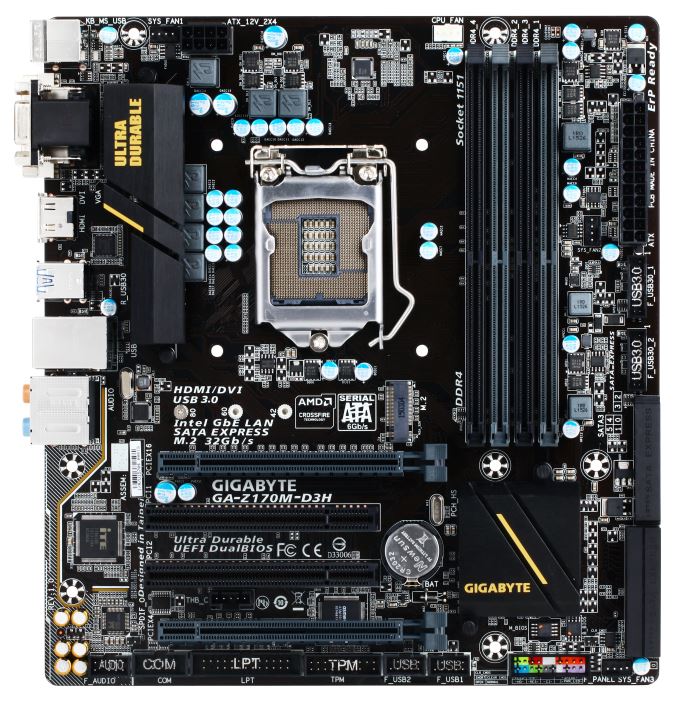 The Z170M-D3H is aimed at being just the micro-ATX version of the Z170-D3H, with the focus being a few added features over the regular chipset integration. Surprisingly we get a pair of PCI ports from a bridge chip here, but the PCIe slots are given by a PCIe 3.0 x16 from the CPU and a PCIe 3.0 x4 from the chipset. Another four PCH lanes go to the M.2 slot in the middle, with six SATA ports / three SATA Express ports also included in the storage aspect of the motherboard. There is no USB 2.1 here, relying purely on USB 3.0. Networking uses the Intel I219-V and audio from the Realtek solution. 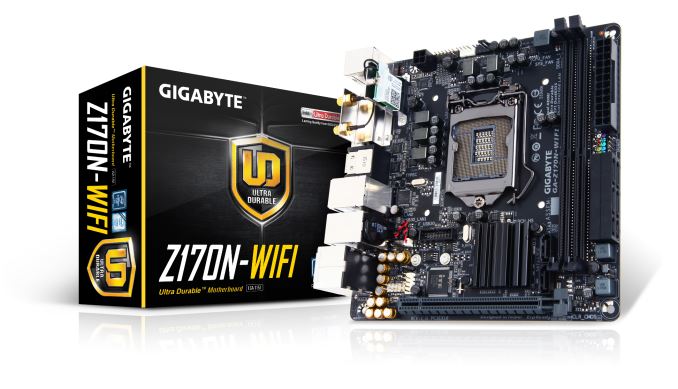 The Z170N-WIFI follows a line of N-WIFI boards from GIGABYTE that has gone back several generations. The aim here is to make something that fits in similar to the Z170N-Gaming 5 but under that on the Ultra Durable line and that costs a little bit less. So while there are no power delivery heatsinks to speak of there are dual Intel I219-V network ports as well as the Intel AC-8260 dual band wireless card. Audio is an upgraded relatek solution and an ASMedia controller gives USB 3.1 A+C. GIGABYTE historically gives this board dual HDMI ports, and we get them here in 1.4b form.