Since the Huawei P8 Lite is positioned as a mid range device rather than a low end one, it brings along significant improvements to the camera system when compared with devices in the sub-$200 range. The basic specs on paper show a rear-facing camera with a 13MP resolution, and a front-facing camera with a 5MP resolution. Both these sensors are made by OmniVision, and you can see some further information about the P8 Lite's cameras in the chart below.

The Huawei P8 Lite buys you a lot of camera for a $250 smartphone. With a 13MP resolution and a 1/3.06" sensor size, the P8 Lite's rear camera is in the same league as phones like the Nexus 6. The F/2 aperture is also quite large, and from my testing Huawei appears to have kept distortion under control while reaping the benefits of the additional light collected with the wider aperture. 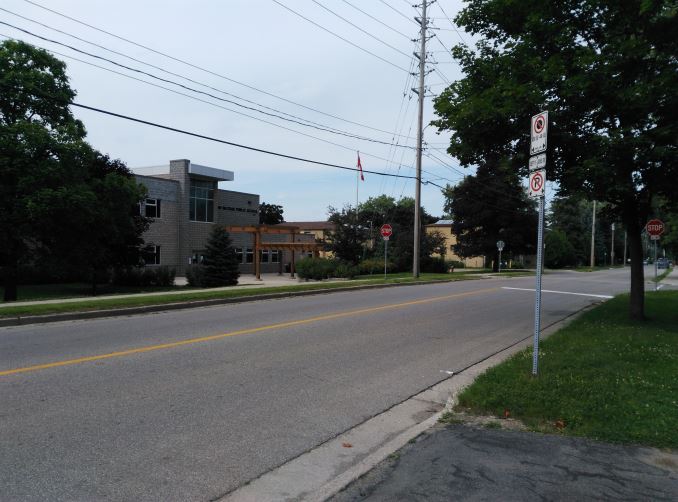 It seems that OmniVision gets a bad reputation in the mobile space. However, I think the P8 Lite is a testament to how much of a difference good photo processing can make, and how many of the perceived issues with OmniVision sensors are really just the result of poor ISPs (image signal processor) and image processing. As far as image quality goes, I have absolutely no major complaints about the P8 Lite's rear camera when taking photos during the day. There's good detail preservation and sharpness, without the harsh shadows and over sharpening that I often see with cameras on less expensive devices. My only complaint is that the P8 Lite skewed the white balance of this scene toward blue, which made all of the colors seem colder than they actually were. Despite this, the color saturation, sharpness, and detail are all great for a $249 device. 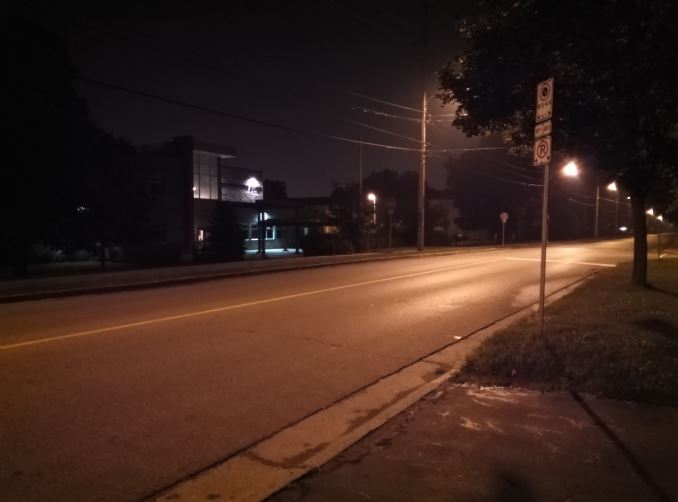 In low light the P8 Lite seems to stumble a bit. This doesn't appear to be any fault of the sensor, although a 13MP camera with 1.1 micron pixels won't exactly be a master of low light photography. Rather, it's clear that Huawei's heavy noise reduction is having a negative impact on image quality. The entire photo is fairly devoid of detail, and has an appearance that looks somewhat like an oil painting. This has done a great job of removing the noise in the photo, even in the sky, but it has also smeared away all of the detail. It's clear from the exposure and white balance that you could actually take some decent low light photos with the P8 Lite if the noise reduction wasn't so heavy, and I hope Huawei can address that in the future.

Overall I'm fairly happy with the P8 Lite's photo quality considering its $249 price. It's definitely the best camera I've seen at this price point due to its well balanced processing during the day. Noise reduction in low light definitely needs to be toned down, but even then the photos end up being better than many other low or mid range devices simply due to the more accurate exposure.

While still images are the product of both the camera sensor's quality and the quality of the processing performed by the ISP, videos skew even more heavily toward the abilities of the ISP as there needs to be a sufficient level of processing done to each frame in a timespan measured in milliseconds. The P8 Lite uses the ISP built into Qualcomm's Snapdragon 615 SoC. While ISPs are still pretty much black boxes, Qualcomm has noted in the past that the feature set for S615's ISP is more closely related to the ISP in the Snapdragon 800 series SoCs than the Snapdragon 400 SoCs.

The Huawei P8 Lite has a maximum video resolution of 1920x1080, and it records at 30 frames per second. Video is encoded at 20Mbps using the H.264 baseline profile. Unfortunately, the video quality of the Huawei P8 just isn't near as good as still images in the same lighting, highlighting either some limitation of the ISP or an issue with what processing is being applied. There's a general blurriness across the frame, with very little detail on the grass or the sidewalk. The camera's focus locks at the beginning of the video which means turning to look at a different area for a moment is often out of focus, and this is made very evident when turning to look at the red bushes. There's also some sort of issue with the audio where the right channel starts and stops working as it pleases. While the daytime image quality of the P8 Lite is very good, the video quality is definitely not something I would consider to be a selling point.

802.11ac adoption isn't that widespread yet, and buyers of devices like the P8 Lite are unlikely to have 802.11ac routers unless it's built into the modem provided by their ISP. Despite that, devices like the ASUS Zenfone 2 have spoiled us a bit by delivering 802.11ac support in a $200 device. The Zenfone 2 is often an exception to the rule though, and the P8 Lite only ships with support for 802.11n on the 2.4GHz band. 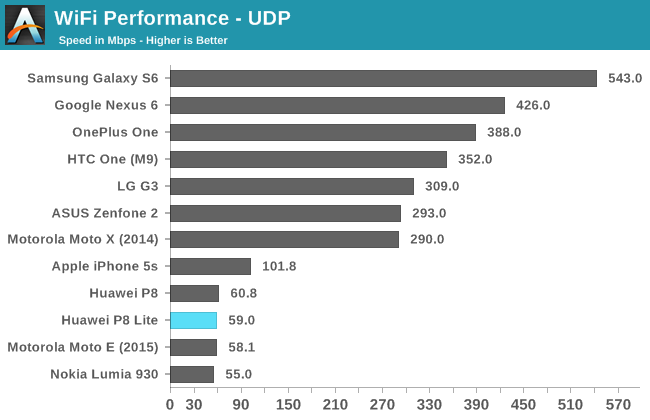 With a peak speed over UDP of 59Mbps, the P8 Lite falls in line with the other 802.11n devices on the chart. Since the P8 Lite costs $250 and is positioned as a mid range device I'm disappointed that there's no support for 5GHz networks, as it leaves users on the increasingly crowded 2.4GHz band. Even so, I doubt that buyers of the P8 Lite will be doing anything that requires faster speeds than 802.11n provides.