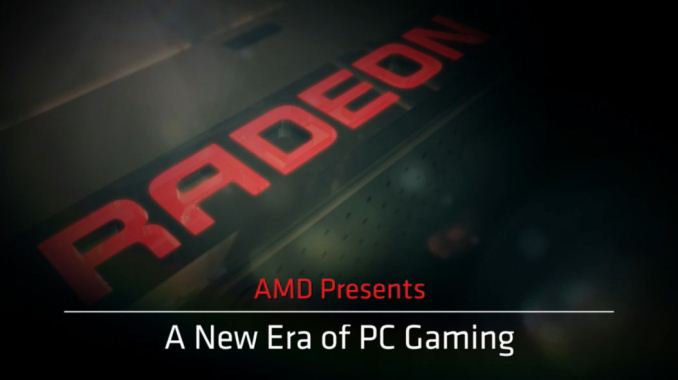 12:05PM EDT - AMD is talking about the rise of e-sports gaming

12:06PM EDT - Smooth frame rates have become another area of focus, in addition to simply having a high frame rate 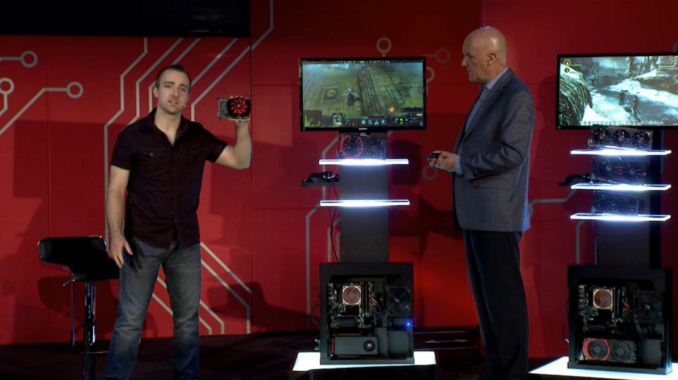 12:14PM EDT - Now moving onto cards for more intensive games, and for gaming at higher resolutions 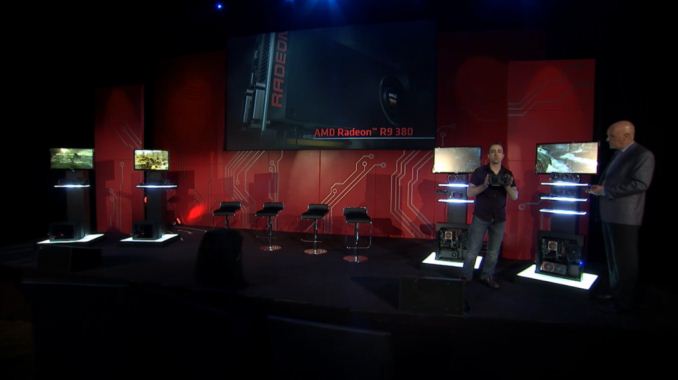 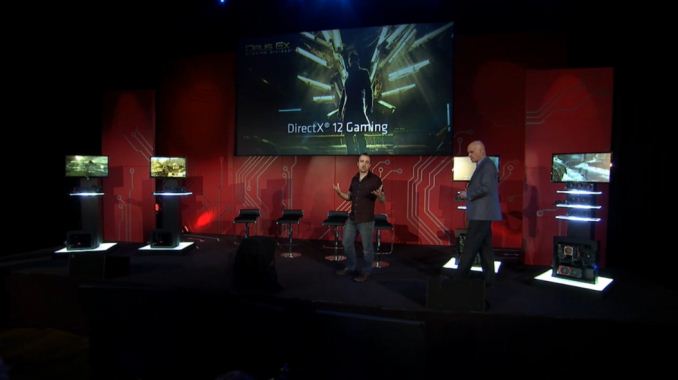 12:18PM EDT - AMD now inviting up some game developers and a Microsoft developer

12:21PM EDT - Now talking to the developer from Lionhead about DX12 in the Fable series

12:22PM EDT - Asynchronous shaders to execute shading concurrently with other rendering are an important feature

12:24PM EDT - Now on display: Stardock/Oxide's Ashes of the Singularity

12:25PM EDT - Oxide is going to be one of the first companies to really use DX12. They're looking to push a lot of draw calls

12:25PM EDT - RTS games have traditionally had to swap to 2D sprites when characters are too far away. Not required with DX12.

12:27PM EDT - Now moving onto VR. AMD's Richard Huddy is back on stage 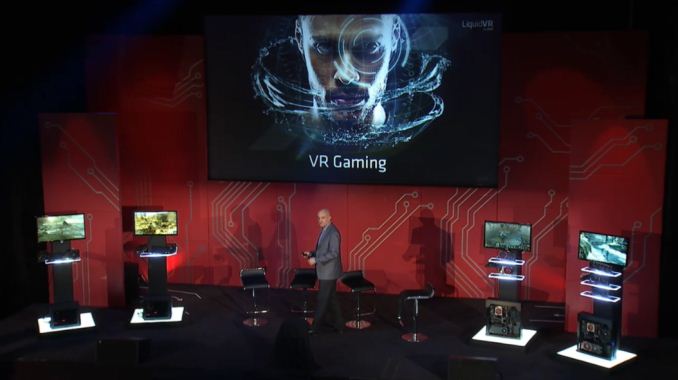 12:30PM EDT - AMD is going to be banking hard on VR for this generation. From a business standpoint it requires lot of GPU power, and from a tech standpoint they have what should be a good solution

12:31PM EDT - Now discussing how Oculus is using AMD's LiqudVR tech, which was first announced back at GDC in March

12:32PM EDT - Oculus has been working with AMD to use their LiquidVR tech

12:33PM EDT - And of course, the final consumer Rift ships in Q1 of next year

12:35PM EDT - This is consistent with their earlier developer target recommendation of R9 290 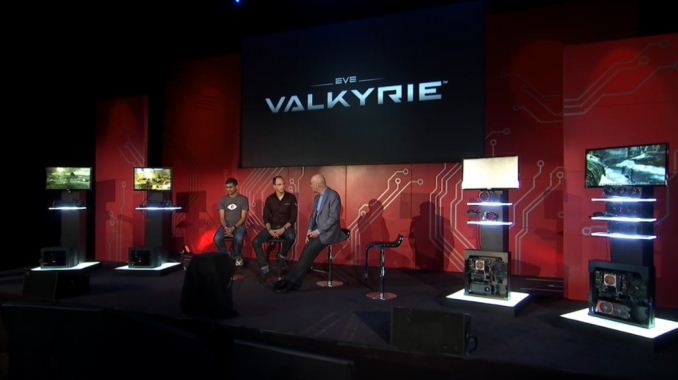 12:36PM EDT - They've been one of the darling early VR demos, and will be shipping on PC and PS4 (Morpheus)

12:38PM EDT - Huddy now has the stage to himself again

12:38PM EDT - Discussing how VR is being used for non-gaming applications 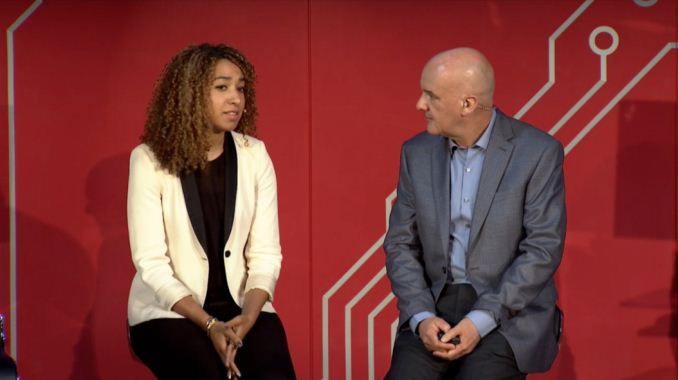 12:42PM EDT - (If you haven't already seen the leaks, well, then you'll probably be the only person surprised by this) 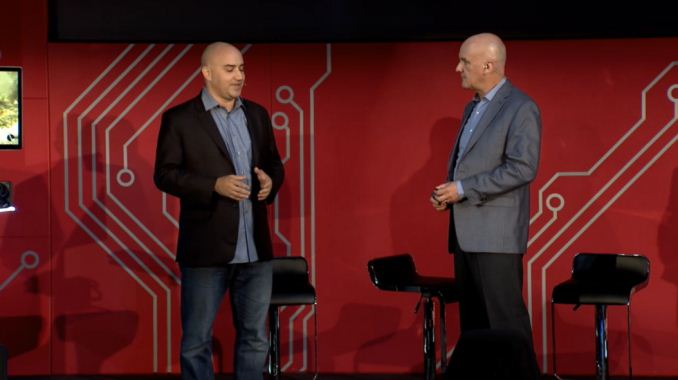 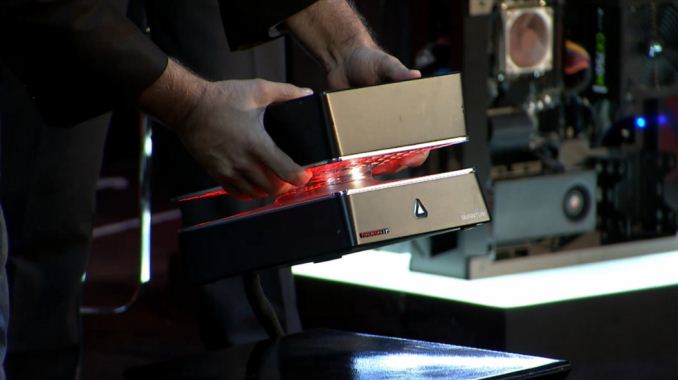 12:45PM EDT - Processors on the bottom, cooling on the top 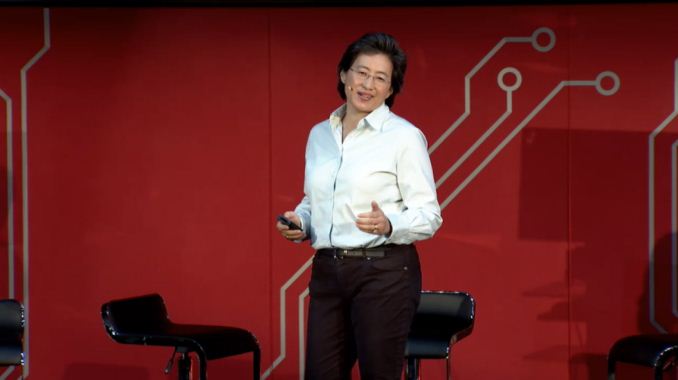 12:48PM EDT - "Most complex and highest performance GPU we have ever built"

12:49PM EDT - There will be multiple products with Fiji 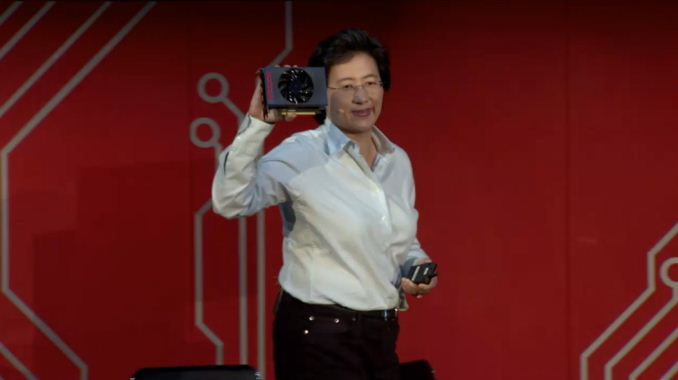 12:51PM EDT - (Sounds like it's significantly cut down from full Fiji)

12:51PM EDT - Nano will be available later this summer

12:52PM EDT - Finally, a dual-GPU card that's in the Quantum, but hasn't been named or shown 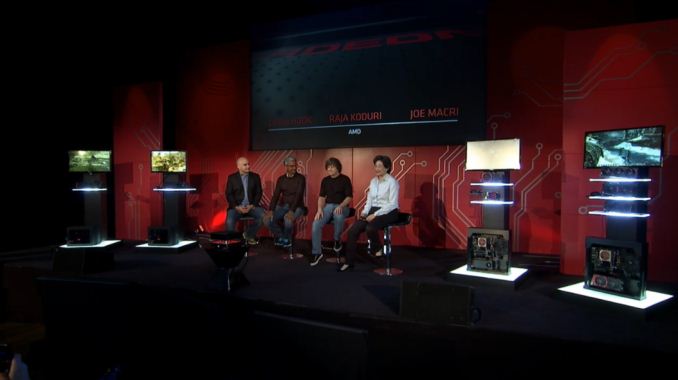 12:56PM EDT - Also did some work on power management/efficiency, though now going in-depth at this time

12:56PM EDT - Raja is giving special credit to the board design team

12:58PM EDT - AMD has over the last several years been on the cutting edge of memory tech. 2015 and Fiji is no different

12:58PM EDT - HBM gets AMD more memory bandwidth, but also cuts down on memory power, giving them more power headroom for the GPU itself

12:59PM EDT - AMD will be putting HBM in more devices in the future (where costs make sense, of course) 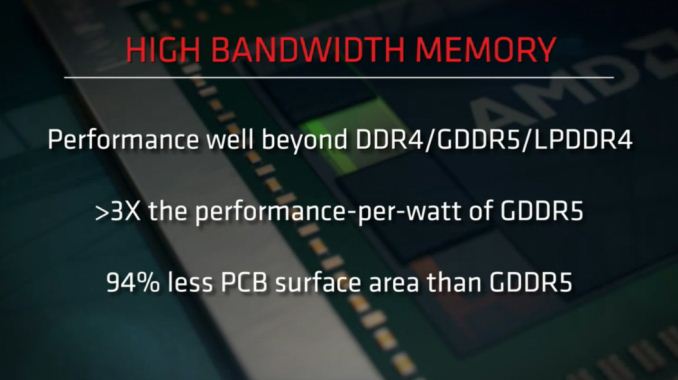 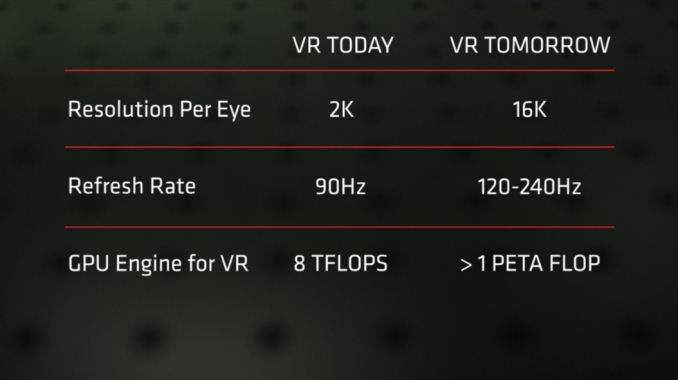 01:02PM EDT - The Holodeck concept and Eyefinity seems to have given way to VR and the holodeck on your head

01:03PM EDT - Joe is talking a bit about overclocking headroom. AMD says it should be a good overclocker

01:05PM EDT - Will be showing the PC version of Star Wars: Battlefront 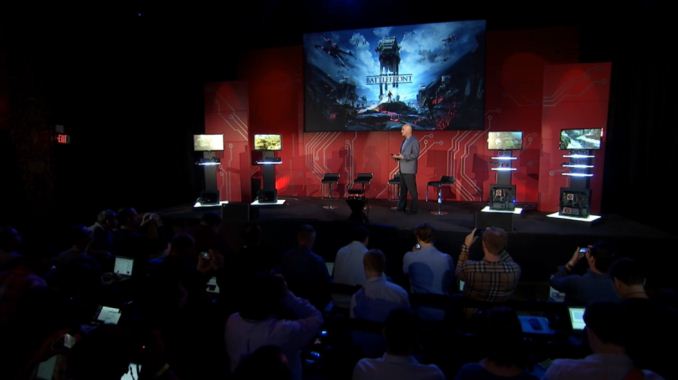 01:07PM EDT - Frostbite engine game, so they already have all the tech Johan Andersson has been working on

01:07PM EDT - Discussing the production of the game 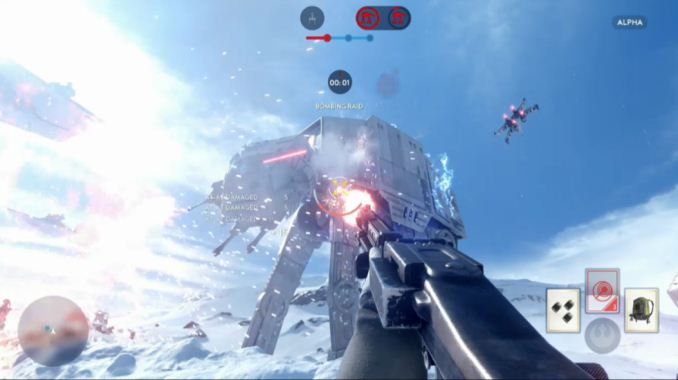 01:11PM EDT - AMD will have it playable at SDCC next month