Overall, the One M9 is a pretty significant device for HTC and really sets the tone for the entire year, so it’s well worth going over everything again before we draw any conclusions about the One M9. However, any of these initial thoughts will be limited in their scope because it isn’t really possible to characterize HTC’s camera performance, nor the performance of Snapdragon 810 under load at this time due to HTC's last-minute software update. We can only really look at some key areas like the display, battery life, and SoC performance, along with design and software. 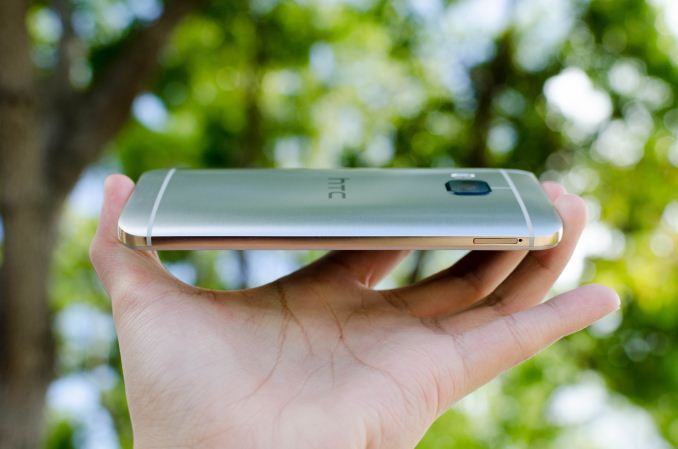 To start, HTC has done a decent job of refreshing the One design for the M9 with their new brushed finish and dual anodization process. HTC has also finally moved the power button to the right side of the phone, and improved the fit and finish of the plastic front bezel. However, there are a lot of missing details that one might have expected from a refinement of a previous design. The power button on the side ends up a bit too low for most people as far as I can tell, and ends up being rather easy to accidentally press and is also being difficult to press intentionally. The volume buttons are also easily confused for the power button, even with the textured pattern on the power button to avoid confusion. The back cover does have a nice feel, but the hard edge between the back and sides of the phone is just too sharp for everyday use and the front bezel is too far separated from the back cover to really make sense. It’s obvious that the bezel on the front of the phone can’t be eliminated, but the arrangement of the bezel combined with on screen buttons really affects the ergonomics of the device. The M7’s keyboard feels comfortably placed in comparison to the M8 and M9, which seem too tall for comfortable typing. 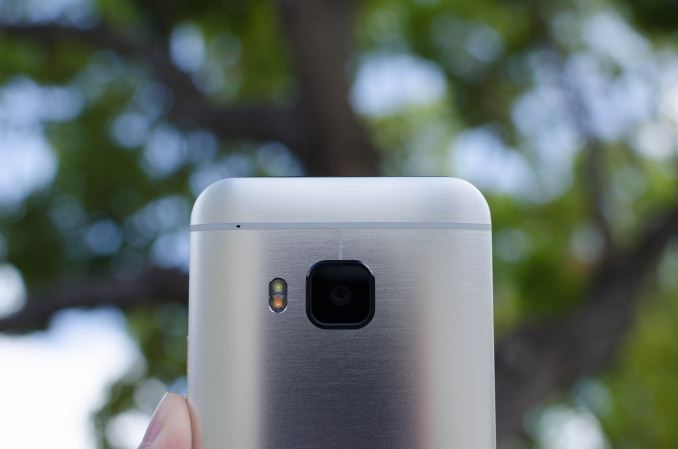 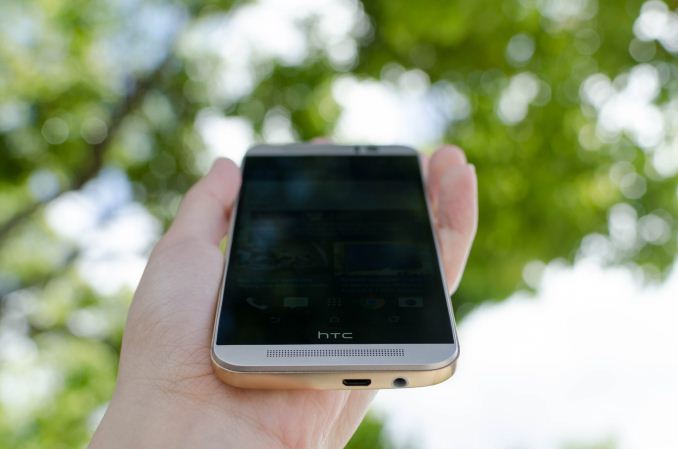 Unfortunately, in battery life HTC manages to fall somewhat flat as the combination of the Snapdragon 810 and the loss of panel self-refresh causes a significant regression in battery life despite the increase in battery size. I’m not sure how much HTC could’ve done to prevent this, but the removal of PSR is definitely something HTC could’ve kept to try and keep battery life similar to the One M8. This is really the first generation to my memory that actually regressed on battery life in our benchmarks, which is concerning for any device with a Snapdragon 810 SoC. It may be that this is just HTC’s problem, but given that HTC has generally managed to do well at extracting maximum battery efficiency from previous platforms I’m not sure if other OEMs will be able to improve the situation here. 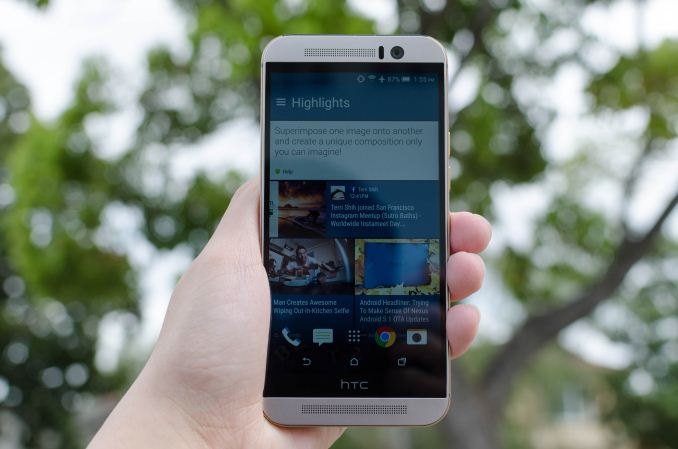 The display is one of the more disappointing aspects of the One M9 thus far. Although the 1080p resolution isn’t really a problem in actual use, the lack of improvement or regression in every other metric suggests that HTC has gone backwards in display quality. Combined with the removal of PSR, it’s concerning to see that cost optimization has affected such a crucial aspect of the smartphone experience. Overall, even when comparing against 2014 smartphones the One M9 ends up closer to the bottom for display quality. 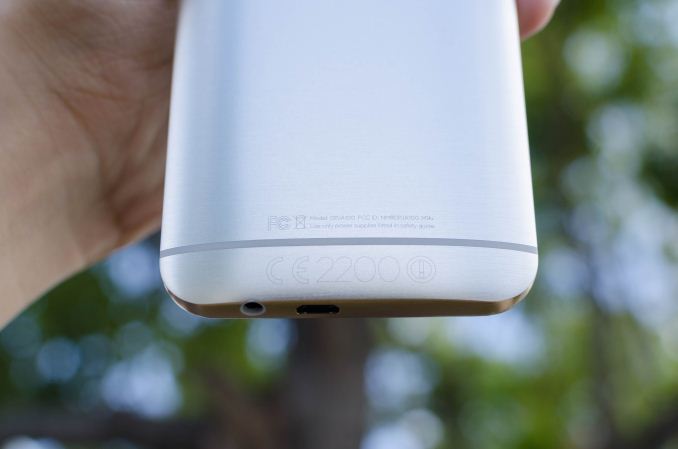 The software experience seems to be one area where HTC continues to do relatively well compared to most Android OEMs, and Sense 7 remains a relatively enjoyable experience. However, the new additions to Sense 7 aren’t really all that helpful. There’s a lot of effort spent on introducing new features like additional personalization and some new widgets and applications, but none of this really feels well-differentiated, and there isn’t much change to the rest of the UI to make it mesh with Lollipop’s UI. It also seems that Snapdragon 810 causes some minor performance issues, but the effects of this are incredibly minor and it’s hard to tell whether this is due to random variance to some extent. 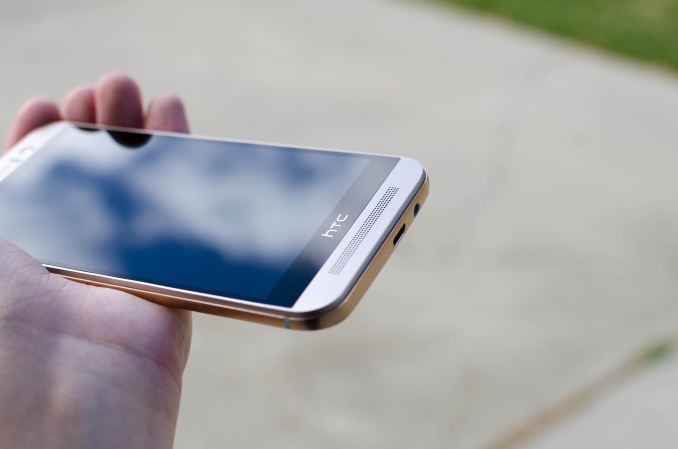 Although we’re still missing some of the pieces, based upon what data we have the One M9 is in an alarming place for a new smartphone. It’s pretty rare that a new phone ends up regressing in almost every major way compared to an old phone, but the One M9 ends up doing this in display and battery life. The SoC is better, but I can’t help but feel that Snapdragon 805 ends up being a better choice than Snapdragon 810 for a flagship smartphone at this time. The Snapdragon 808 may be better suited as an upgrade to the Snapdragon 805, but given the performance of the 810 I’m not really holding my breath. Given all of these issues, I’m almost tempted to point to the One M8 as the better phone, but until we get the full picture we won’t be coming to any final conclusions about the One M9.