As per the company's statement, the Fractal Design Node 804 is a clean, minimalistic design, ideal for environments where users require a good-looking but not extravagant case. Aesthetics are a subjective matter and users need to decide for themselves whether or not they like the Node 804, but we feel that its clean appearance will easily appeal to a large percentage of its intended audience.

It does make a great option for living rooms and offices, where a tower would look out of place but good cooling options and versatility are required. The cooling capacity and the large number of 3.5" devices make the Node 804 an interesting option for small file servers, even though it has not been primarily designed with that market in mind. The retail price of $92 including shipping is fair, making the Node 804 not an incredible deal but not overpriced either. 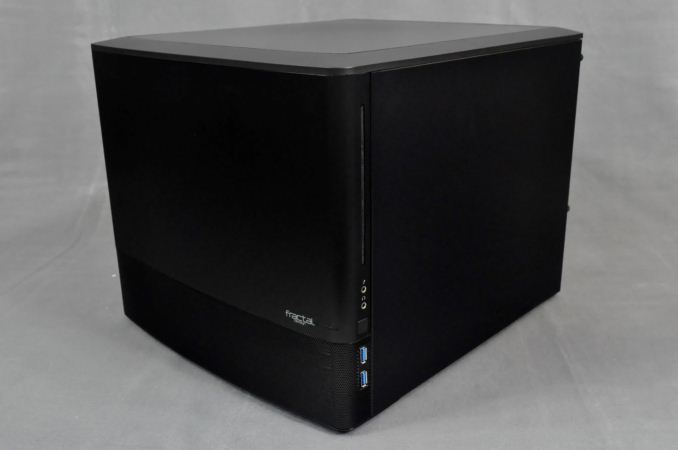 Even with its stock cooling options, the thermal performance of the Node 804 is excellent for a case of this size. It can easily house a rather powerful gaming PC, without any additional cooling options. If desired, it is not very difficult to install even a dual GPU behemoth and liquid coolers inside the Node 804 – it will fit tightly and certain sacrifices will have to be made, but it is doable. On the other hand, the acoustics are a double-edged sword; the stock cooling fans are exceptionally quiet, but the case has virtually zero noise dampening capabilities. If acoustics are a primary concern, and they most likely will be for those who are planning to use this case in an office or a living room, the system's components need to be carefully selected so as to maintain low sound pressure levels.

The only true enemy of the Fractal Design Node 804 is the company's attempt to make it more versatile than it should be. In order to make the not-so-small cubic case capable of housing a great number of components, the company resorted to a design that is not very convenient to work with. For example, the whole drive cage needs to come out if the user wants to swap just one disk and the case has to be lifted in order to remove three out of four of the air filters.

There are also limitations regarding the type and number of the components that can be installed, such as the size of air coolers and the type/number of liquid coolers. Fractal Design proclaims that up to four AIO liquid coolers can fit in the Node 804 and that is true, but the 3.5" cages need to be removed, RAM modules have to be less than 48mm tall, and the top chassis slot will be limited to 120mm radiators, with hoses long enough to reach the right compartment of the case.

If a common, relatively simple system is to be installed inside the Node 804, the installation is a breeze. The installation of too many components however should be carefully planned and the user should expect that cable management will be a tedious process. Also note upgrading or modifying the system will most likely not be an easy task. 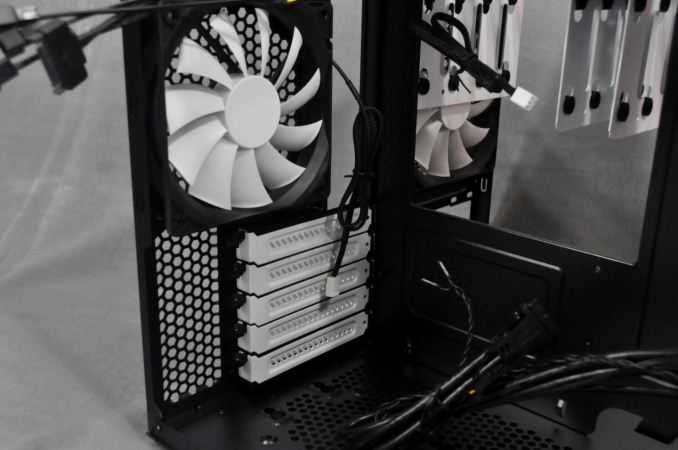 It is difficult to give a direct recommendation of one case over another, especially when the user's selection is (and should be) heavily based on aesthetics, which are a subjective matter. The Fractal Design Node 804 is a very good product – well made, aesthetically sleek, and fairly versatile. We do not feel that it is the right case for a gaming behemoth, but if you want an elegant case for your living room or office, there is no reason not to consider the Node 804.

Still, we cannot help but mention the Corsair Carbide Air 240 as an alternative. It is smaller, offers similar thermal performance, and is slightly cheaper as well. On the other hand, Corsair's offering is not as subtle, the stock cooling options are slightly louder, and it cannot hold that many disk drives. If you wish to compare the two cubic cases in more detail, you can read our comprehensive review of the Carbide Air 240 here. As it stands, both are good cases and personal opinion rather than performance will largely determine the winner.