Still not 533MHz and not a new Core

Although there's a lot of talk about the 533MHz (133MHz quad-pumped) FSB, this Pentium 4 won't be the one to show it off. In fact it will be after this release that Intel will officially introduce the 533MHz FSB for the Pentium 4 in order to make room for 400MHz FSB Celeron processors based on a NetBurst core. This should quickly alert the cautious buyer in you to put away the credit card until the 533MHz FSB units are launched. We have already provided benchmarks showing the improvements just going to the 533MHz FSB can offer; if you pair the 533MHz FSB with PC1066 RDRAM (not a supported configuration on any of the first 533MHz FSB chipsets) then the performance will be even better. 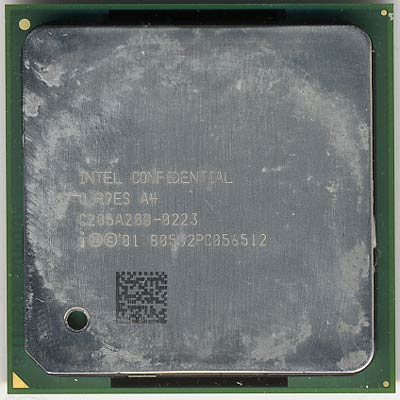 It shouldn't look any different

The other tidbit of information that may come as a disappointment (but by no means a surprise) to some is that the 2.4GHz CPUs being tested and shipped today are not using a new core. A CNet News.com article that was run last week gave the impression that the 2.4GHz Pentium 4 processors being released today would feature a 10% die shrink and thus reduce manufacturing costs.

The die shrink will occur, however it won't be for another few months. These CPUs are still being produced on 200mm wafers and are thus the same Northwood cores that were released at the beginning of this year. Over the next few months as production moves to the new 300mm wafers Intel will release a new stepping of the core that does in fact reduce the die size by 10%. Although this will reduce manufacturing costs, the end user won't see any tangible benefits from a performance standpoint.

All that is required for the 2.4GHz Pentium 4 to run is BIOS support for the multiplier and clock speed so that the CPU can be properly reported at POST time.