The Latitude 5000 series does not have the sleek lines of an ultrabook, but rather the understated look of a business class PC. The exterior of the device is matte black, with a soft touch top. The hinge will open 180° but the device does not sit flat when opened to that degree. Overall, it is a fairly pedestrian design as compared to some of the flashier devices sold by others, but it would not look out of place in a board meeting. I am a fan of smaller laptops, so the 12.5 inch model is a good fit personally, but those wanting more real estate can look at the 14 and 15 inch models that are also available. 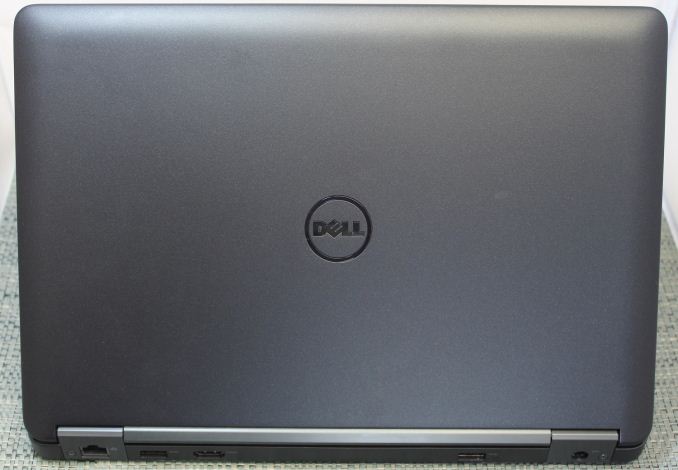 One thing that stands out on the E5250 model is the amount of display bezel, which feels even more pronounced after seeing the Dell XPS 13 at CES. The sides are not too bad on this laptop, but the top and bottom bezels are very large in order to cover the keyboard and trackpad. There is so much space there that the device is almost asking to have a taller display available, but it seems like the 16:10 display fight has been lost. It is really too bad, especially on a business notebook where spreadsheets and documents would really benefit from the taller display, as opposed to consumer versions where they may be used with more video content. It is hard to fault Dell here though, as it is likely the availability of 16:10 displays has diminished quite a bit, but Apple is still outfitting its laptop line with 16:10 so they are still out there. 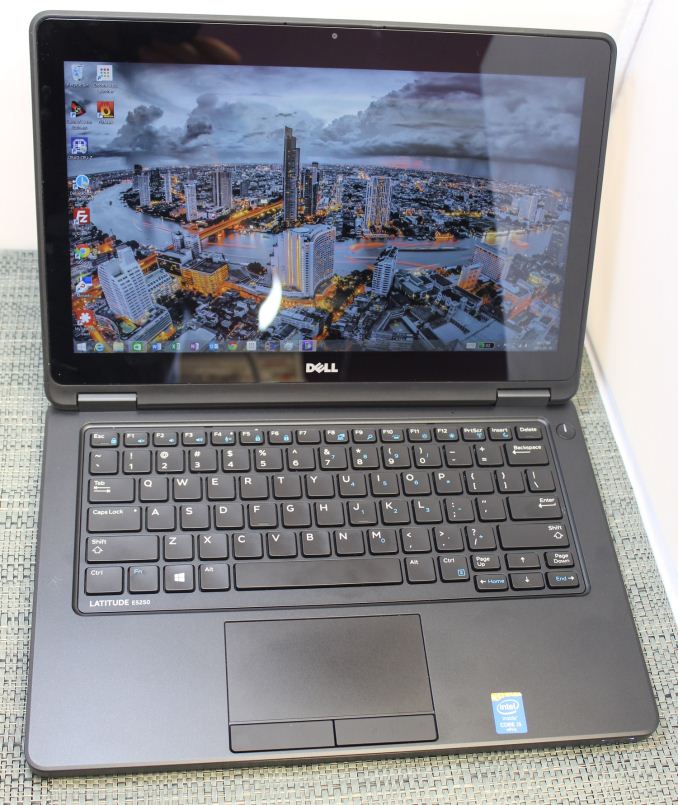 One positive element from Dell is the keyboard. Another benefit of not going for the slimmest device ever made is that there is sufficient room to fit a good keyboard. The keyboard in the Latitude E5250 is to be commended with good travel, solid feel, and a nice amount of resistance. It is one of the highlights of this device, especially after becoming accustomed to the keyboards in a traditional ultrabook. The model we received does have optional backlighting but my only complaint with the backlighting is that it does turn itself off rather quickly. Swiping the trackpad will bring the lights back on, and the timeout is configurable in Dell's software. 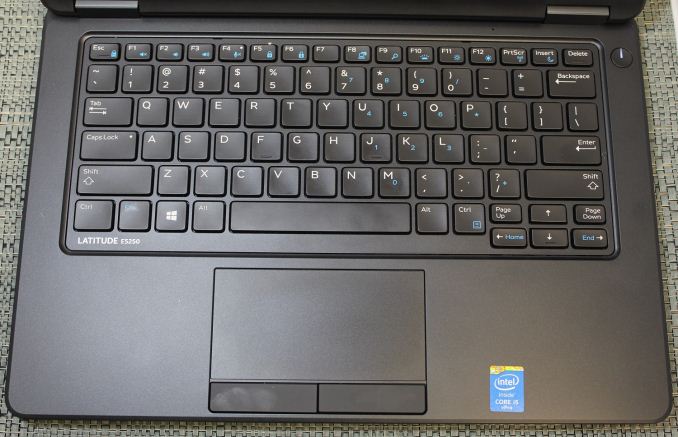 Speaking of the trackpad, it is one of the better trackpads I have used. ALPS seems to be the maker, and Dell has their own custom software to configure it. The trackpad has a textured surface that is very easy to glide over but at the same time precise. It is not a clickpad either, with dedicated left and right click buttons underneath the trackpad. I personally prefer this, but it does give up trackpad real estate and on a smaller laptop like this it does restrict how large the trackpad can be. It is still a good device though, with smooth motion and accuracy that many devices lack. The trackpad supports up to four finger gestures, but out of the box only one and two finger gestures are enabled. 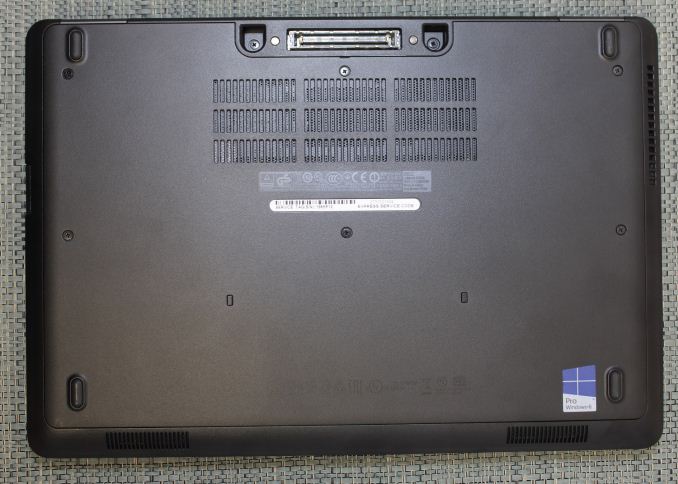 While the design of the Latitude 12 5000 is not as stunning as other devices like the XPS 13, it carries itself as a no-nonsense work machine, which is what it aims to be. All of the functional aspects of the device are top notch, with a positive keyboard and trackpad, and the thicker chassis allowing a real Ethernet port as well as a docking port. The weight is reasonable but not as light as some consumer focused devices. One aspect to push it on a more positive note would be if it was available as a 16:10 device as well.