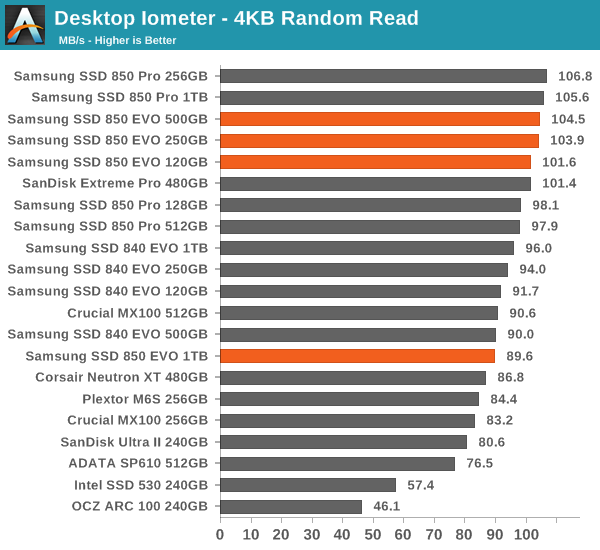 The models with the new MGX controller enjoy excellent random read performance, although the 1TB version isn't bad either. Without knowing the specifications of the MGX controller, it's hard to know what is causing the performance increase, but I still suspect it is due to a higher clock speed. 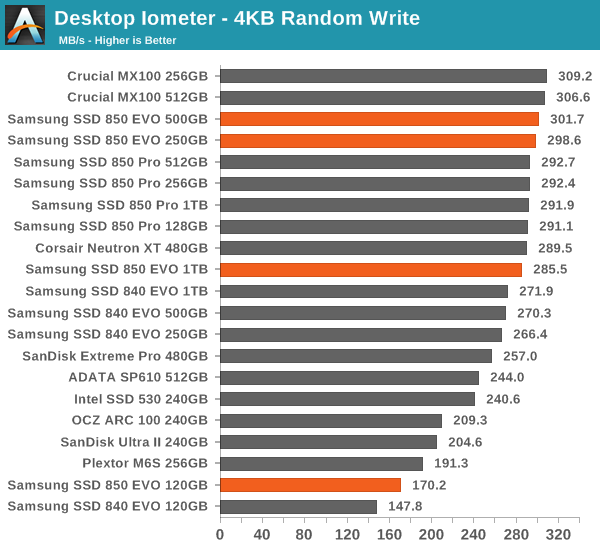 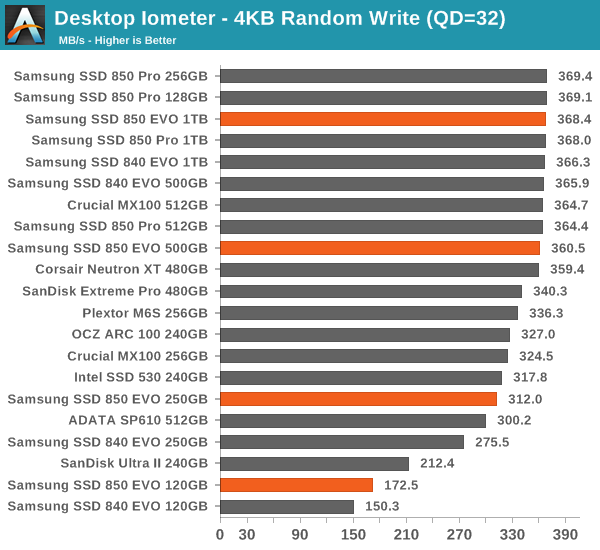 Random write performance also sees an increase across all capacities and is more or less on par with the 850 Pro at larger capacities. 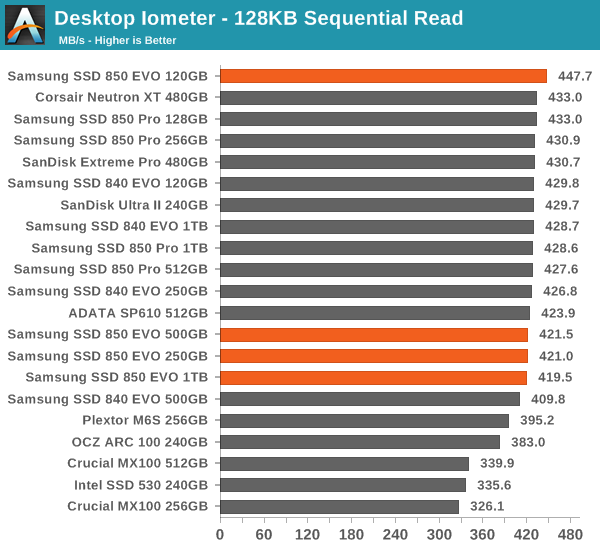 Sequential performance doesn't present any real surprises. Write speed at smaller capacities gets a small boost, but other than that the performance is typical SATA 6Gbps level. 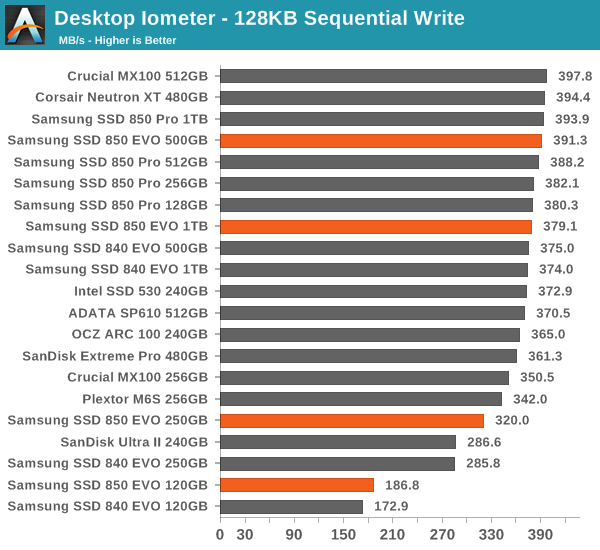 The AS-SSD sequential benchmark uses incompressible data for all of its transfers. The result is a pretty big reduction in sequential write speed on SandForce based controllers, but most other controllers are unaffected. 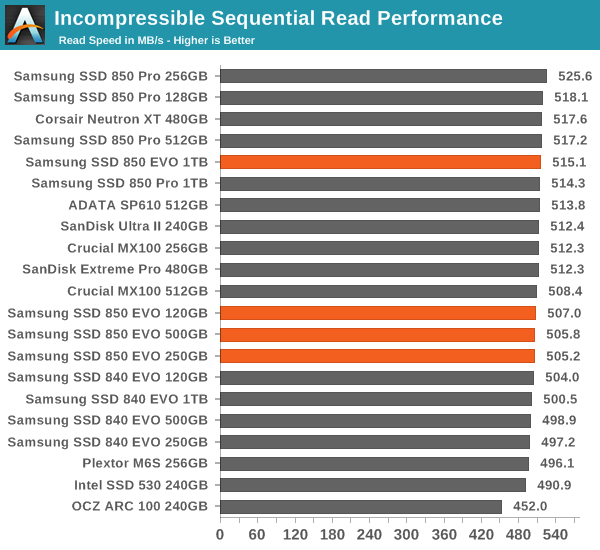 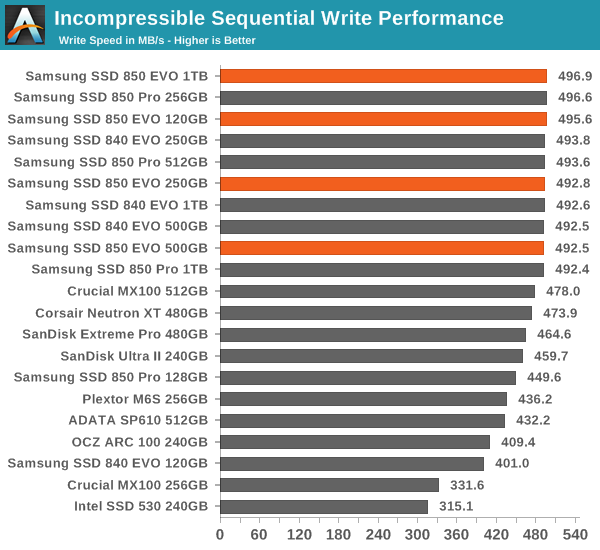