It is no secret that a lot of businesses got stuck on Windows XP, and partly due to things like IE6 and intranet sites and apps that would only work on that platform. As we discussed, the changes to the Windows Vista’s security model made a lot of corporate apps stop working, and the changes to the driver model and minimum hardware requirements for Vista meant that existing computers could not necessarily be upgraded from XP. This was a major problem for Microsoft. Getting companies to buy into a new way of doing business does not always work out. If it was difficult to get a business to upgrade to Windows 7, you can imagine how difficult it would be to have that same business upgrade to Windows 8 with its entirely different look and feel.

Windows 10 is more than Windows 8.1 with a Start Menu, although at first glance that seems to be the case. Microsoft has put some major effort into adding features to Windows 10 specifically aimed at the business crowd. 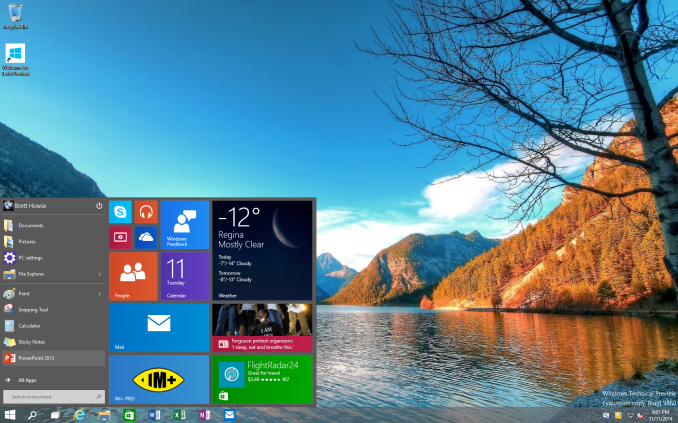 The first change, is of course the Start Menu, which is back. The Windows 8 Start Screen was a major pain point with business, so this alone is a big benefit. Having a familiar look and feel to the OS is key to keeping workers productive, and the thought of having to train the workforce for Windows 8 was not very appealing. The previously discussed WinRT apps being able to be used in a window is also a nice feature to keep productivity up. But these changes are fairly cosmetic, and it is the features under the covers that should really help businesses, and consumers as well, to buy into Windows 10.

As many of us are aware, having to do a clean install of Windows, and then re-load all of your settings, applications, and devices, can be quite painful. Windows 10 is going to offer an in-place upgrade for users of Windows 7, Windows 8, and Windows 8.1. The upgrade will preserve apps, data, and device settings from the original install of Windows to allow for a smoother transition. On my desktop PC, I performed an in-place upgrade to view the results. Although it was extremely slow to complete (I have about 200 GB of apps and data on my main SSD so the upgrade took well over an hour) the result was exactly what was promised. All of my apps on the desktop were still in place, and I was able to get right back to where I was with Windows 8.1.

While not the first version of Windows to support an in-place upgrade, Microsoft is promising Windows 10 will be the best in-place upgrade yet. With Windows on as many devices as it is, there are likely to be some problems, but my one computer worked fine even though this is far from the release version of the software.

At the same time, Windows 10 will support the traditional wipe and install approach. My experience with this method is even more positive than the in-place upgrade. Booting off of a USB drive and installing Windows 10 on an unformatted SSD ended up taking about five minutes. Although Windows 8.1 installs are likely as fast, it is still impressive when you remember back to installing Windows 9x/XP. 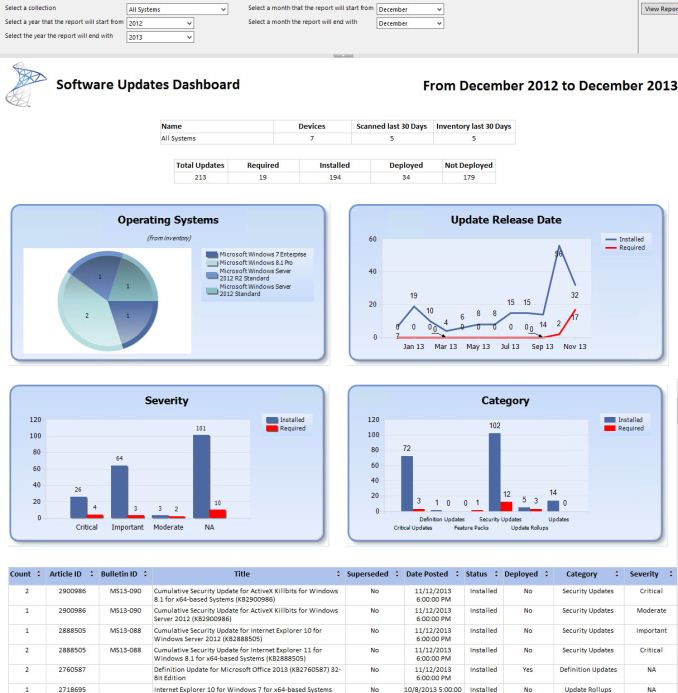 Microsoft is also building new runtime configuration tools to transform devices from their off-the-shelf state to fully configured business devices without having to image them. Since these tools are not available yet, I have not seen them but this may be a quicker way to set up multiple machines rather than having to manage images and driver packages for a multitude of different types of hardware. This can also allow choose-your-own-device type scenarios, with the provisioning tied to Mobile Device Management (MDM) services. Of course, traditional wipe-and-load deployment will also be supported, and Microsoft has a bevy of tools to help with this including the Microsoft Deployment Toolkit and System Center Configuration Manager.

Speaking of MDM, this is also a major new feature coming to Windows 10. Windows 8.1 offered some MDM abilities, and Windows 10 is expanding the feature set. This will allow MDM to configure Windows 10 for things such as Enterprise Data Protection policies, support for managing multiple users, full control over the Windows Store, VPN configuration, full device wipe and encryption, and more. This will allow many more businesses the ability to have device management. While Microsoft and other companies have long offered configuration management tools such as Microsoft System Center Configuration Management, the software is complex and requires a significant investment to set up and keep up to date. With Windows 10 offering comprehensive device management with MDM, this will allow companies to use the much less complex MDM tools such as Microsoft InTune.

Of course, one of the biggest concerns for any business is security. Windows 10 is also adding new features here which should result in security for both identity protection, and information protection. Identity protection is a major concern for IT departments, and as such they often employ password policies which are complicated and create user confusion, and of course extra support calls for forgotten passwords. One way in which Windows 10 is addressing this is by building in additional choices for multi-factor authentication. With Windows 10, the device itself can be one of the two factors for authentication. A second factor can be a PIN, password, or a biometric. So, effectively, a password will not be required if that is acceptable by the company's security policy. Also, Microsoft will also be allowing a smartphone to be one of the choices in multifactor authentication, and the phone will be able to connect over Bluetooth or Wi-FI to the PC to act as a remote smartcard. The technology powering this multifactor authentication is fairly familiar stuff to IT departments: a cryptographically generated key pair generated by Windows, or a certificate from an already established PKI system.

Information Protection is also a huge concern for business. Microsoft created Bitlocker for on-device encryption to protect data files at rest, but of course if the device is running, Bitlocker cannot protect data. To address this in Windows 10, Microsoft is leveraging some of their existing technologies (ie Azure Rights Management and Active Directory Rights Management) to protect data. Microsoft is calling the new implementation Data Loss Prevention (DLP) and the new solution separates corporate and personal data and protects the information by having the files encrypted on their own. Microsoft is claiming DLP will allow corporate data to be protected without any additional work by the end user – you will not need to switch modes or change apps – which should drastically improve the ability of companies to keep track of their data and prevent it from leaking out in the event someone emails it to the incorrect recipient. Windows Phone will also support these features, which may or may not help adoption of Microsoft’s smartphone OS in the enterprise. 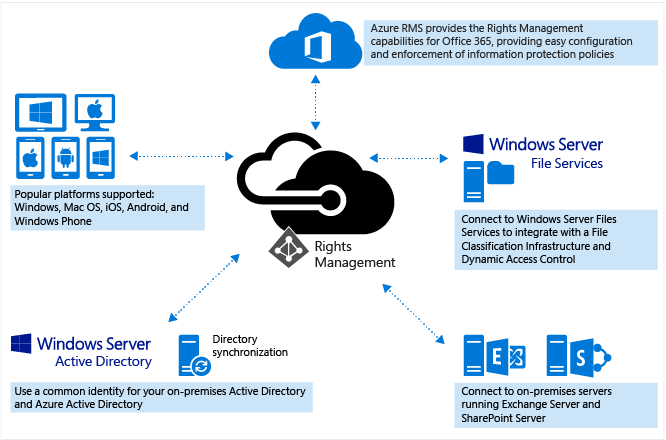 As an attempt to keep malware at bay, Windows 10 can only allow trusted applications to be run on it. That trust can come from Microsoft, or from OEMs and organizations. A company can sign apps themselves if they wish, choose apps signed by particular software vendors, apps from the Windows Store, or all of the above.

And finally with business related features, the Windows Store will be able to function as a licensing portal for volume app purchases. Organizations can create custom stores, which can show approved apps from the Windows Store alongside company-owned apps.

Windows 8 was going to struggle with enterprise adoption for more reasons than just the start screen, but clearly Microsoft is trying to push a set of services that will entice their enterprise and business customers to try out Windows 10. A lot of the focus on the Technical Preview has been in regards to new features for business, and there is a lot to digest here.