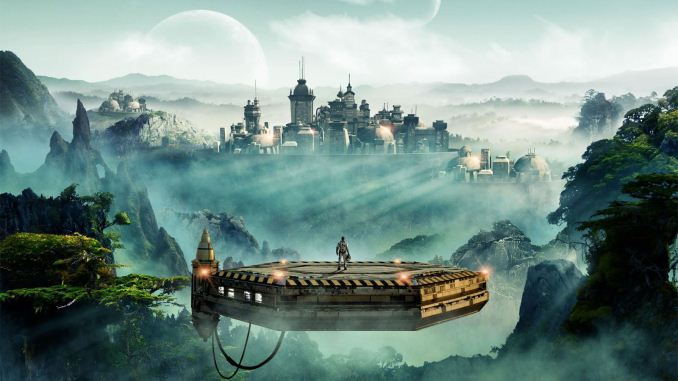 One of the longest running gaming franchises around, the Civilization series goes all the way back to my high school years. There have been many changes along the way, but the core gameplay has remained. Civilization is a turn-based strategy game where you guide your fledgling empire from the early stages of a single settlement up through global endgame battles for domination. The games have all been digital crack as far as I'm concerned, and I know at least a few people that failed – or very nearly failed – out of college thanks to time spent playing various incarnations of Civilization. The latest update, as the name implies, takes the series outside the confines of Earth once more – a place Civilization hasn't really been since Alpha Centauri back in 1999. If you happen to enjoy turn-based strategy like Ryan or me, say goodbye to your loved ones and prepare for a trip down the rabbit hole of Civilization once more….

One of the interesting aspects with Civilization: Beyond Earth is that the developers, Firaxis, have opted to include support for AMD's Mantle API. We've been over this subject quite a few times, but the core idea is that Mantle provides low level access to the graphics hardware, potentially allowing for improved performance or other improvements. We've seen other games use Mantle (Battlefield 4, Thief, Plants vs. Zombies: Garden Warfare, and Sniper Elite 3), but this is the first game to really do something more with Mantle than reducing the cost of draw calls. That's still a benefit that Civilization: Beyond Earth enjoys, but Firaxis has gone a step further for owners of CrossFire setups and has enabled a custom Split-Frame Rendering (SFR) approach for multiple GPUs instead of the typical Alternate-Frame Rendering (AFR) that most games use with CrossFire and SLI.

I like the idea of SFR, as it means adding multiple GPUs won't increase input latency, and in fact from a theoretical perspective SFR could actually reduce latency. Consider one GPU that takes 20ms to render a frame, and if you have two GPUs each taking 20ms you can get a new frame every 10ms, but buffering means you're still seeing latency of around 20ms (and in worst-case scenarios up to 40ms). With SFR, the two GPUs could potentially work together to render a single frame in 10ms, cutting input latency in half. That's the potential upside, but of course it can be far more complex to implement SFR (which is why most games choose to go with AFR).

I don't have multiple NVIDIA GPUs to test SLI performance, and normally I wouldn't worry too much about CrossFire, but the Mantle SFR support does make for a potentially interesting outcome so I'll at least test the two CrossFire configurations I have on hand (R9 290X and R9 280). I should note that the preview release of Civilization: Beyond Earth that we're testing does have a specific limitation that prevents it from using more than two GPUs; in fact, if you have more than two GPUs, you apparently need to disable the extra GPUs in the device manager or the game won't launch, though a 0-day patch is in the works to address this. Anyway, we'll look at CrossFire performance with and without Mantle later on.

As our testing environments at AnandTech tend to vary a bit by editor, let me again reiterate that I'm not using the same setup as Ryan uses for our GPU reviews; for gaming benchmarks like this, I have the following hardware:

Basically, my hardware is more of a "mainstream" gaming setup rather than an extreme configuration (e.g. LGA2011), though I did overclock the CPU to 4.1GHz to remove as much of the CPU bottleneck as possible. For anyone running a single GPU – and in most cases even with two GPUs – this sort of build is more than fast enough to keep the GPUs happy. I've also upgraded to a 4K display, Acer's XB280HK G-SYNC panel, which will help tax the faster GPUs. And it's a good thing too, as Civilization: Beyond Earth can hit the CPU pretty hard, with ultra-high resolutions being one of the few things that will help differentiate between the various high-end GPUs.

For testing Civilization: Beyond Earth, I've selected four settings: 3840x2160, 2560x1440, and 1920x1080 with Ultra quality and 4xMSAA, and then as a slightly less strenuous setting I've also tested 1920x1080 High without any anti-aliasing. I'm using the latest AMD 14.9 Beta 2 Catalyst drivers, which should be publicly available by the time you read this; for NVIDIA GPUs I've updated to the recently released 344.48 WHQL driver that's "Game Ready" for Civilization: Beyond Earth. Of course this is an AMD Gaming Evolved title, and with Mantle support I've also tested the AMD GPUs using both the DX11 rendering path as well as the Mantle rendering path. There doesn't appear to be any difference in terms of image quality, so Mantle is being used purely as an option to increase performance. 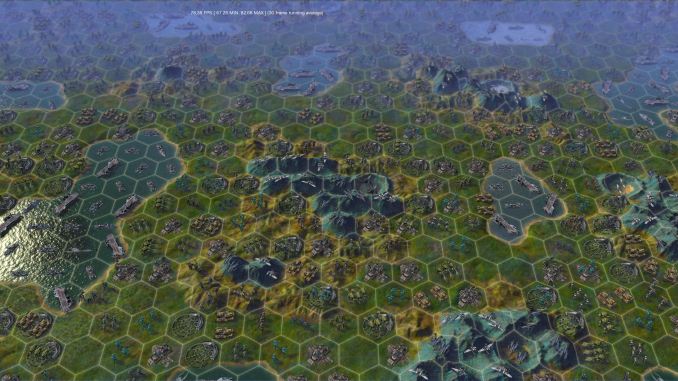 One final item to note is that the built-in benchmark basically represents something of a worst-case scenario for performance. Civilization: Beyond Earth has a grid of hexes over the terrain, and early on there aren't too many units on screen. Near the end of a game however, it's not unusual to have most hexes occupied – or at least a lot of them – and that can cause performance to tank. As you can see in the above screenshot taken from the benchmark, Civilization: Beyond Earth really can't get much worse than what we're showing here; very nearly every hex on the map is occupied. And with that said, let's see how things play out….