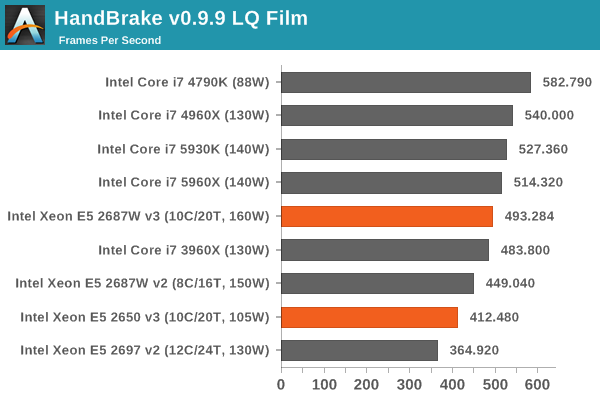 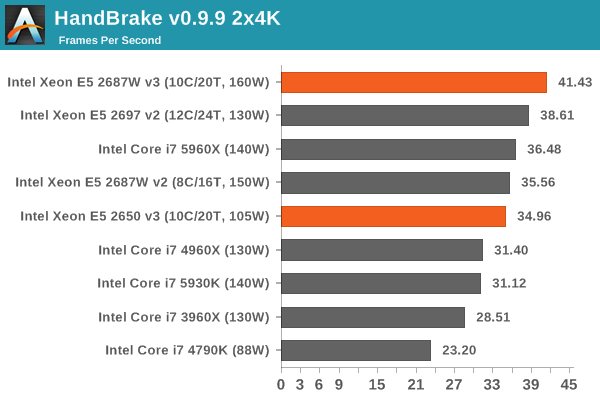 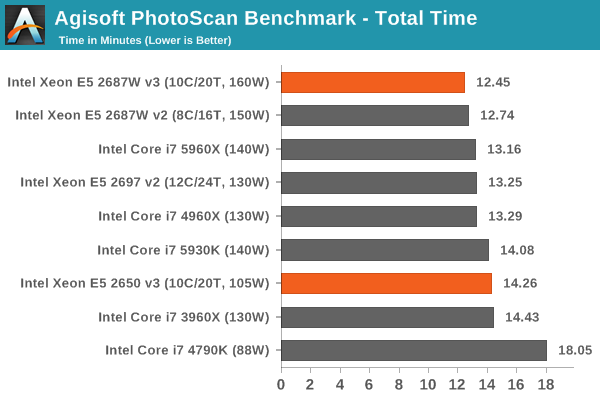 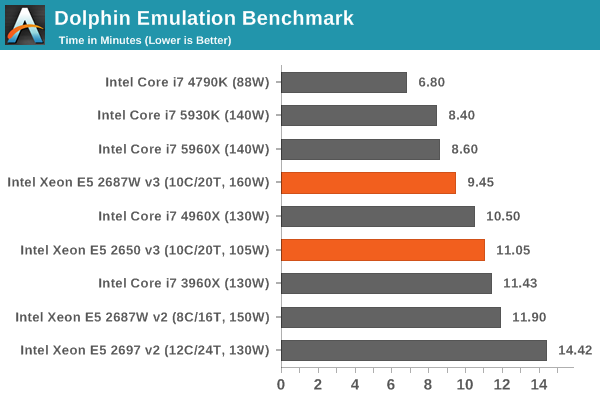 A single emulation instance benefits from a fast single core. 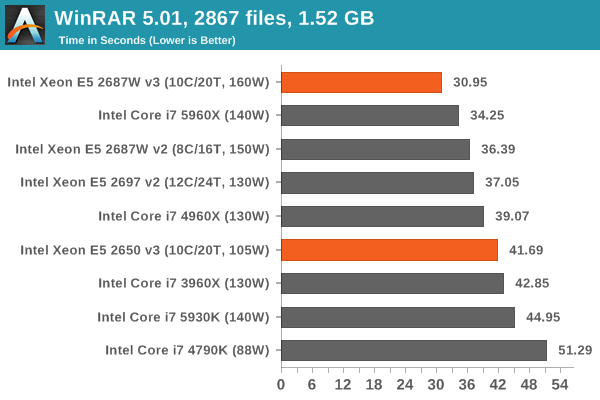 WinRAR seems to enjoy Haswell-EP over Ivy-EP, although it stills needs a high frequency to achieve top speeds.

A new addition to our CPU testing suite is PCMark8 v2, where we test the Work 2.0 suite in OpenCL mode. 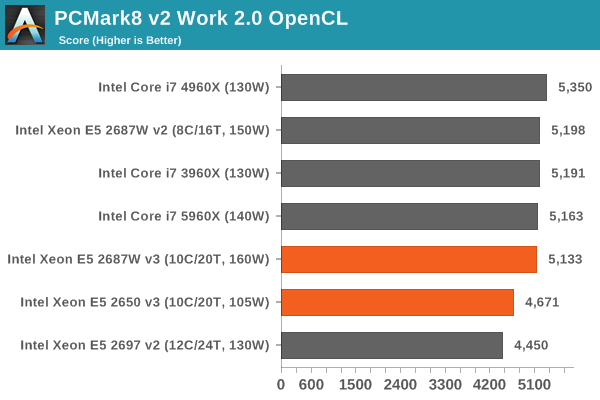 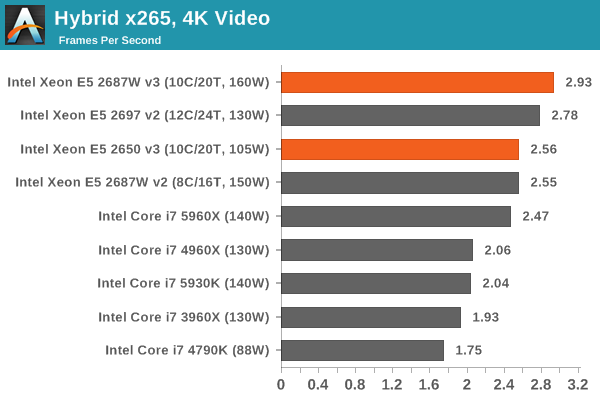 Hybrid also takes advantage of the new architecture, giving a 5% advantage to the E5-2687W v3 despite two fewer cores. 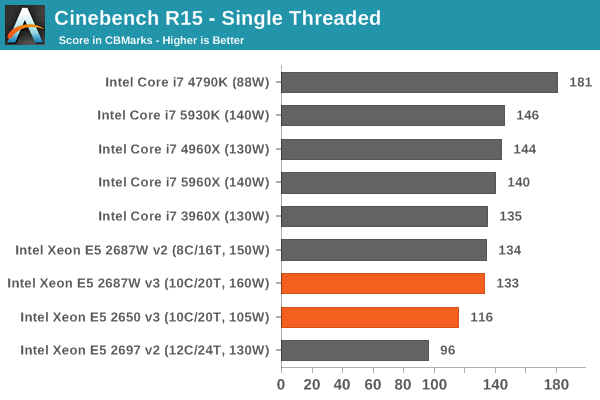 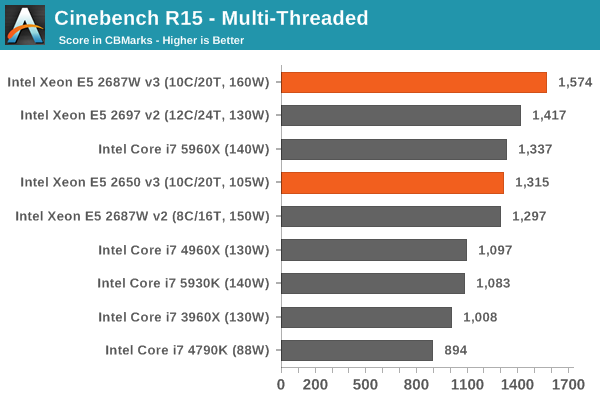 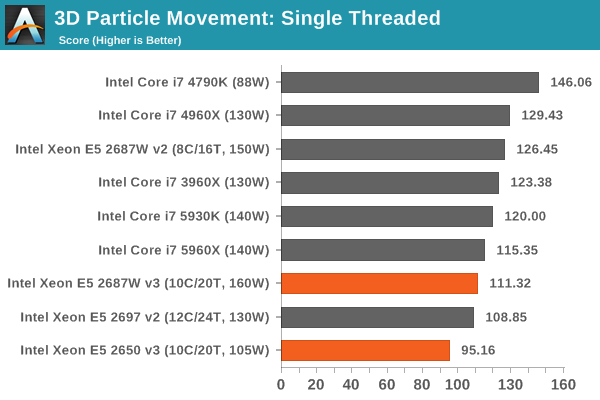 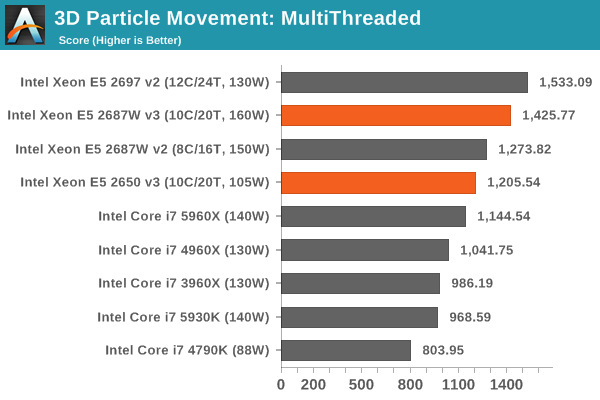 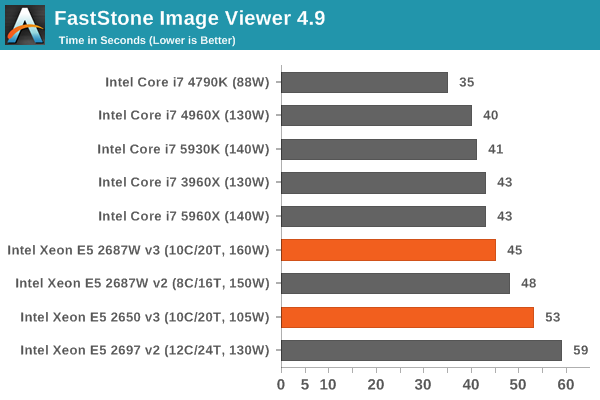 General usability is a big factor of experience, especially as we move into the HTML5 era of web browsing. For our web benchmarks, we take four well known tests with Chrome 35 as a consistent browser. 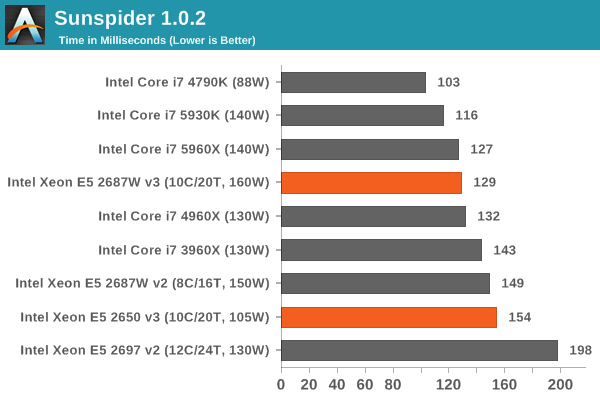 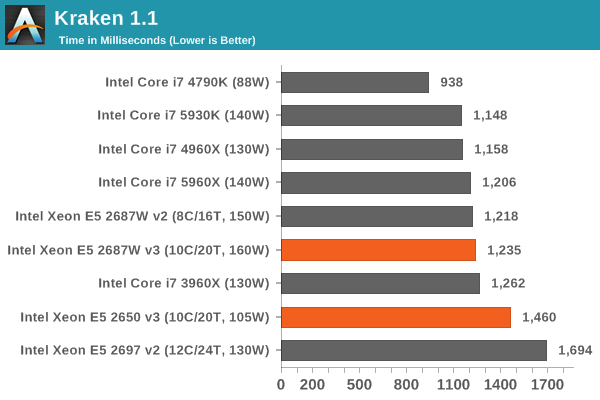 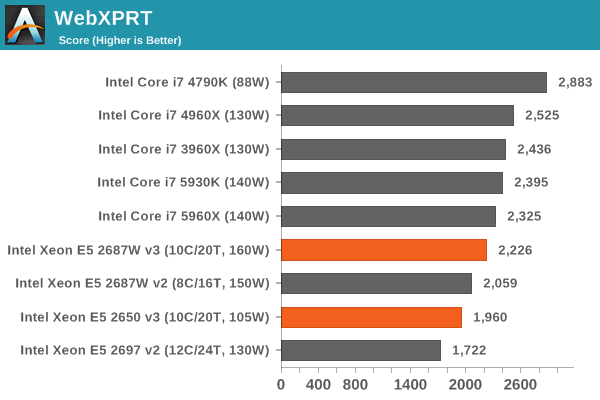 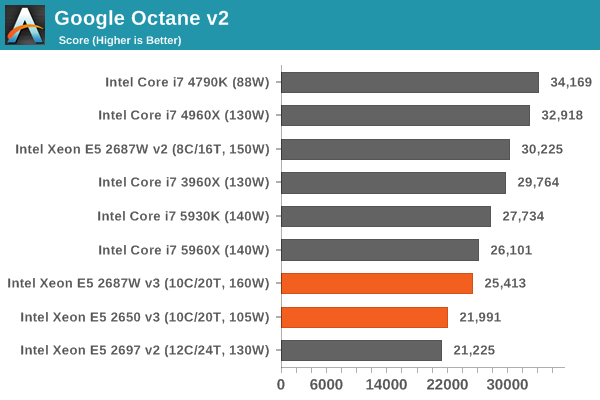