With GTX 980 we saw first-hand how GM204 had very significant overclocking headroom. Even without the ability to meaningful overvolt on NVIDIA cards, we were able to push our base GPU clock speed up from 1126MHz to 1377MHz, or in terms of the maximum boost bin, from 1265MHz to 1515MHz. Consequently with GTX 970 shipping at lower clock speeds, we have very lofty expectations here.

But running counter to that will be TDP. As we have already seen, GTX 970 is TDP limited right out of the gate, so even if our card has more clock speed headroom, its 110% TDP limit doesn’t leave much more in the way of power headroom. Furthermore as this is already a factory overclocked card, there’s no guarantee that EVGA has left us much overclocking headroom to play with in the first place.

And in fact our results show they haven’t. We aren’t able to get even another 50MHz out of our GPU before errors start setting in; 25MHz is all we will get, which pushes our base GPU clock speed from 1216MHz to 1241MHz, and our maximum boost clock from 1418MHz to 1455MHz. Overall this is a weaker overclock than GTX 980, though not immensely so.

Meanwhile memory overclocking was just as fruitful as it was on GTX 980, with our card being able to handle up to 7.8GHz on its GDDR5 memory. As we saw with GTX 980 we’re nearly as memory bandwidth bottlenecked as we are GPU bottlenecked, but we will take what performance we can get. 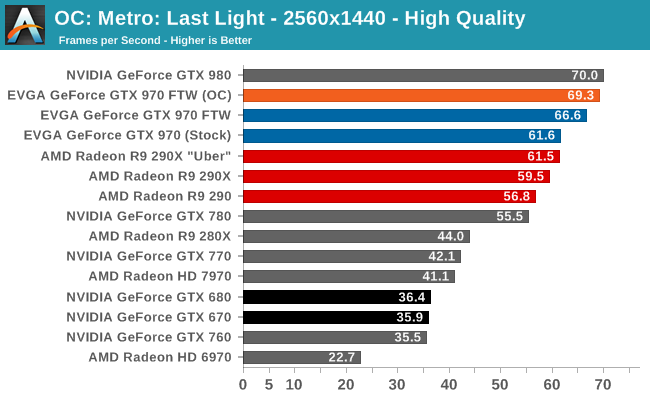 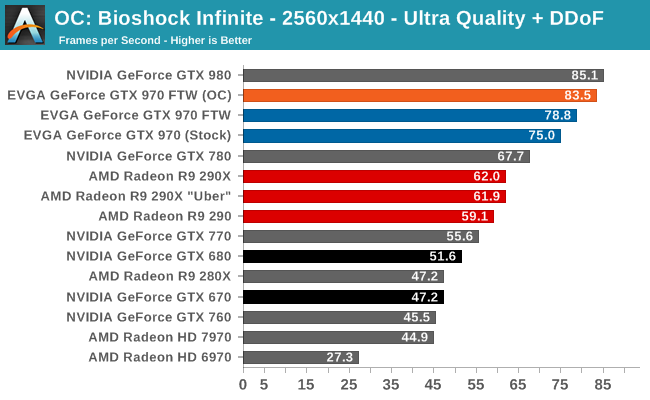 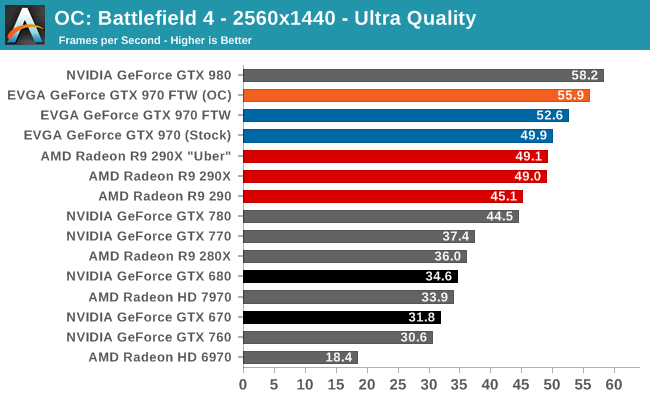 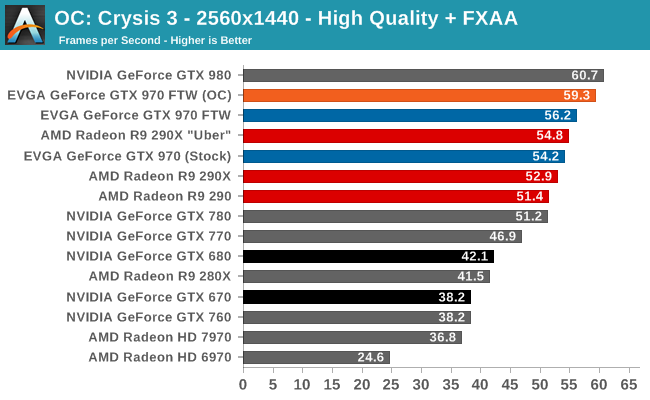 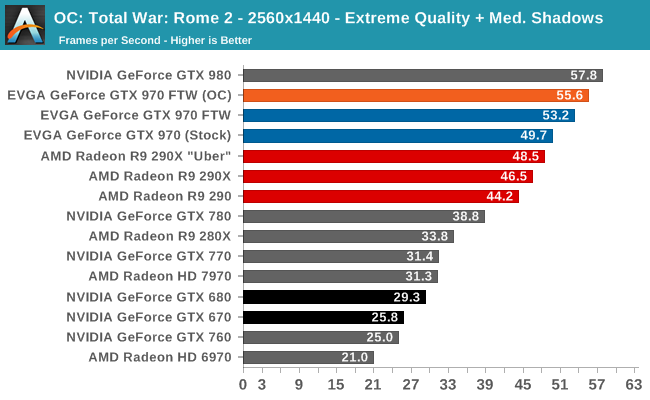 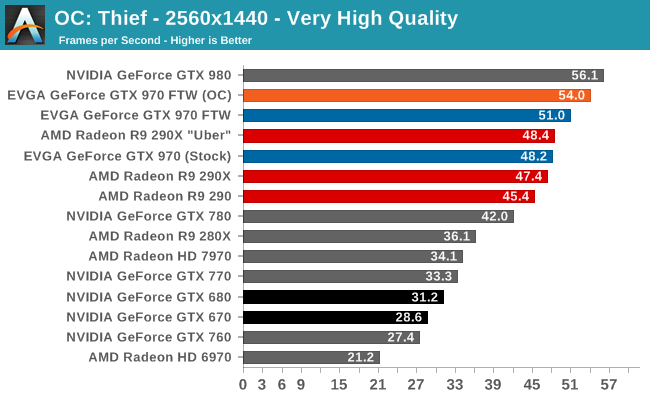 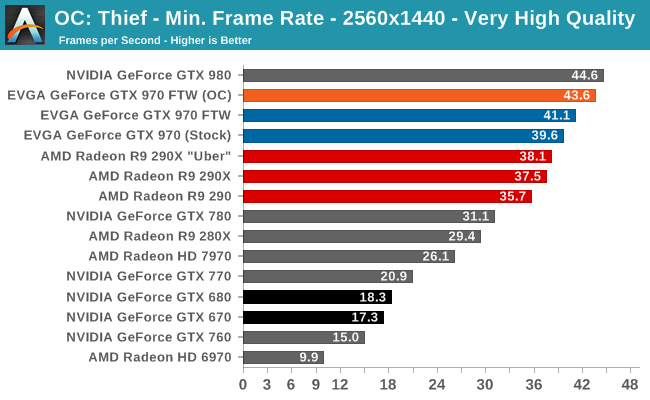 As you’d expect from such a mild overclock, the performance increase is very limited. Our overclocked GTX 970 FTW does close on GTX 980 even more, but even with this full overclock it won’t overcome the 3 SMM deficit.

Overall in all likelihood the GTX 970 FTW benefits more from the 10% increase in TDP than it does the clock speed increase. GTX 970 – and GM204 in general – clearly desires to be fed with more voltage and more power overall than what any NVIDIA approved card is going to see. 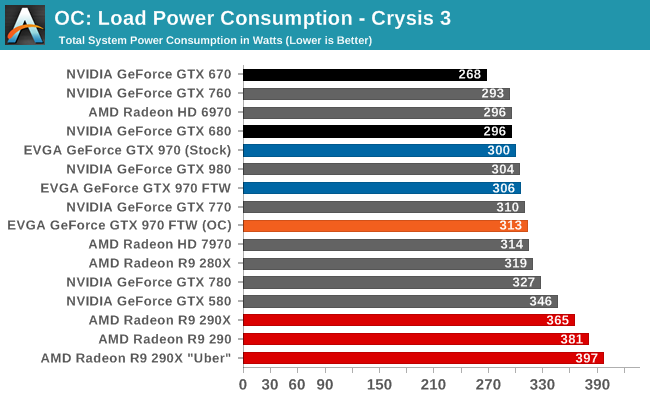 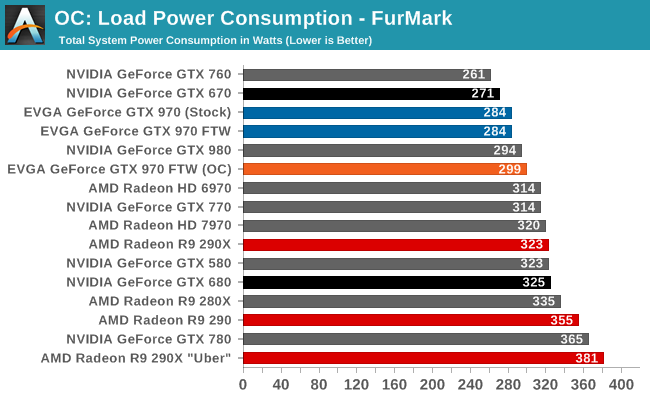 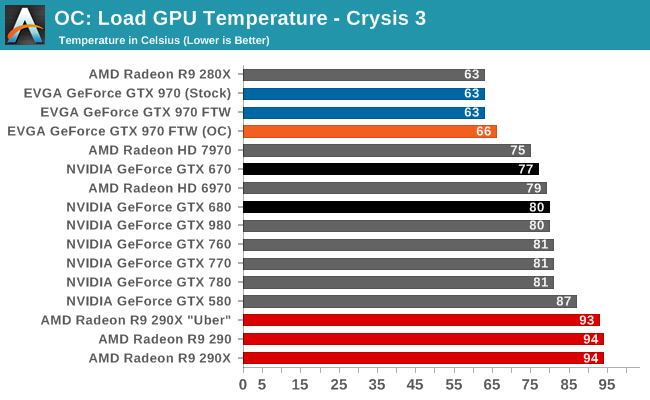 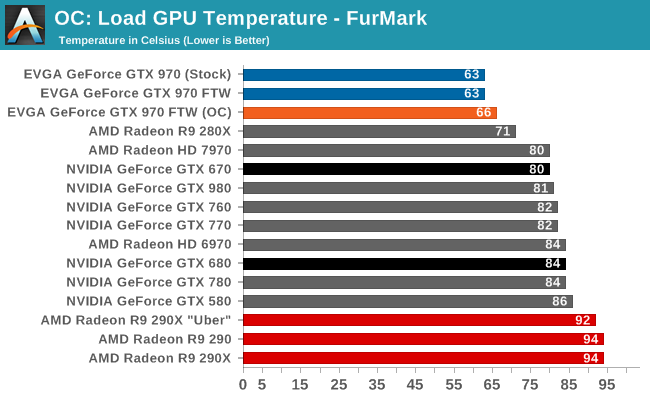 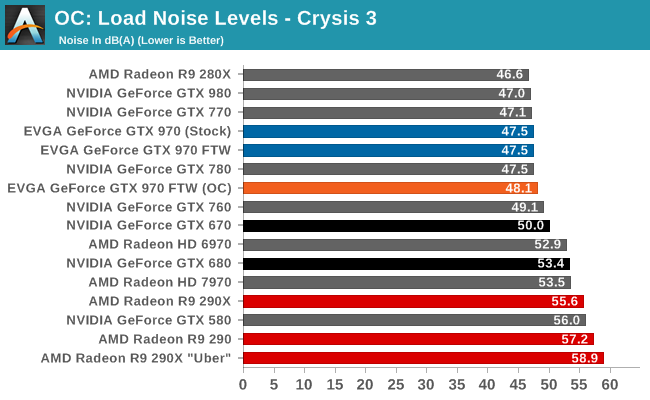 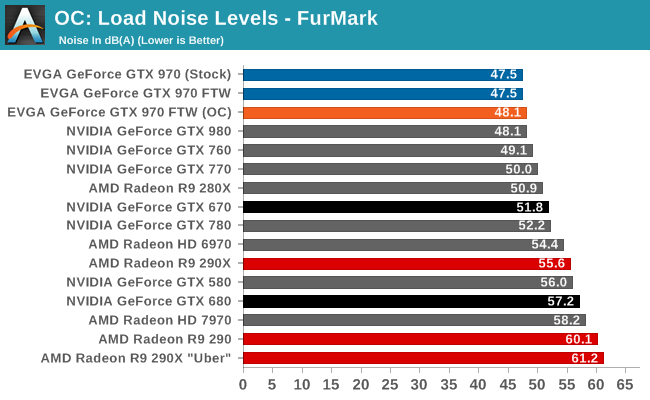