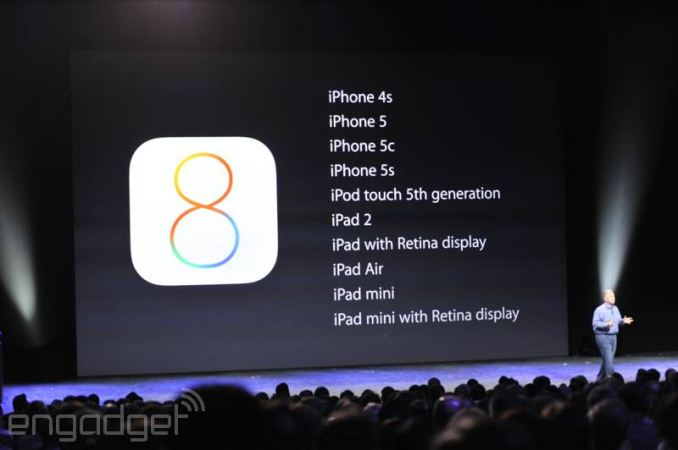 As Apple has already announced iOS 8 back at WWDC 2014, we won’t spend too much time recapping it here. Notable new features for iOS 8 include the low level Metal graphics API, new keyboard functionality, notification enhancements, and hands-free Siri.

Meanwhile for compatibility, Apple has confirmed that iOS 8 will be coming to A5 and higher devices. This includes the iPhone 4S, iPad 2, and iPod Touch 5th Gen, along with their respective successors including the iPhone 5 and iPad Mini. In practice this means that iOS 8 will run on anything iOS 7 ran on other than the iPhone 4, which was the sole A4 device to run that OS.