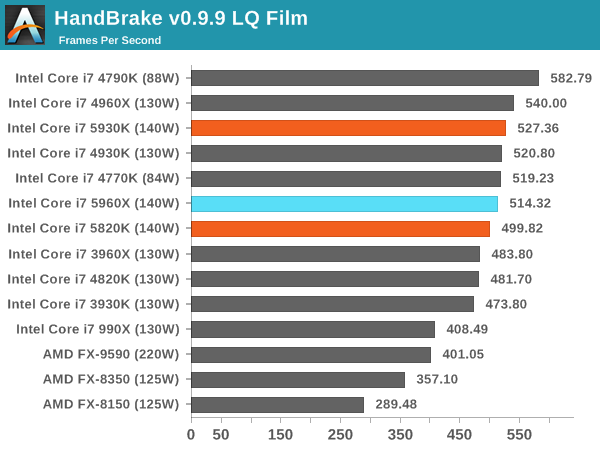 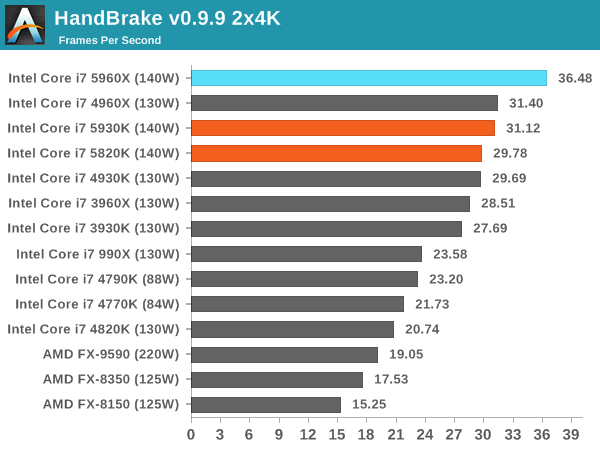 The variable turbo speeds of the CPUs results in a small difference in low quality conversion, and the high single core frequency of the 4790K wins there. For 4K conversion the problem becomes more parallel and the extra cores of the 5960X push it ahead of the pack. The 5930K and 5820K are both behind the 4960X however. 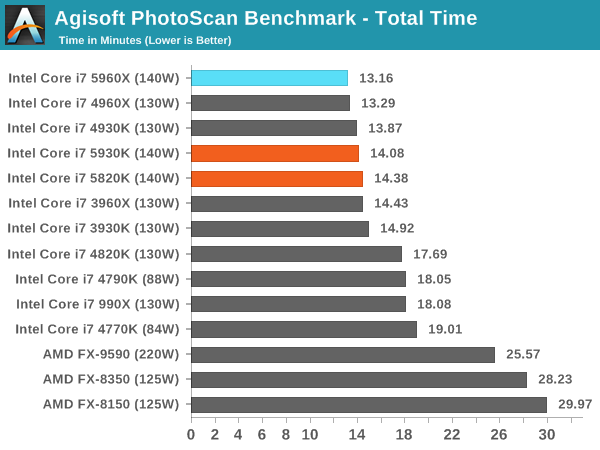 Photoscan's four separate components rely on different amounts of high frequency vs. many cores: check our Bench database for more detailed results but overall the 5960X comes out on top. That being said, the 5820K is less than 40% of the price and is only 1.2 minutes behind. 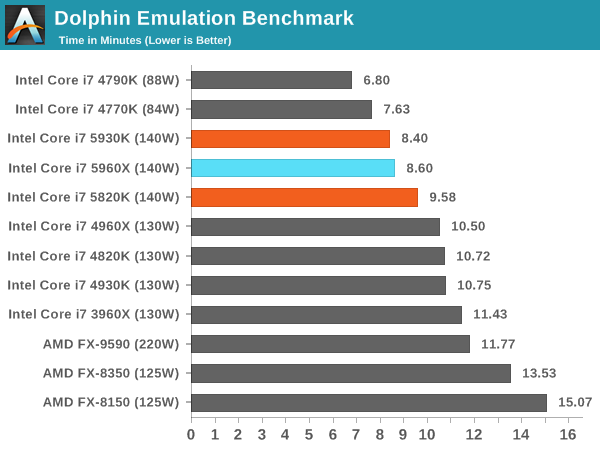 Dolphon loves single core speed and efficiency, meaning the 4790K wins out again. Interestingly the large L3 cache of the 5960X also helps here against the 5820K, despite the 5820K having a higher single thread frequency. 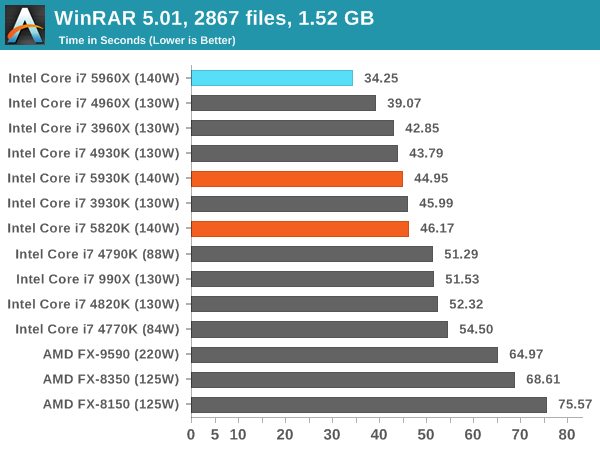 WinRAR is a variable thread workload, but more cores still wins out. Interestingly the xx60X CPUs are ahead of the xx30K CPUs followed by the xx20K. After this comes the 4790K, and then the 990X on par, showing how far three generations of Intel CPU have developed.

A new addition to our CPU testing suite is PCMark8 v2, where we test the Work 2.0 and Creative 3.0 suites in OpenCL mode. 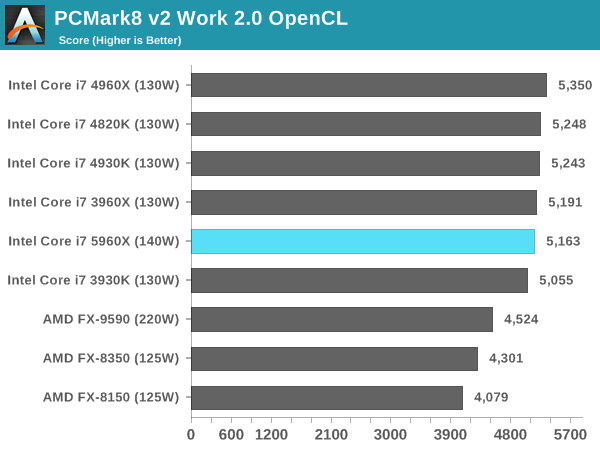 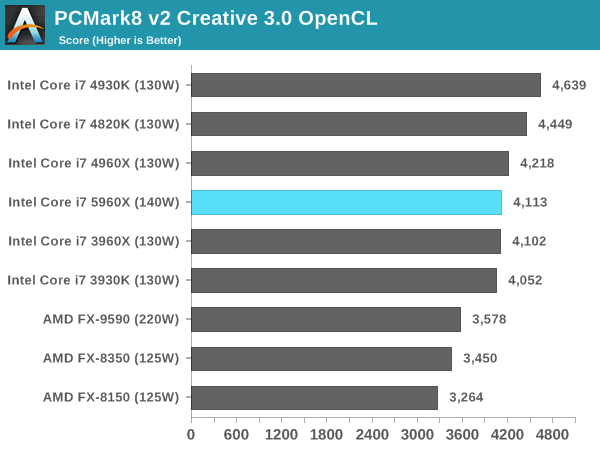 PCMark v8 relies on a number of factors, and it would seem that frequency is preferred over cache and memory. Interestingly the 4930K beat the 4960X in the Creative Suite with no obvious explanation. 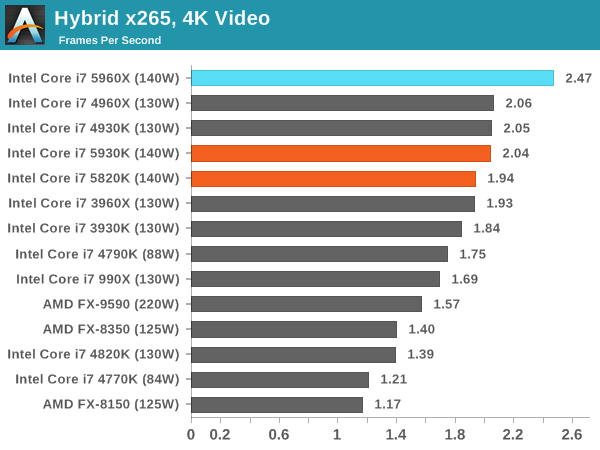 Converting 4K video gets another step in the preference for more cores in Hybrid x265. The 5820K matches the 3960X, showing the progression of CPU generational development. 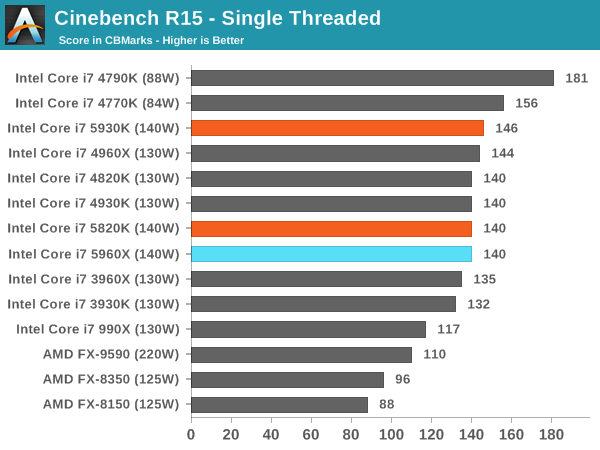 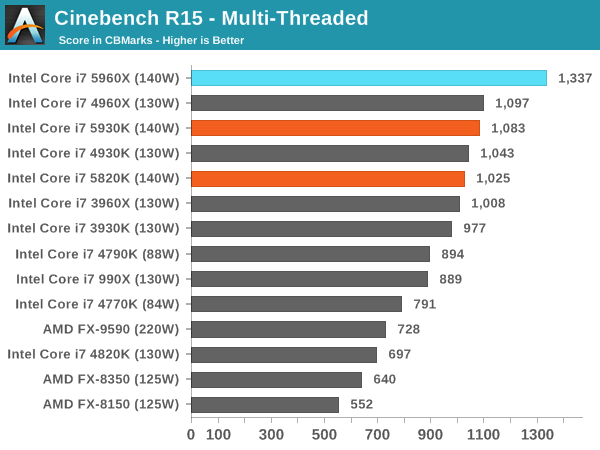 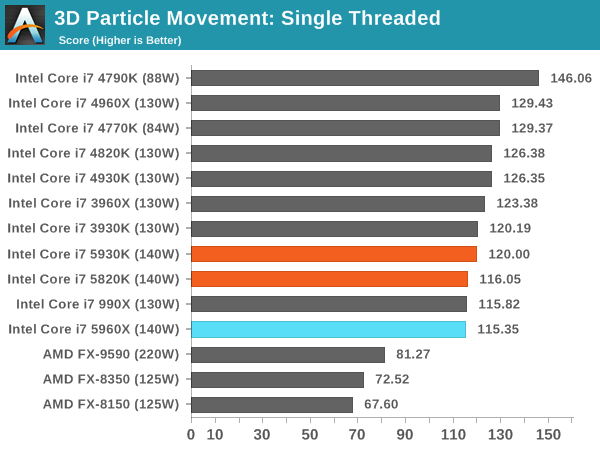 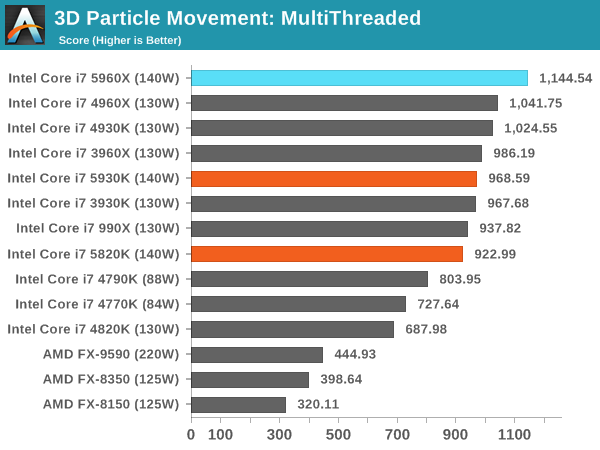 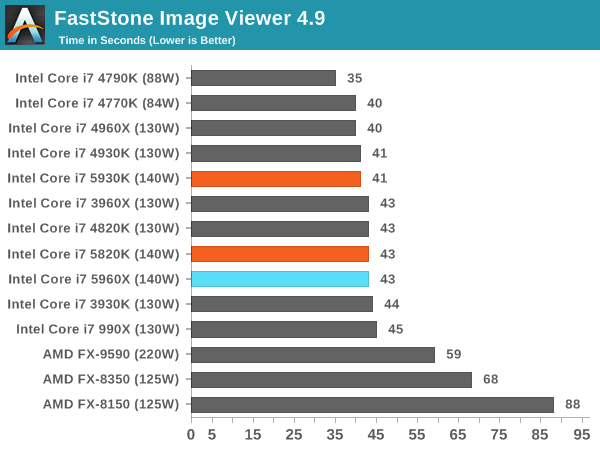 FastStone is a purely single threaded exercise, showing here how the lower core CPUs with high turbo perfom best, and by quite a margin.