We tested with dual random read, as we wanted to see how the memory system coped with multiple read requests. To keep the graph readeable we limited ourselves to the CPUs that were different. The Xeon E5-2695 and 2699 have a very similar memory subsytem (dual memory controller) so we tested only the E5-2699. 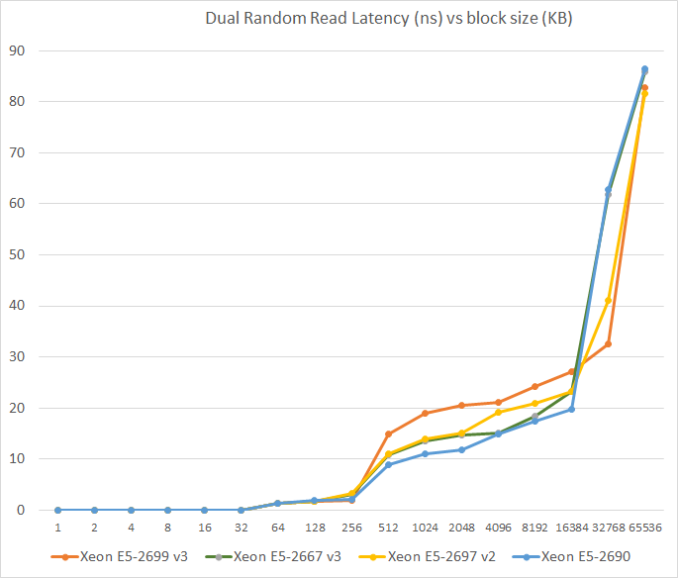 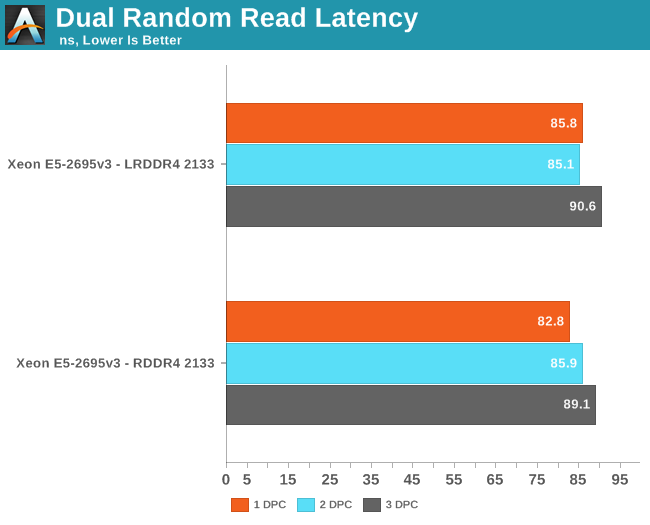 The DRAM subsystem is still three or four times slower than the massive L3 cache. LRDIMMs still have a very small latency overhead – +3.6% at the most – but that is neglible.