The gaming credentials of the BRIX Pro received a huge marketing boost when it was distributed as a 'Steam Machine' at the Steam Developers Conference earlier this year. Based on paper specifications alone, the BRIX Pro should be able to perform much better than any other previous Intel IGP. For the purpose of benchmarking, we chose five different games (Company of Heroes 2, Sleeping Dogs, Tomb Raider, Bioshock Infinite and DiRT Showdown) at three different quality levels. For today's review, we have numbers from the BRIX Pro's current configuration, the Intel D54250WYKH NUC (HD 5000) and the BRIX Pro with the configuration from the earlier review. In addition, we also dusted off a old gaming mini-PC, the ASRock Vision 3D 252B and processed our gaming benchmarks on that unit's GT 540M using the latest NVIDIA drivers.

As someone focusing on HTPCs and multimedia aspects, I rarely get to process gaming benchmarks, even while evaluating GPUs. One of the aspects that I feared was spending lot of time in installing the same games again and again on different PCs under the review scanner. The solution was to go the Steam route. Unfortunately, Steam also likes to keep the game files updated. A quick online search revealed that Steam could make use of an external drive for storing the game executables and downloadable content. 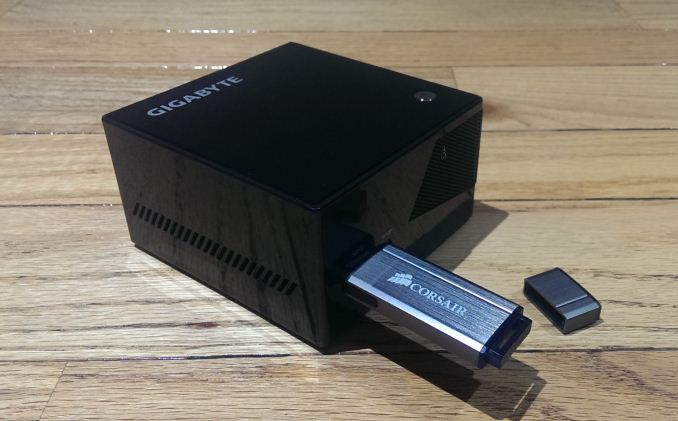 While searching for the ideal external drive to use for this purpose, Corsair came forward with their Flash Voyager GS USB 3.0 drive. The 128 GB capacity was more than enough for all the games that I planned to use for benchmarking. The 'thumb drive' nature meant that shuttling it from one system to another couldn't be any simpler. However, the deal clincher was the advertised read speeds of 275 MBps. With the Steam drive on-the-go use-case being read-heavy, the Corsair Flash Voyager GS USB 3.0 128GB Flash Drive became my portable steam drive. 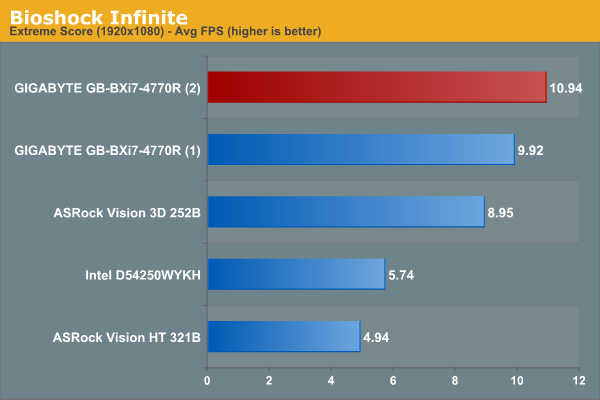 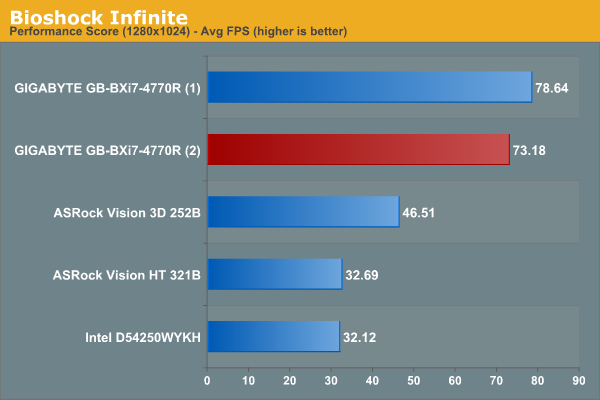 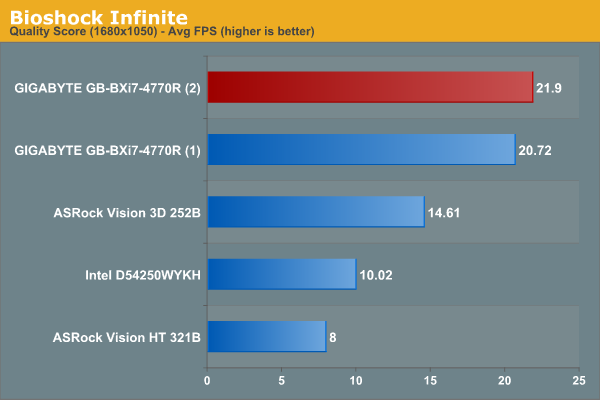 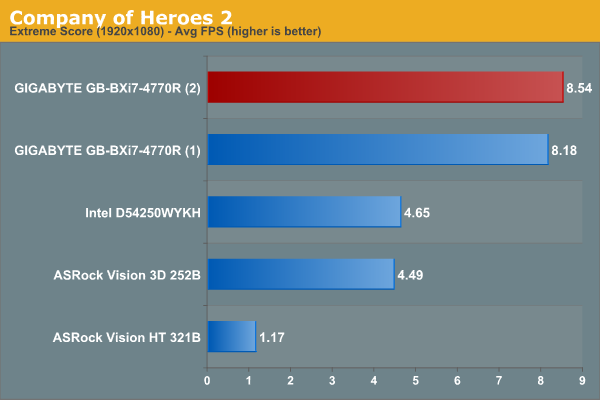 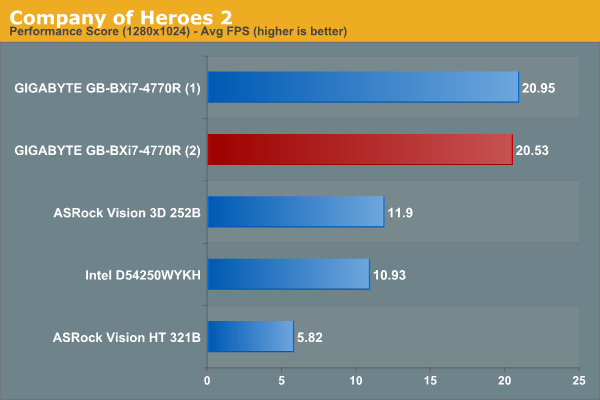 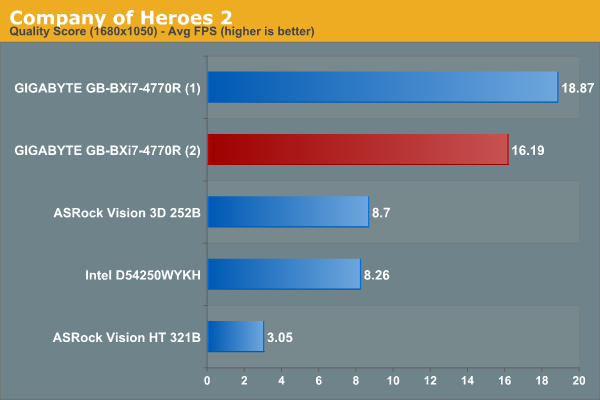 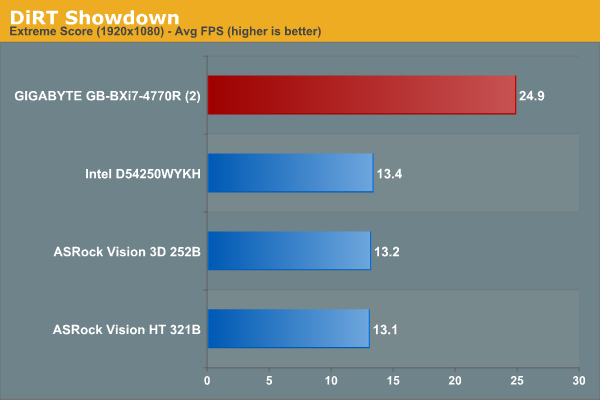 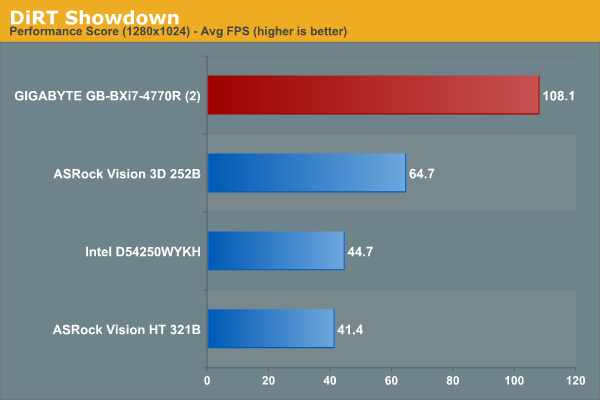 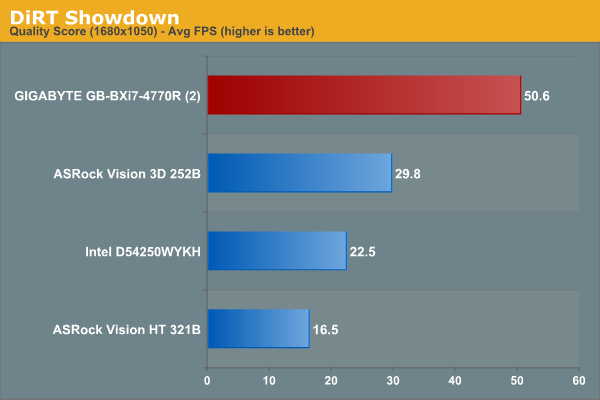 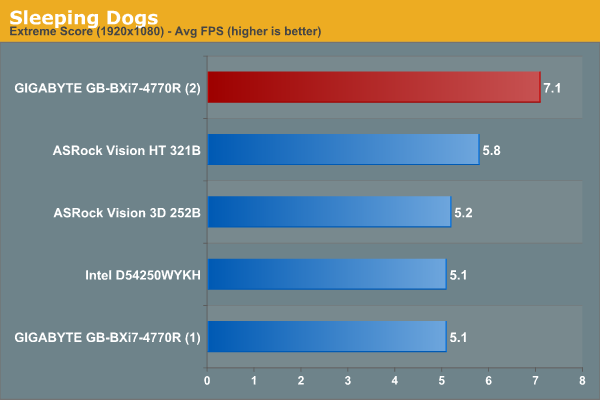 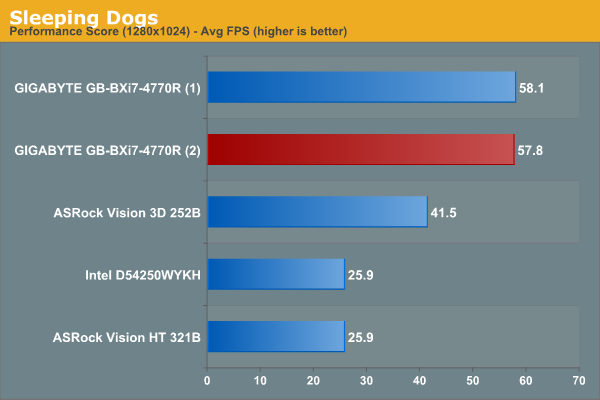 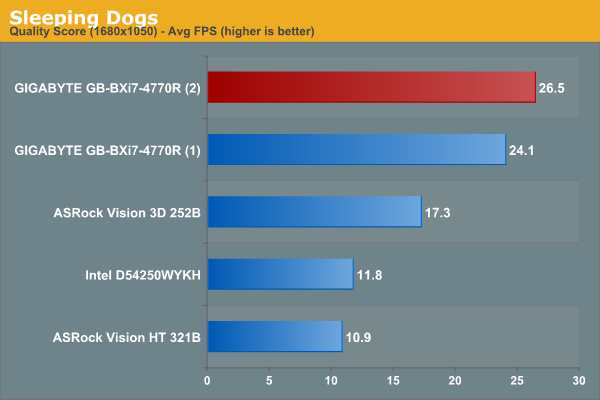 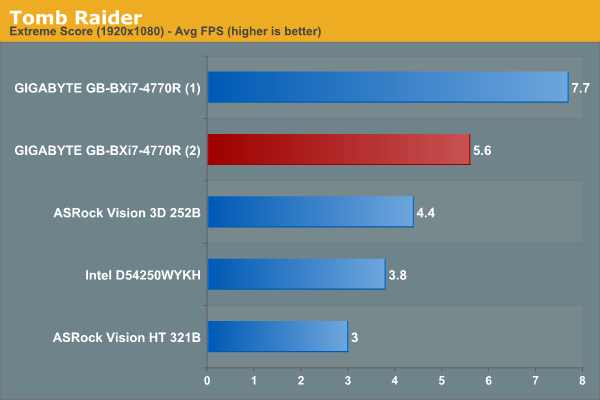 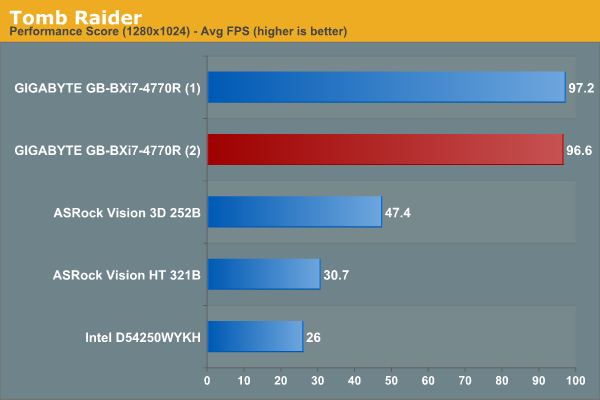 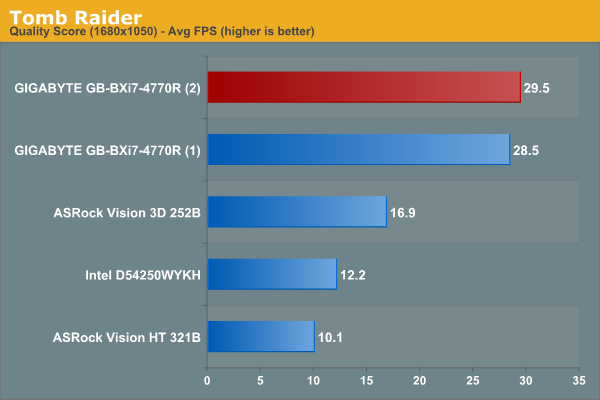 We see that the extra CPU grunt as well as the more powerful GPU clearly make the BRIX Pro stand out. Most of the games also benefit from the higher DRAM speeds (particularly at higher quality levels). The gaming credentials also outweigh that of the ASRock Vision 3D 252B, a bonafide gaming mini-PC just two generations old. However, as we shall see in the forthcoming review of the ASRock VisionX 420D, the BRIX Pro's i7-4770R is no match for a discrete mobile GPU such as the Radeon R9 M270X. Relaxing the size and power consumption requirements a bit gives an opportunity for the slightly larger VisionX 420D to deliver a better gaming performance at approximately the same cost.