Just as we mentioned in our original review of the GeForce3, until newer games come out, the Pixel/Vertex shader effects that the Radeon 8500 supports won't be of much use to you.  And just as NVIDIA realized this, ATI did too; there are two features that the Radeon 8500 boasts that can actually improve your games today, the first being TRUFORM and the second being SMOOTHVISION.

We described TRUFORM in a previous article, so for more information on what TRUFORM does in great detail, consult that article.  Briefly, what TRUFORM technology does is take triangle information from a game, internally convert the triangles into curved surfaces, and then make new triangles out of these that can be displayed on the scene.  The result of this is much smoother looking surfaces that once were blocky.

While we were originally skeptical about what developers would use TRUFORM it turns out that there is quite a bit of support for the technology.  Many developers will be either releasing patches for current games or incorporating TRUFORM technology into their future games.

In Valve's upcoming September patch for Counterstrike, TRUFORM support will be included so Radeon 8500 owners can gain better graphics without any performance hit.  We were allowed to bring you a few screenshots of exactly what this will bring users.

Below you have a typical screenshot in CS (minus the blood, the GI/terrorist are posing ever so calmly for your enjoyment). 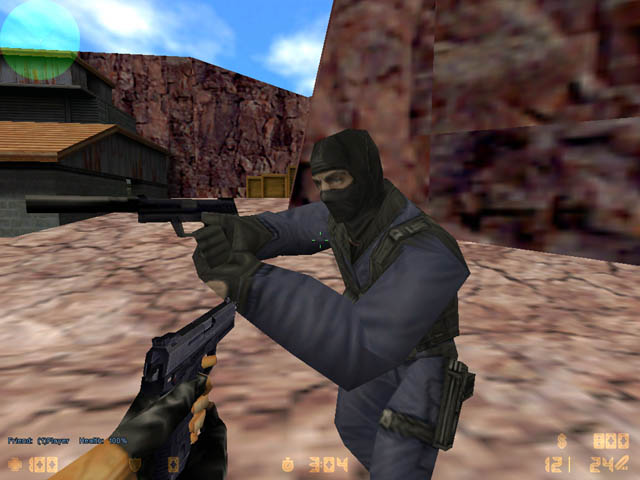 Now you have the same shot with TRUFORM enabled on the character models. 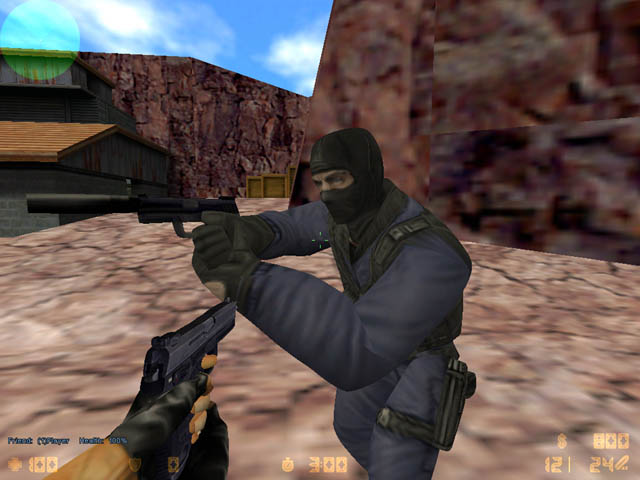 Look at the joints (e.g. elbow), the head and even the hand of the character facing the screen. Everything is a lot more rounded (also a bit puffier). It's a subtle improvement, but it comes at no performance cost to the end user. If you'd like to download the 1024 x 768 images click here.

Also be sure to think outside of the box, as we've been informed of titles that will use TRUFORM for things other than characters, such as landscapes.