SYSmark is developed by BAPCo, the Business Applications Performance Corporation, which includes in its current members Intel, Dell, Lenovo, Microsoft, Samsung, Sony, and Toshiba. The latest version of SYSmark, SYSmark 2014, uses the latest software packages from Adobe and Microsoft and meshes them together into a stringent testing package that can take a couple of hours to run. The end result gives marks for in office productivity, media creation and data/financial analysis sections as well as an overall result. SYSmark uses a standard office computer (an i3-4130 with a 500GB mechanical drive, 4GB DRAM, 1080p, integrated HD4400 graphics) to provide a benchmark score of ‘1000’, and all results are compared to this. Our testing runs the processors at 1080p with integrated graphics on an OCZ Vertex 3 240GB SSD. 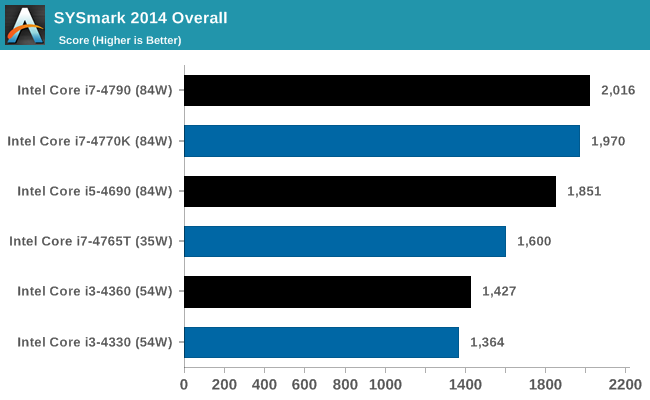 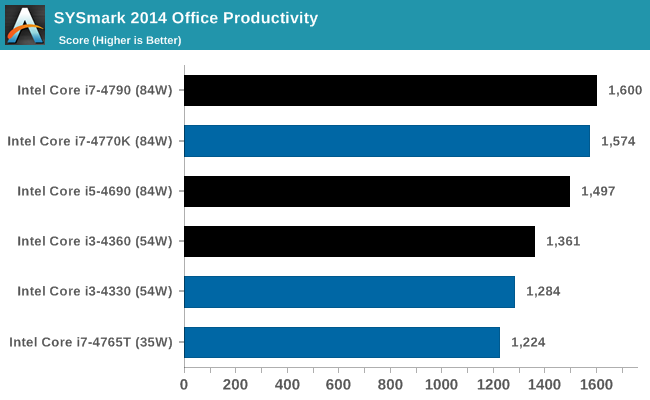 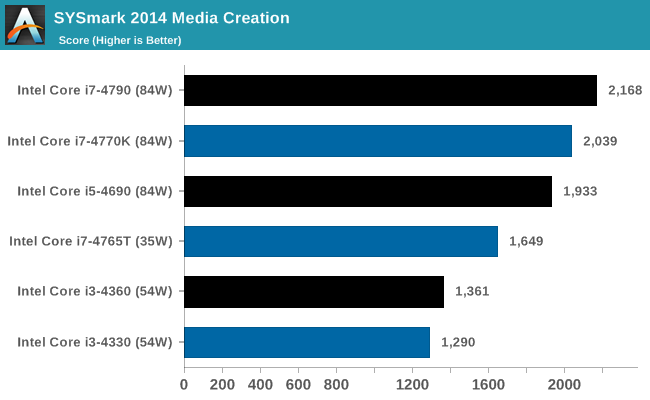 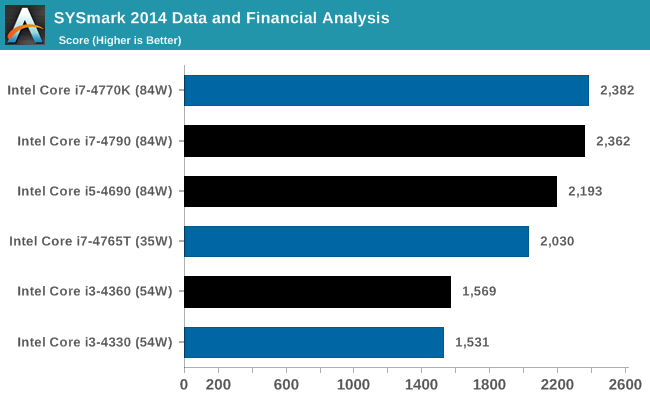 As we have not tested SYSmark 2014 with other CPUs yet, our results are rather limited, however the overall results are in line with what we would expect. 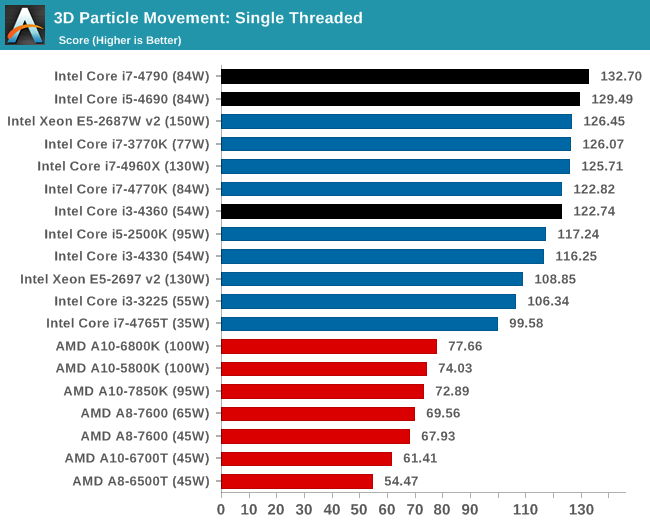 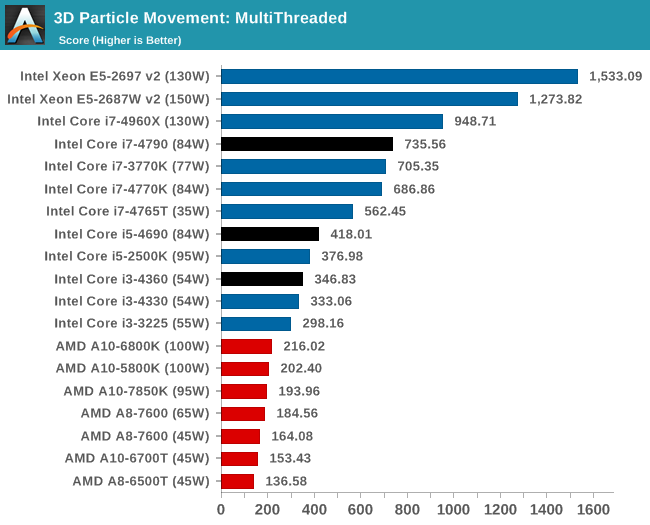