On the very first page in the setup process, we have the ix4-300d's LifeLine OS offering a way to set up the 'Personal Cloud' feature. It basically creates a dynamic DNS entry (myiomegacloud.com) for the NAS, but requires port forwarding to be configured on the router. LenovoEMC's personal cloud feature allows for users to be invited to access configured shares. With firmware updates, they have also been adding support for access to multiple cloud services (such as Amazon S3, Mozy, Atmos etc.).

The ix4-300d also allows installation of apps from lifelineapps.com : The range and number of apps available is quite limited compared to other NAS units with third-party app support (such as QNAP, Synology and Asustor). Support for WOL (Wake-on-LAN) as well as allowing hard drives to go into idle is available in terms of energy conservation features. The System Status pages provide a way to monitor the CPU / drive temperatures, fan speed and board voltages. Backup jobs can be either 'rsync'-based 'Copy Jobs' or done to cloud storage. In terms of media features, we have a media server, torrent downloader and a Facebook / YouTube uploader available in the native firmware.

In terms of storage features, RAID migration and expansion worked without issues, but the UI is not very user friendly. We kept getting prompts to allow overwriting of disk data. The first time around, it was clear that only the data in the newly inserted disk needs to be deleted, but the second prompt was ambiguous (it is not clear whether the data in the new disk or the data in the currently existing volume was going to be overwritten). Sometimes, the prompt indicated that the unit couldn't use the new drive to expand / add to the storage pool, but the expansion process worked fine when the steps were retried (apparently, a result of using disks with existing partitions as the 'new' drives). This issue appears to be fixed in the latest firmware (4.0.8.23976) according to the release notes. In our testing, we were able to process all expansion steps without data loss, but LenovoEMC always suggests that data be backed-up prior to RAID expansions or rebuilds.

LenovoEMC differentiates the px-series and ix-series based on more than just the base platform (x86 vs. ARM). There are a number of firmware / hardware limitations in the ix-series that may surprise regular observers of the SMB / SOHO NAS market:

In addition to the above, LenovoEMC strongly advises use of disks with the same size in all the bays. Since there is no hot-swap, RAID migration and expansion have to be performed after switching off the unit and inserting the disks. The lack of hot-swap and absence of the ability to support disks with multiple sizes are the most disappointing amongst the features neutered for the ix4-300d compared to the corresponding 4-bay px-series NAS.

Unless a review is published to coincide with the product launch, we make sure to stress the product and also check out how the unit operates in the long term. Unfortunately, after a few months into the review process (by the time I was done with the initial back and forth with LenovoEMC), the unit started acting up strangely. After every 30 - 40 days, the NAS would become unresponsive (clients couldn't connect to the shares), and even the time reported on the front screen froze. SMB shares used to be the first to fail, and NFS shares remained accessible for some time before they failed too. There was no alternative but to do a hard power cycle. After the hard power cycle, the system would boot up, but the shares would disappear from the Shares view in the web UI. However the UI would allow the adding of a share with the same name as the pre-existing one, and the previously existing content could be found safe inside. There was no data loss, but the freezing experience would have been pretty scary if the unit had critical data stores inside. This symptom, apparently, was not restricted to our review unit alone. There are a few threads on LenovoEMC's support forums started by users with the same issue. For what it is worth, with the firmwares since the one released in November 2013 (4.0.6.19294), I haven't experienced this issue. However, the problem manifests infrequently. It is not clear if the issue has been really fixed (as there are no explicit mentions in the firmware release notes). For all we know, it could be a hardware issue with a particular batch of units, or some issue with the bundled drives (though they all had clean SMART reports).

Setting up the EX4

Moving on to the EX4, we find the UI to be more contemporary compared to the ix4-300d. A configurable dashboard on the web UI provides an overview of the device as soon as the user logs in. This includes NAS capacity, firmware version, resource usage, users and apps currently active on the unit.

The UI has a ribbon of options at the top. These include the capability to add users, configure shares, set up cloud access (wdmycloud.com) without the need for port forwarding and set up backup jobs. These backup jobs can be to an attached USB drive, a rsync-based remote backup, internally to a different volume or folder or to the cloud. Under the Storage menu, we have options to configure the RAID, disk status and iSCSI target configuration / target initiation. The Apps option lets users install third-party apps. While the selection isn't very extensive right now, it looks like Western Digital is on the right track by offering SDKs to third-party developers while also putting out a few applications on their own. The EX4 also provides advanced services such as DFS (Distributed File System) and Active Directory support. Various link aggregating modes are supported for the two network ports. ISO mounting, DLNA and iTunes servers round up the other features

In terms of RAID expansion and migration, the EX4 started off well. The current firmware supports JBOD to RAID1, JBOD to RAID 5 and RAID1 to RAID 5. However, RAID5 expansion (i.e, a 3 disk RAID-5 to 4 disk RAID-5) is not currently supported. Fortunately, RAID-5 rebuild (replacing a faulty disk in a 4-disk array) went smoothly. However, WD indicated that a fix for online RAID expansion would be made available soon. On the whole, except for the issue with the online RAID expansion, the reliability, wealth of features and ease of use of the EX4 give it a slight edge over the ix4-300d.

The ix4-300d and EX4 both provide SSH access. SSH access to the EX4 can be enabled via the settings page. 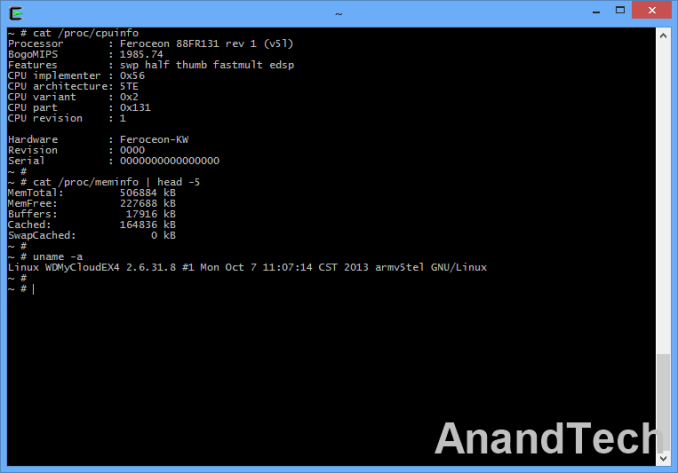 However, for the ix4-300d, things are a bit more complicated. SSH can only be enabled through a 'hidden' page which doesn't have any links from the main UI. Visiting http://<NAS IP>/manage/diagnostics.html leads to a support page which allows users to enable SSH access, generate and download debug logs and perform driver recover. (file system check / data reset). The username for SSH access happens to be root, and the password is soho followed by the admin password / root password set on the diagnostics page. 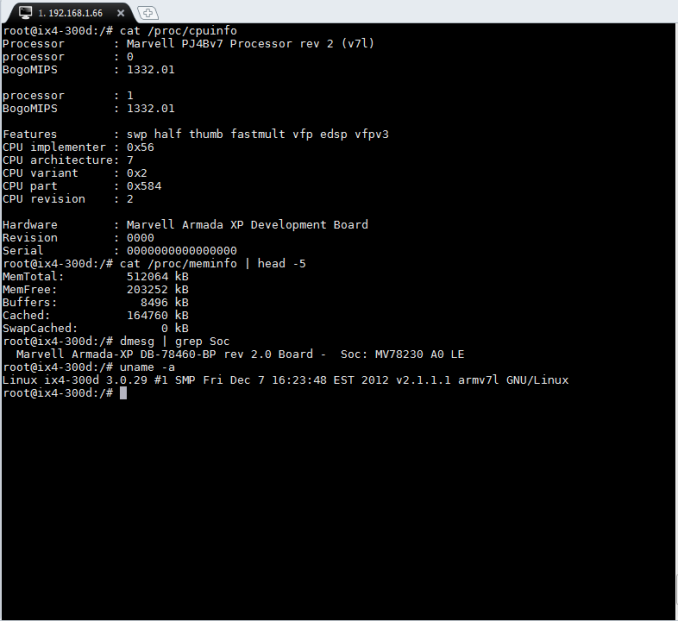 LenovoEMC makes it clear that enabling SSH (unless instructed by support personnel) and modifying the unit through that interface completely voids the warranty.