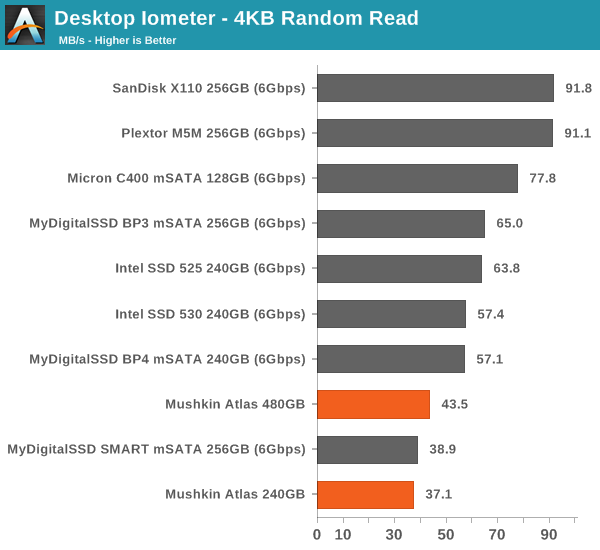 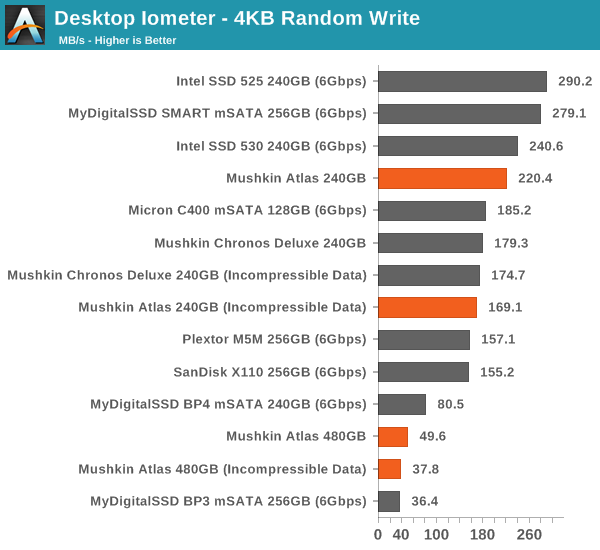 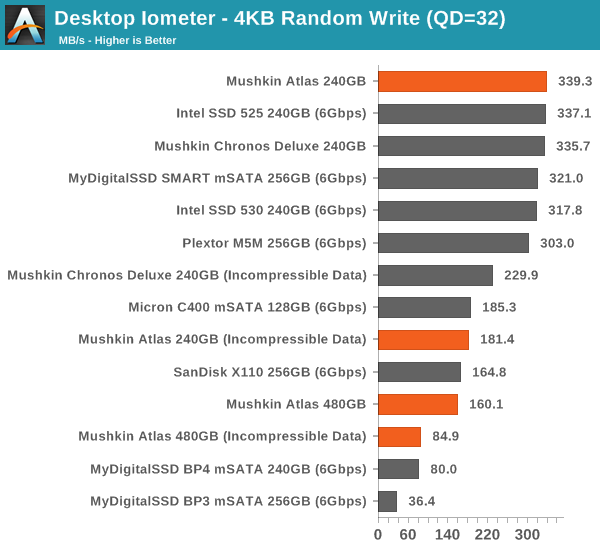 At 240GB, random write speeds are normal to SF-2281 but the 480GB model is noticeably slower. This isn't exceptional because the 480GB Vertex 3 (the only other 480GB SF-2281 SSD we've tested) exhibited similar behavior, although its performance was slightly better. I think the drop in performance has to do with raw processing power because when you double the capacity, the amount of pages/blocks that need to be tracked doubles as well. Newer controllers (like Marvell 88SS9187 and Samsung MDX) have no trouble tracking more pages/blocks but the SF-2281 design is over two years old, which is definitely showing up. 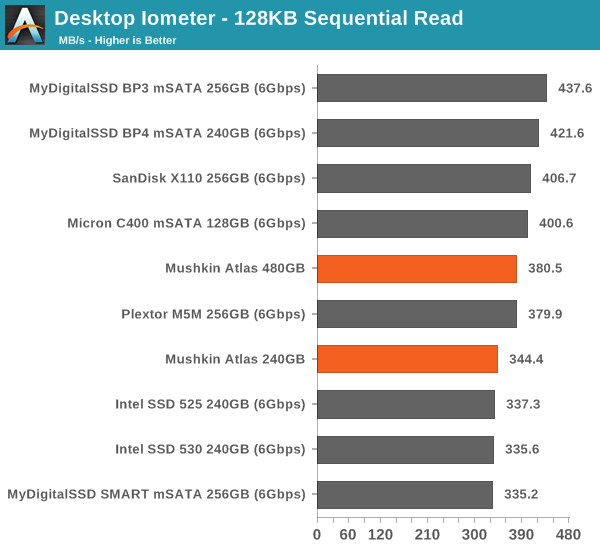 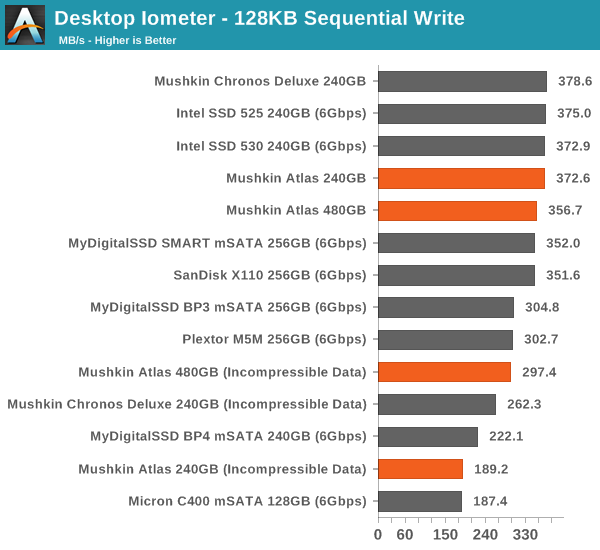 Sequential performance is average. When moving to incompressible data performance drops (as always) and especially the 240GB model experiences quite a big drop. 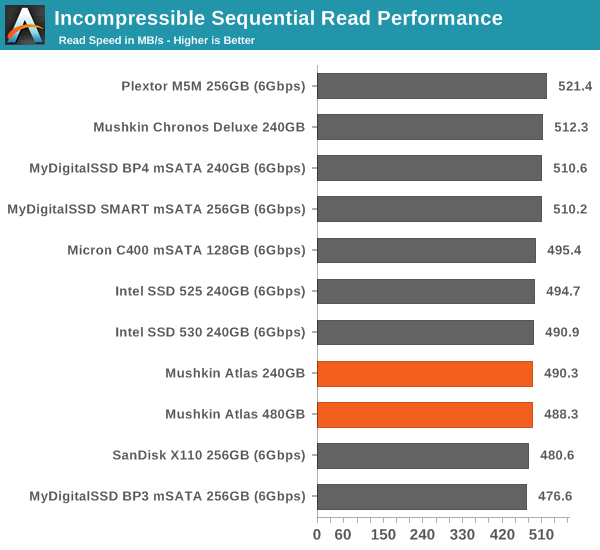 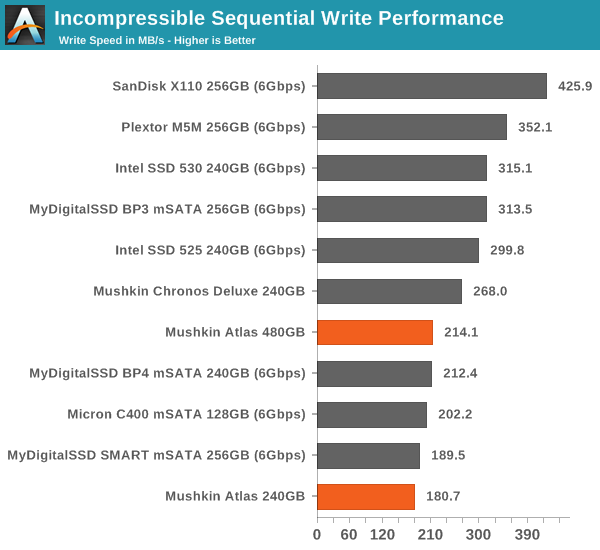