Many asked why we were so late in reviewing the KT266; after all the chipset was shipping in volumes by the end of January 2001, and our review of it came out over two months later.  We actually received the K7T266 Pro from MSI, which used the KT266 chipset, a few weeks before we published the review.  And although this board completed our Windows 98 performance suite perfectly, the board would not install Windows 2000 without either causing the system to hang during the install or immediately after completing the install.  Even in the rare case that we were able to get the board to install and run Windows 2000, it was extremely unstable and wouldn't even install many of our benchmarks. 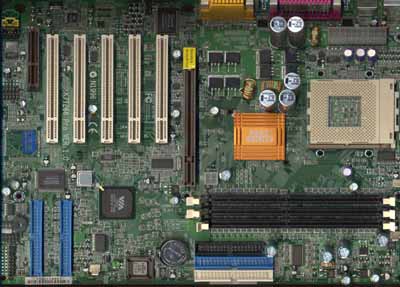 We immediately contacted MSI and they sent us a newer BIOS revision for the board (1.0B7) that unfortunately wouldn't flash on the board because of an outdated AMI flash utility that they provided us with.

While working with MSI on that issue we were contacted by our new friends over at NewEgg.  They had a K7T266 Pro that they wanted to send us for review.  This was a board that they were currently selling and shipping to customers, thus it had to be solid otherwise NewEgg wouldn't have put their reputation on the line.

The board was shortly in our hands and we were already running benchmarks on it.  The first thing we noticed was that this board didn't have the Promise IDE RAID controller that the board MSI sent us had.  There was a much smaller difference between the two, but we'll get to that later.  The important part was that this board that NewEgg supplied us with featured the official shipping BIOS from MSI, revision 1.0.  If you were to go out then and purchase a K7T266 Pro this was the BIOS you would find on your motherboard (the same should hold true today, although we haven't purchased any more K7T266 Pros to verify).  The board MSI supplied us with had a later BIOS revision, 1.0B3, however it was the one that would not allow us to install/run Windows 2000. 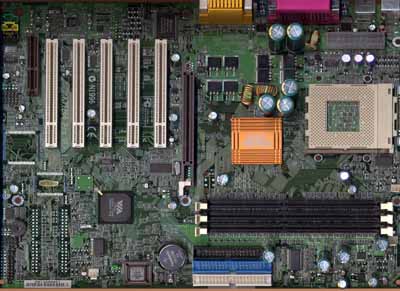 This was the board that performed poorly, however it was mentioned that this new BIOS from MSI would definitely fix the performance issues.  Estimates of performance improvements bordered on a 10 - 20% boost at least.  This was what confused us the most.  Generally a simple BIOS update rarely results in that large of a performance increase unless something was incorrectly incorporated into the original BIOS.  At the same time, before we published our review, VIA had already admitted to the KT266 being a poor performer according to a number of other websites.  Something was definitely wrong.

On the one hand we had a shipping revision of a KT266 board with a shipping BIOS, and it was performing up to 10% lower than the KT133A.  But at the same time, MSI supplied boards with beta BIOSes were performing faster than AMD760 solutions.  To make things even more confusing, VIA publicly stated that they were aware of the KT266's performance issues and that they were working on solving them.  Their first solution was releasing a new IDE driver and BIOS for their reference board but the latter didn't help retail KT266 board owners.