Jumping into compute, we’re entering the one area where GTX 780 Ti’s rule won’t be nearly as absolute. Among NVIDIA cards its single precision performance will be unchallenged, but the artificial double precision performance limitation as compared to the compute-focused GTX Titan means that GTX 780 Ti will still lose to GTX Titan whenever double precision comes into play. Alternatively, GTX 780 Ti still has to deal with the fact that AMD’s cards have shown themselves to be far more competitive in our selection of compute benchmarks. 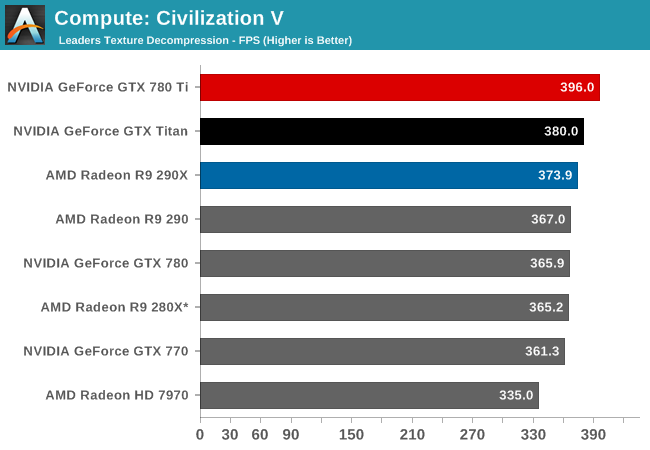 Even though we’re largely CPU bound by this point, GTX 780 Ti manages to get a bit more out of Civilization V’s texture decode routine, pushing it to the top of the charts and ahead of both GTX Titan and 290X. 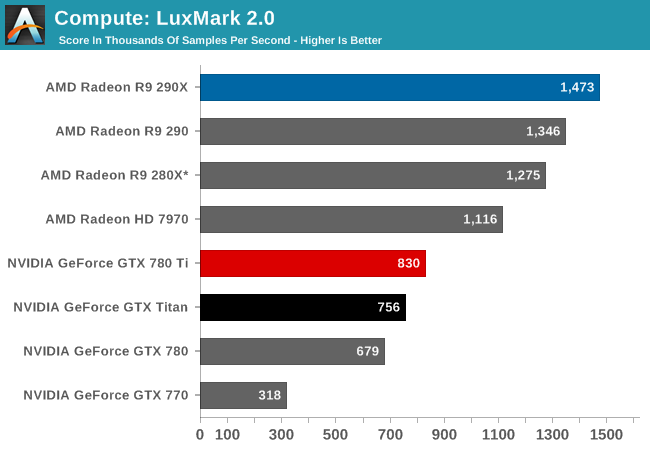 With LuxMark NVIDIA’s ray tracing performance sees further improvements due to the additional compute resources at hand. But NVIDIA still doesn’t fare well here, with the GTX 780 Ti falling behind all of our AMD cards in this test. 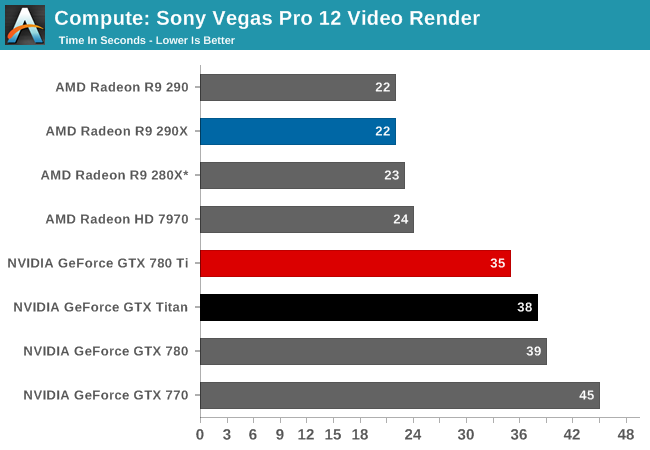 Like LuxMark, GTX 780 Ti once again improves on its predecessors. But it’s not enough to make up for AMD’s innate performance advantage in this benchmark, leading to GTX 780 Ti trailing all of the AMD cards. 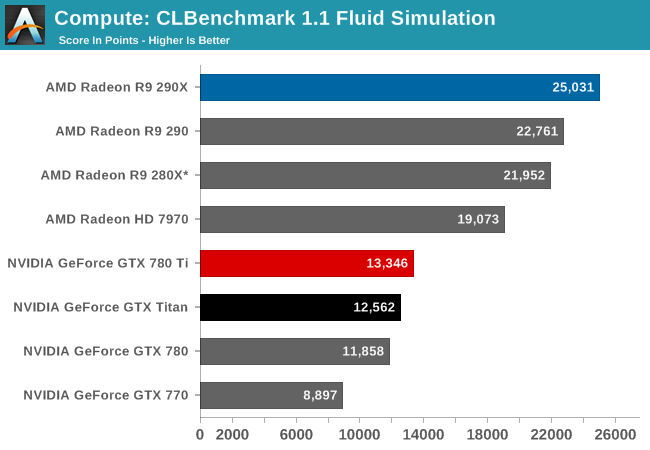 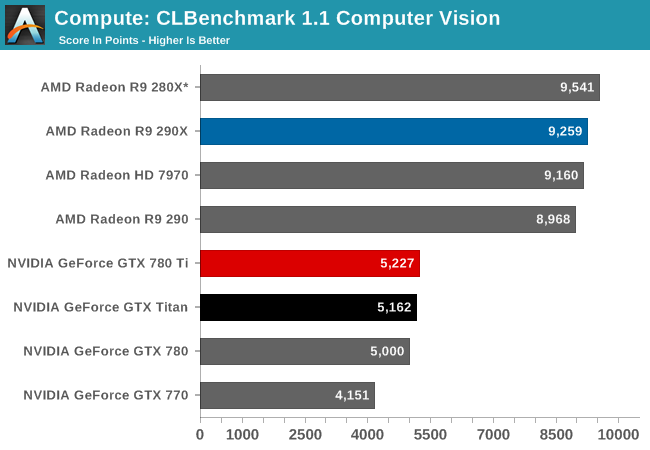 CLBenchmark continues to be the same story. GTX 780 Ti improves on NVIDIA’s performance to become their fastest single precision card, but it still falls short of every AMD card in these tests. 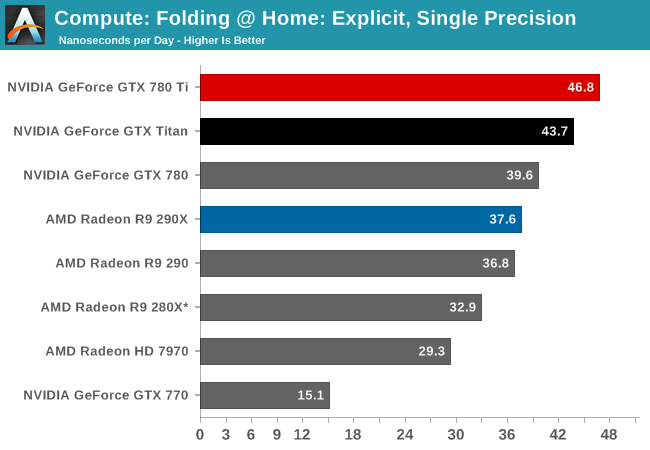 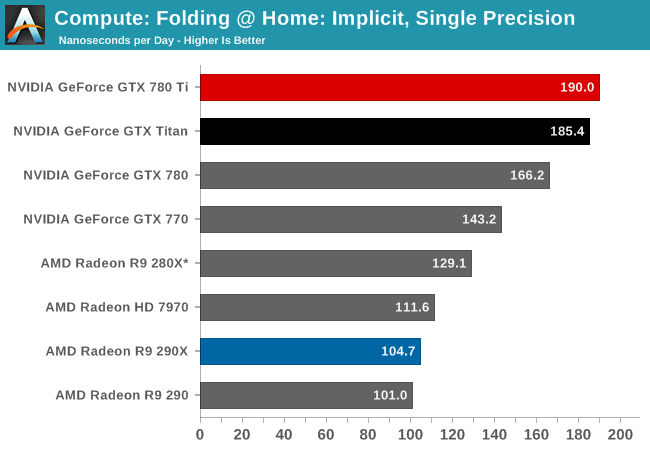 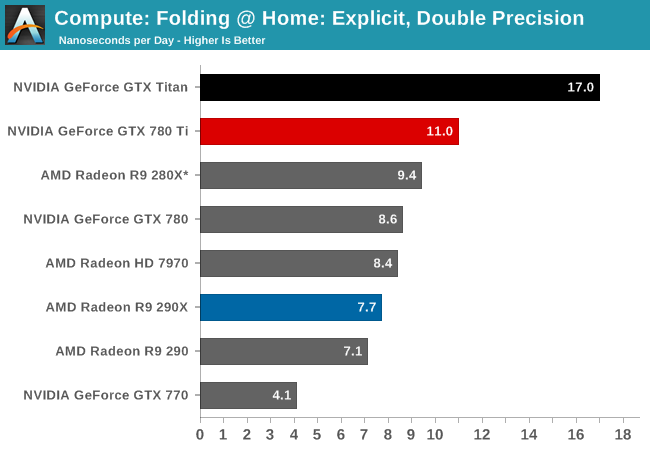 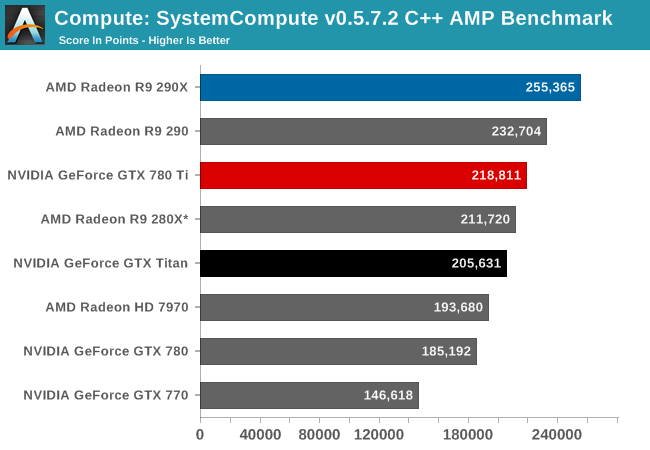 Last, in our C++ AMP benchmark we see the GTX 780 Ti take the top spot for an NVIDIA card, but like so many of our earlier compute tests it will come up short versus AMD’s best cards. This isn’t quite as lopsided as some of our other tests, however GTX 780 Ti is stuck competing with the 280X while the 290 and 290X easily outperform NVIDIA’s new flagship.