I created a Boot Camp partition of around 120GB and ran our client iometer benchmarks to put the new PCIe SSD’s performance in perspective.

Peak random read performance is roughly comparable to the previous-generation Samsung controller. Random write performance took a bit of a hit but it's still more than fast enough for client workloads. Sequential speeds are much improved but the gains are really only visible at high queue depths. Low queue depth sequential transfers can’t be split up enough in order to really require PCIe. 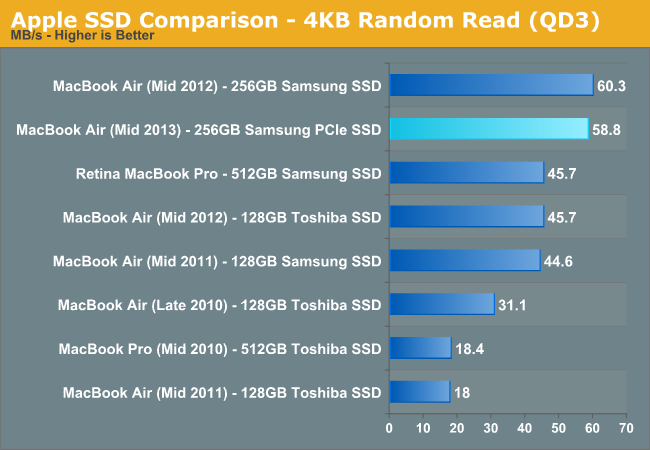 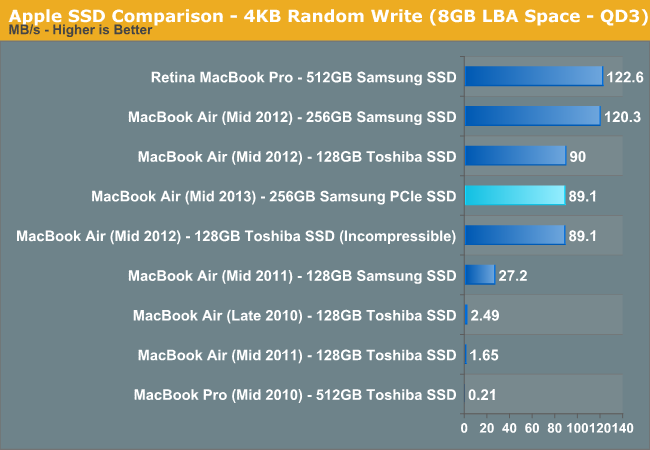 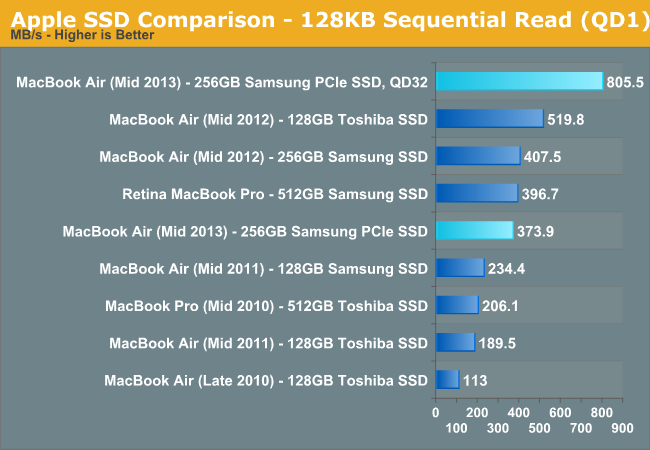 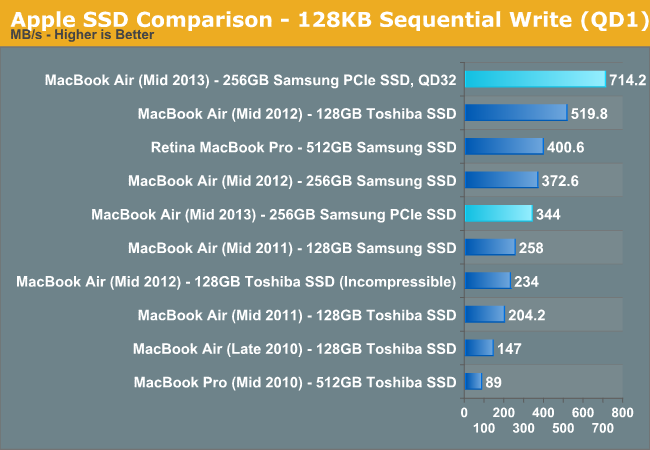 What does this mean in the real world? The new SSD is definitely snappier in system use. Wake from sleep is a bit quicker, as are application launches. The funny thing is that with the exception of high-speed Thunderbolt arrays, most external sources aren’t fast enough to even stress the new storage subsystem in the MacBook Air. Large file copies confined to the drive itself benefit a bit as well. I saw roughly 300MB/s reads and 300MB/s writes when copying a large dmg from/to the MacBook Air’s PCIe SSD (compared to roughly 200/200MBps on the old Samsung SATA SSD from the rMBP15).

If you have an external Thunderbolt array with at least a couple of drives, you should have no issues matching the MBA’s internal SSD performance.

Seeing as how this is our first experience with Samsung’s PCIe SSD controller, I wanted to get a feel for how the drive behaved under extended high queue depth random writes. I ran a modified version of our IO consistency test. The test was modified to run in a 91GB space on the MBA’s Boot Camp partition. I made sure to fill the rest of the drive completely, but the random writes were effectively constrained to 91GB of LBAs. When I get back from the UK I’m going to try setting up an external boot drive and will do some more extensive testing on the drive. 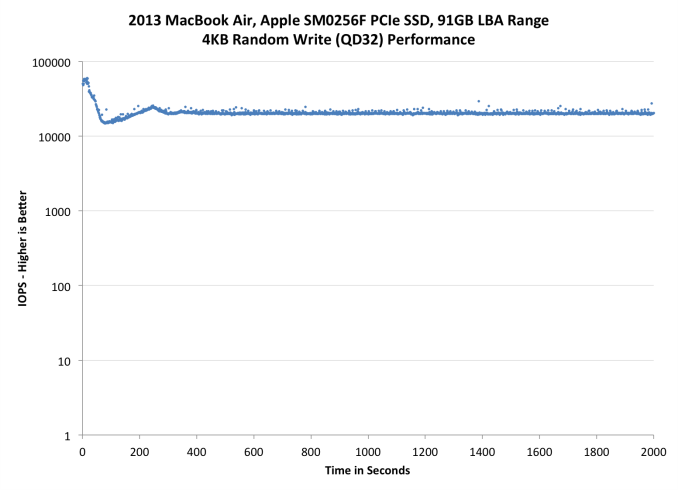 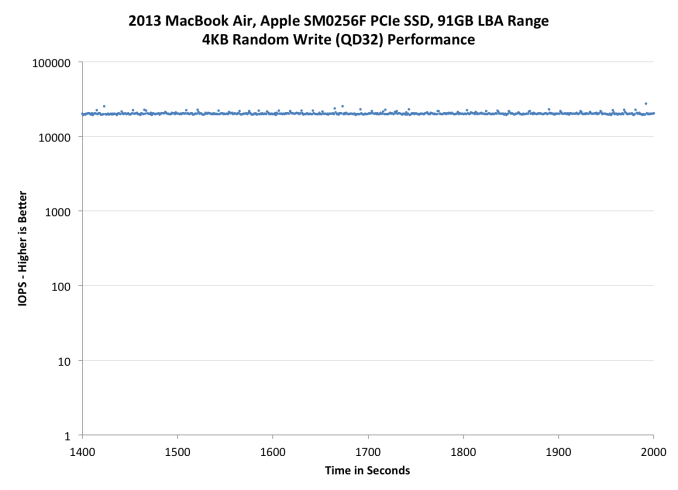 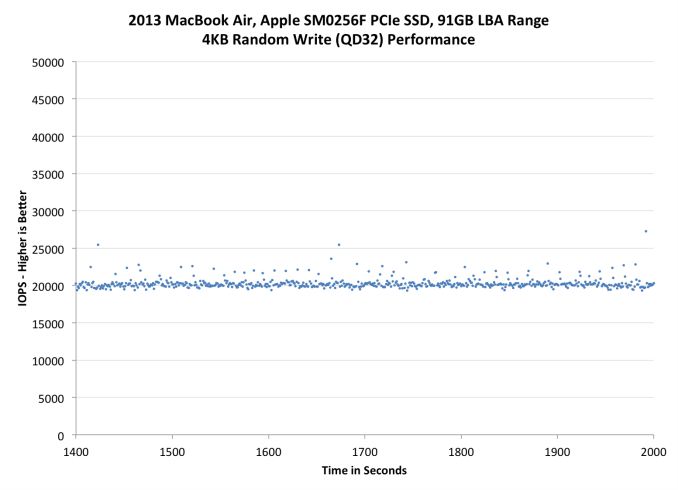 The IO consistency results, at least within a somewhat constrained space actually look really good. I have a feeling that Samsung might have improved its IO consistency story with this generation, but I’ll wait on saying for sure until I’ve had a chance to do some more work with the controller. For the vast majority of users however, solid random write performance like this over a 91GB space on a full drive is actually very good news.