Gigabyte at the Taipei 101

Being a motherboard company, it would be a little odd not to cover the motherboards. Our preview coverage had a quick look at a few models via leaked images, and Gigabyte met up with Anand for a look at a couple of overclocking/gaming models.  But now they are released and in the open, I cannot wait to get a few of these models in for review.

At the suite itself, as in previous years, Gigabyte have the ‘wall of motherboards’, showcasing all the models listed above as well as a few not officially launched yet, such as the Z77X-UP7 TH and the B5 Sniper.  The Z87X-UP7 TH in name and features suggests that Gigabyte are moving fully to the ‘OC’ range for overclocking motherboards and the UP7 now sits as a prosumer model at the top of the product stack alongside the Z87X-OC Force and G1.Sniper 5. 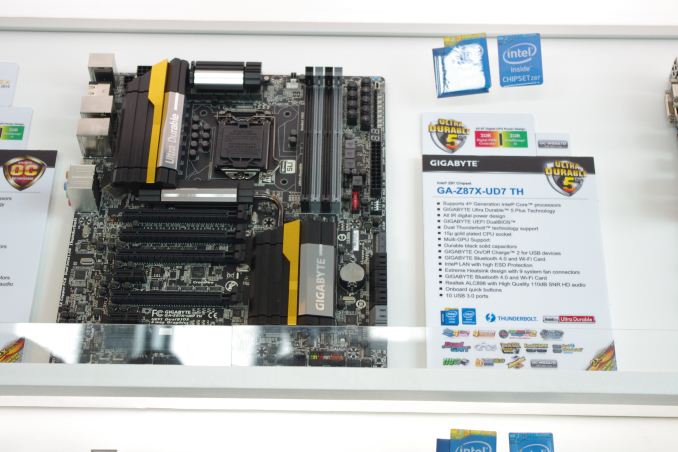 As it is the top model, we get a dulled gold theme to complement the gold of the UD5H, red theme of the UD4H and blue theme of the UD3H.  Alongside Thunderbolt connectivity, the UD7 TH looks to follow some of the same principles of the Z87X-OC Force but more in a stability sense rather than an overclocking sense – we have fewer of the overclocking buttons and options (some are still present) but the same PCIe layout, PLX chip and 16-phase power delivery combination. 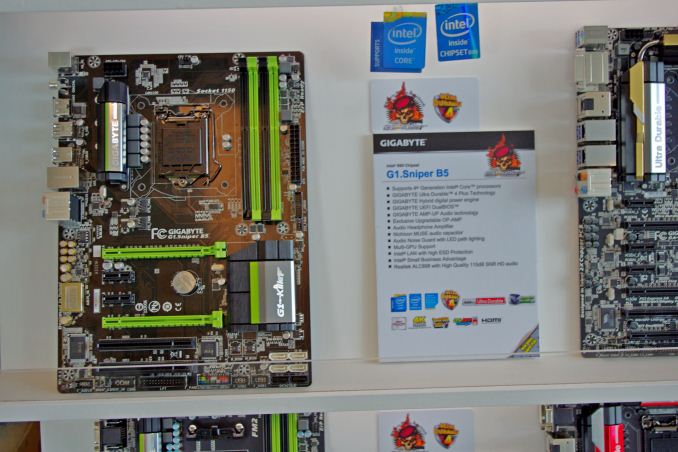 So when the G1.Sniper B5 caught my eye I was a little surprised, but it does make sense from a user point of view – if you want a gaming oriented motherboard without overclocking, then perhaps a B85 chipset model would be more cost effective.  The downside of B85, aside from overclocking, is the lack of SLI on the regular G1.Sniper 5, as well as an adjustment to the rear IO connectivity options.  This model also features the adjustable OP-AMP audio similar to the high end model. 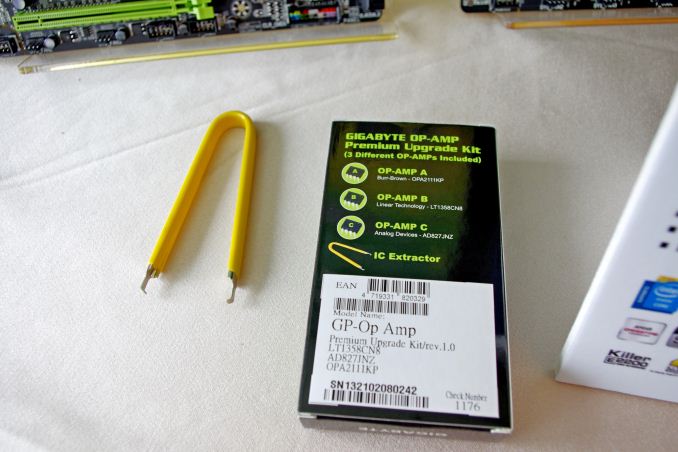 The OP-AMP kit features three additional ICs aside from the two that appear into the box, and should be on sale for around $50.

On the server motherboard side, Gigabyte had a few models on display, such as a dual processor motherboard in an ATX form factor: 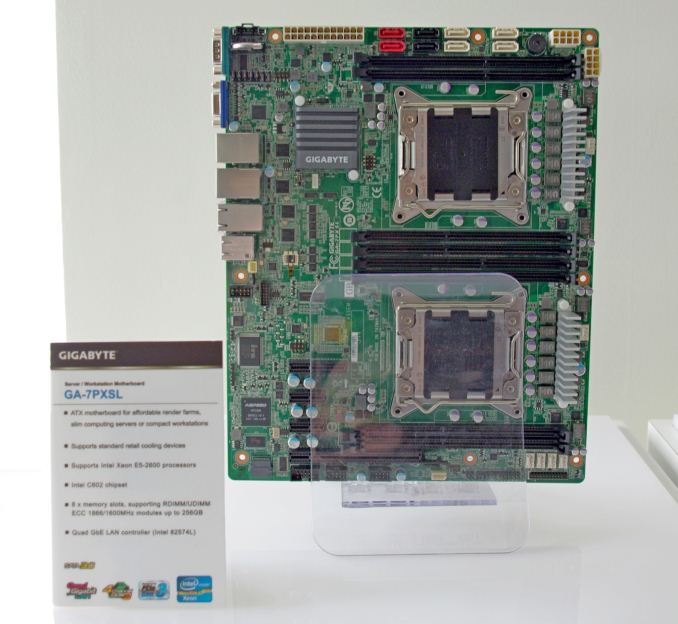 While still in the early stages of design, here is a dual Sandy Bridge-E motherboard in ATX, designed for a smaller chassis.  I was told there is still work to be done regarding the design of the PCIe lanes (we clearly are not getting much GPU action here), but it should be available via regional sales offices later this year.