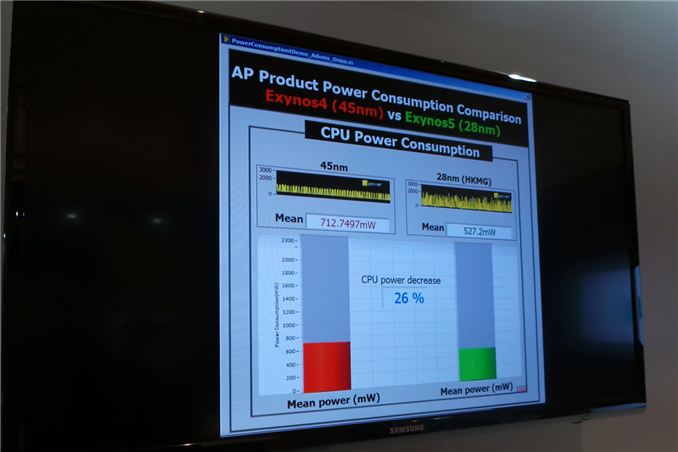 ARM was being unusually coy when talking about the GPU IP used in Samsung's recently announced Exynos 5 Octa. We eventually found out why: unlike the Exynos 5 Dual and Exynos 4 silicon, ARM's Mali GPU isn't included in the Exynos 5 Octa's floorplan. Through a bit of digging we concluded that Samsung settled on a PowerVR SGX 544MP3 GPU. We couldn't disclose how we came to this conclusion publicly, but thankfully today Imagination Technologies confirmed the use of their IP in the Exynos 5 Octa 5410. All Imagination confirmed was the use of PowerVR SGX 544 IP in Exynos 5 Octa, however we still believe that Samsung used three cores running at up to 533MHz.

Thankfully we should be able to confirm a lot of this very soon. The Exynos 5 Octa is widely expected to be used in the international variants of Samsung's upcoming Galaxy S 4. We will be at Samsung's Galaxy S 4 unpacked launch event in NYC this Thursday to find out.