NVIDIA shared a bit of performance data generated from a 1.9GHz Tegra 4 reference tablet. CPU performance is understandably higher than anything we’ve seen from anything ARM or Atom x86 based thus far: 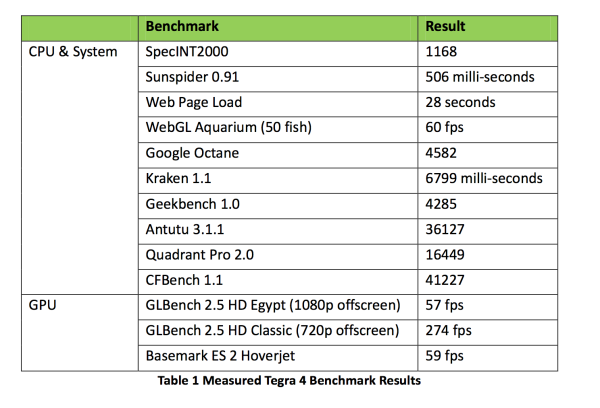 On the GPU front NVIDIA claims to offer performance competitive with Apple’s iPad 4, which is quite impressive considering how far behind NVIDIA had been over the previous two generations.