I usually take apart smartphones I’m sampled just because I like knowing what’s inside, even if I already know the majority of component choices through other purely software means. In the case of the Nexus 4 this was also motivated by my desire to find out whether it would be possible to replace the battery easily and also to get a look at some of the RF components for cellular.

Taking apart the Nexus 4 is surprisingly simple, so much so that I’ve taken my Nexus 4 review unit apart fully, twice. There are two Torx T–4 screws at the bottom which come out, after which the back cage pulls off after you use a plastic separator tool to get past some clips holding it on. If you’re interested in replacing the battery you can pretty much stop here, there are two screws holding the battery connector onto the mainboard, and the battery is held in place with a square outline of double sided tape. The back side of the case has many gold pads for antennas, NFC, and the inductive charging coils. 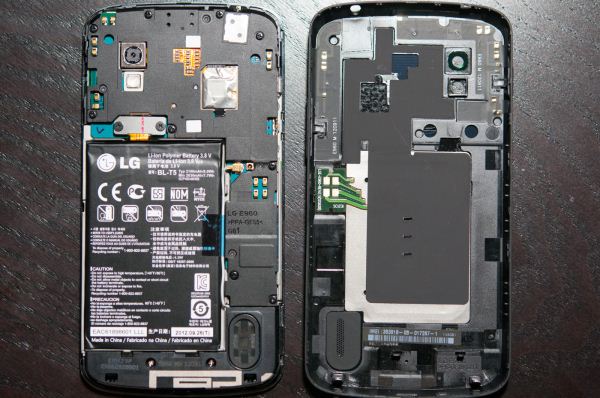 Further disassembly involves removing the plastic covering the PCB, then a few screws and the mainboard lifts out. Construction here is very standard fare for smartphones lately, with an L shaped mainboard and battery sitting in the cavity next to it. 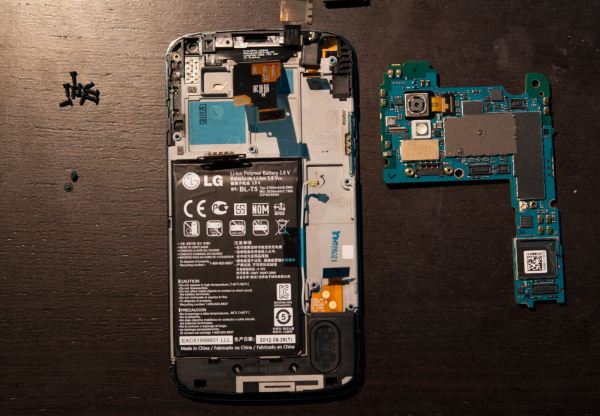 After you get the PCB out things are very easy to identify. I popped the EMI cans off wherever possible as well. 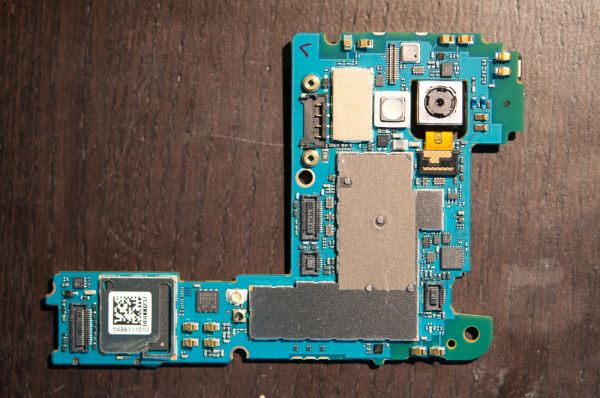 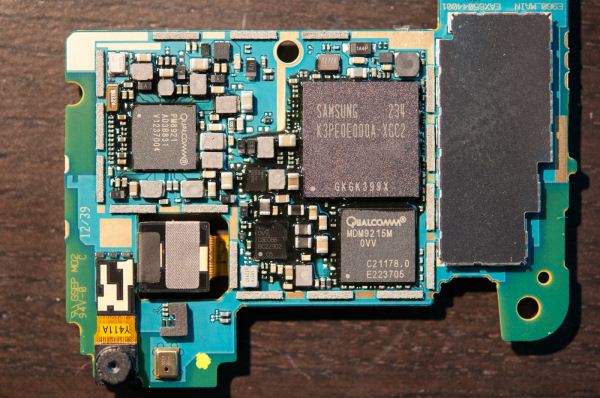 On the long underside of the mainboard we can see the TI BQ51051b wireless power Li-Ion charger receiver I mentioned earlier, and above it Qualcomm’s WCD9310 Audio codec in a sea of epoxy. Inbetween those two is a BCM20793 NFC controller instead of the ubiquitous NXP PN544 part. 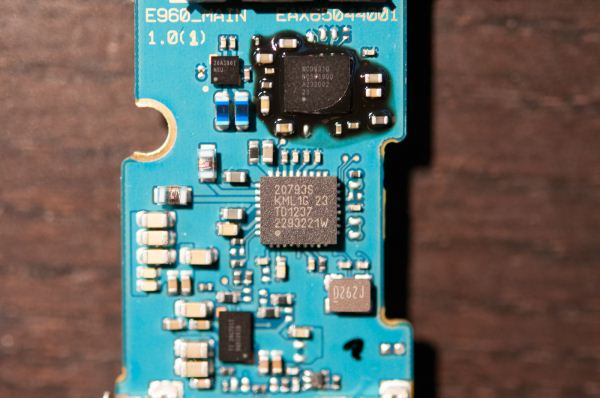 My main goal when taking apart the Nexus 4 was nailing down what power amplifiers and RF architecture the phone had, and under the EMI cans on this side are a few relevant parts. 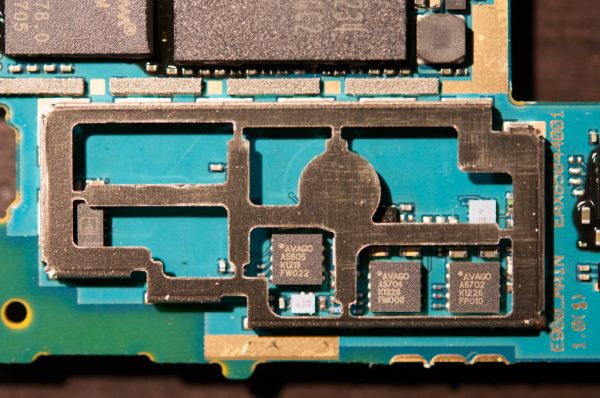 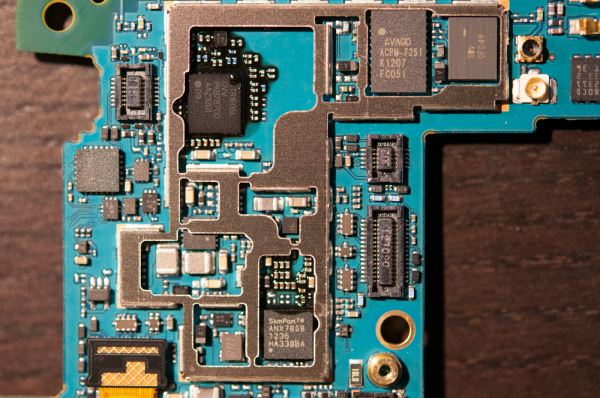 Flipping the PCB over and removing the other large EMI can reveals more parts of the puzzle. I can identify an Avago ACPM–7251 (Band 1, 5, Quad band GSM/EGE) power amplifier, and another package near it marked “GFD49” which is probably another switch just next to the antenna feed for the bottom transmit antenna. 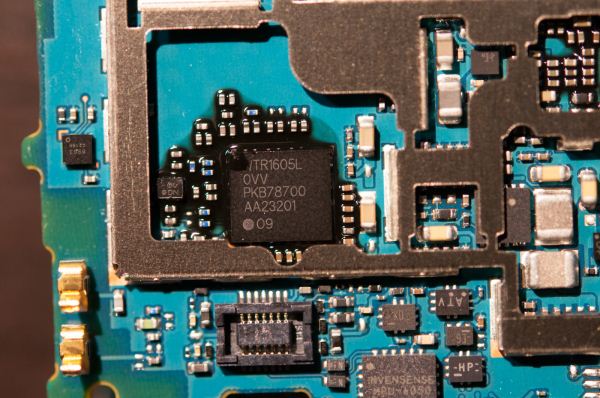 Nexus 4 also has the latest and greatest Qualcomm transceiver onboard, WTR1605L, which we’re going to talk at length about in another piece. It’s actually somewhat surprising to see the latest and greatest here considering the Nexus 4 doesn’t include LTE support, even though it does have the hardware for it on bands 4, 2, and 1 in theory. 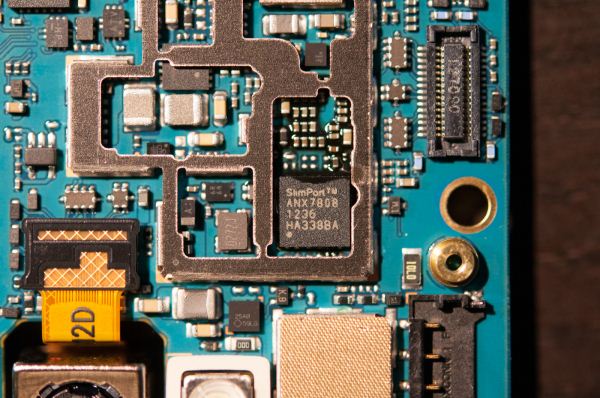 Also under this can is the SlimPort ANX7808 which enables HDMI, VGA, DVI, or DisplayPort out on the Nexus 4 instead of the USB-MHL that we’ve been seeing getting adoption pretty rapidly. This is actually an interesting choice for the Nexus 4 considering again the relative ubiquity of MHL. I don’t have any SlimPort cables or dongles so I can’t test it first hand, but there’s the transmit package on the PCB that enables it. 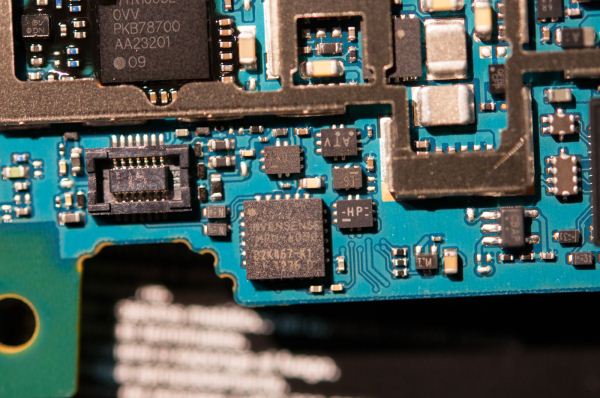 I can also identify an InvenSense MPU–6050 six axis gyro and accelerometer at the very top of the PCB. 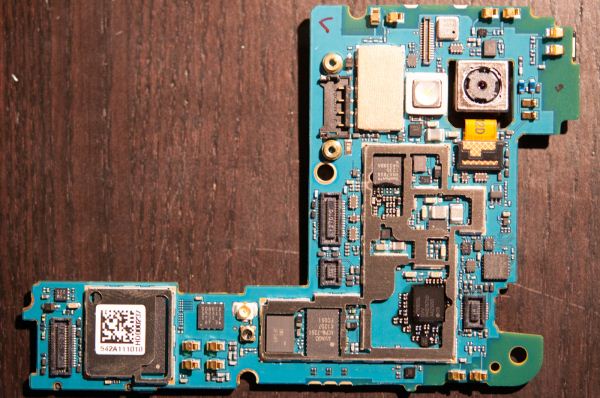