While the binary tree structure was great for sequential IO performance and for keeping DRAM sizes low, it wasn't good for lowering random IO latency. The S3700 controller completely does away with the old indirection table.

The new controller ditches the binary tree entirely and moves to a completely flat structure with 1:1 mapping. What happens now is there's a giant array with each location in the array mapped to a specific portion of NAND. The array isn't dynamically created and, since it's a 1:1 mapping, searches, inserts and updates are all very fast. 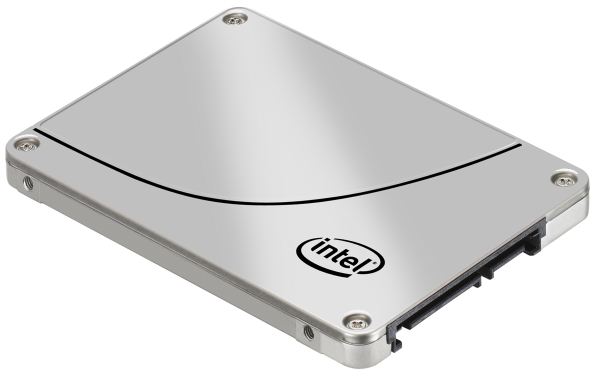 The other benefit of being 1:1 mapped with physical NAND is that there's no need to defragment the table, which immediately cuts down the amount of work the controller has to do. Drives based on this new controller only have to keep the NAND defragmented.

The downside to all of this is the DRAM area required by the new flat indirection table. The old binary tree was very space efficient, while the new array is just huge. It requires a large amount of DRAM depending on the capacity of the drive. In its largest implementation (800GB), Intel needs a full 1GB of DRAM to store the indirection table. By my calculations, the table itself should require roughly 100MB of DRAM per 100GB of storage space on the drive itself. Intel appears to be using DDR3-1333 for its DRAM on-board S3700 drives.

There's a bit of space left over after you account for the new indirection table. That area is reserved for a cache of the controller's firmware so it doesn't have to read from slow flash to access it.

Once again, there's no user data stored in the external DRAM. The indirection table itself is physically stored in NAND (just cached in DRAM), and there are two large capacitors on-board to push any updates to non-volatile storage in the event of power loss.

It sounds like a simple change, but building this new architecture took quite a bit of work. The results, if they are anywhere close to what Intel is promising, are pretty awesome.

The Intel SSD DC S3700 appears to be a very promising new architecture from Intel. If it ends up performing as Intel promised, the S3700 controller could be the beginning of a new era in SSD performance - one focused on consistency of performance, not just absolute performance. As soon as we run samples through our test suite you can expect a full review, putting Intel's claims to the test. Stay tuned.