Earlier this year Apple introduced its first Mac equipped with a Retina Display. The 15.4-inch MacBook Pro with Retina Display (henceforth rMBP) introduced a brand new, thinner and lighter chassis to the MacBook family while serving as the launch vehicle for the world's first 2880 x 1800 notebook display.

Although the 15-inch rMBP was significantly more portable than its predecessor, the number one question asked after its release was when the MacBook Air would get similar Retina Display treatment. As the first Mac with an ultra high resolution IPS panel, the value of the 15-inch rMBP was obvious, but these days the market demands extreme portability. 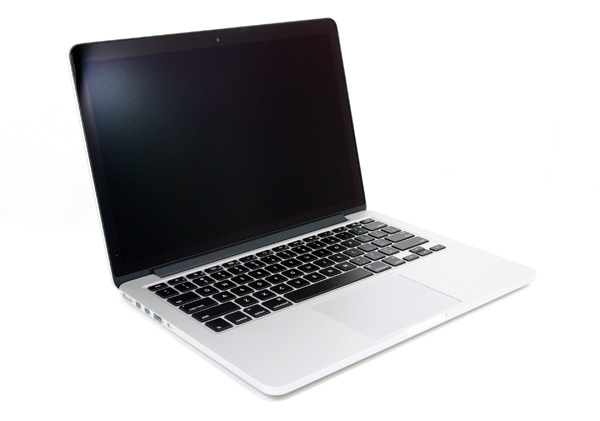 Over the past few years, the 13-inch notebook form factor emerged as a great balance between functional size and portability. Although many hoped for a MacBook Air equipped with a Retina Display, for the follow on to the 15-inch rMBP Apple made the logical progression and brought a Retina Display to its 13-inch MacBook Pro.

In doing so, the 13-inch MacBook Pro with Retina Display gets all of the chassis improvements that were first introduced with the 15-inch model this summer. Apple ditched the optical drive, slimmed up the notebook, and integrated Intel's 22nm Ivy Bridge silicon. Better speakers, a larger battery, USB 3.0, and an extra Thunderbolt port are all a part of the next-gen package. 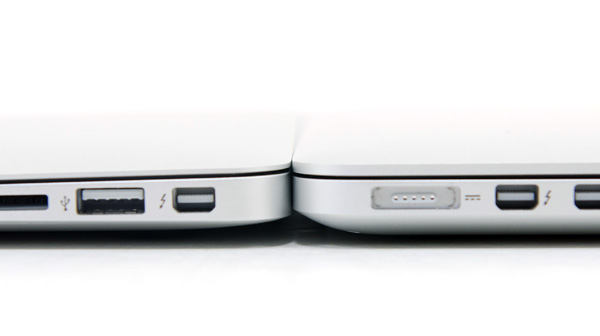 By virtue of the smaller display size and the next-gen MacBook Pro chassis, the 13-inch rMBP does a lot to blur the line between the Air and Pro lines. 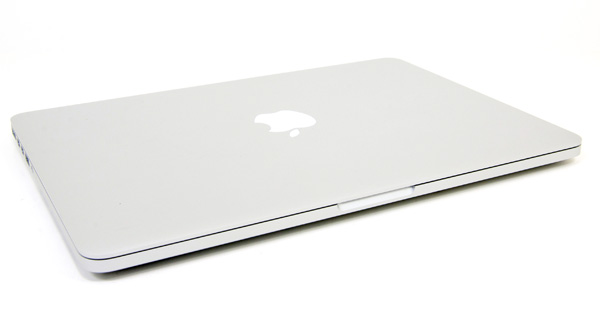 I always liked the 13-inch form factor of the MacBook Pro, but I never liked the laptop itself. It always had too low resolution of a screen to be productive and it was too big and heavy to make sense compared to the MacBook Air. Once the 13-inch MacBook Air got Sandy Bridge, I pretty much stopped recommending the 13-inch MacBook Pro. You got a lower resolution display, and didn't gain enough to make the tradeoff worthwhile. Upgradability was a definite advantage, but most of the time when I'm making a personal recommendation to someone it's a person who isn't going to upgrade their machine regardless. When Apple revealed that the 13-inch MacBook Pro was still its best selling notebook, I was a bit surprised - although it did make sense.

The new 13-inch MacBook Pro with Retina Display changes all of that entirely. I'm now finding it more difficult to recommend the 13-inch MacBook Air, and have almost every reason to recommend the new Pro. The reduction in chassis thickness and weight give it an almost ultraportable feel. At 3.57 pounds, the 13-inch rMBP is light enough that traveling with it isn't a problem. Thanks to the smaller display, pulling it out on a crowded airplane in coach and getting work done isn't an issue either. The larger 15-inch rMBP still struggles in the airplane use case, although the reduction in thickness made it a bit better than its non-Retina predecessor. 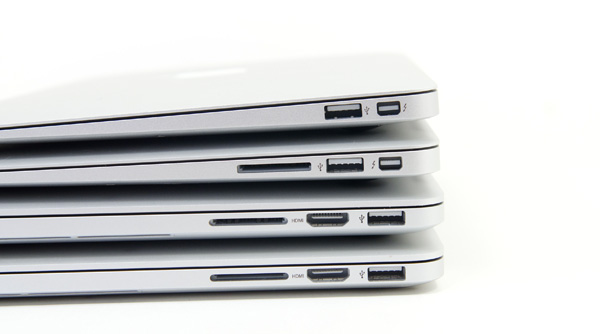 The dimensions are very surprising. The 13-inch rMBP maintains a uniform thickness of 0.75-inches, 5.6% thicker than the 15-inch model (but obviously with less total volume thanks to a smaller planar footprint). Compared to the thickest point on the 13-inch MacBook Air however you're only gaining 0.07-inches. The weight difference is marginal as well. The 13-inch MBA shaves off only 0.61 lbs. The 15-inch rMBP is less than a pound heavier as well (0.89 lbs). Apple has done its best to make your decision about picking the right screen size and internals, almost entirely removing things like weight from the discussion. While the 13-inch MBA is still clearly a more portable device, I believe with the 13-inch rMBP Apple has built a chassis that's truly an alternative.

The downside to all of this is a machine that really can't be upgraded. Apple outfits all of the 13-inch rMBPs with 8GB of DDR3L-1600, although there's no BTO option for 16GB of RAM (which is availble on the 15). The integrated SSD module is removable, although it's not intended to be user serviceable. I don't believe the 8GB memory limitation will be much of an issue over the useful life of the system. If we assume 8GB is enough for the foreseeable future, providing more (or easily upgradeable) storage is my biggest complaint about the fairly fixed configuration. The good news is the SSD module can be upgraded and some companies do offer an upgrade path for it. We've already grown used to having notebooks with integrated batteries and CPUs soldered down to the motherboard, which makes the rMBP pill a lot easier to swallow. 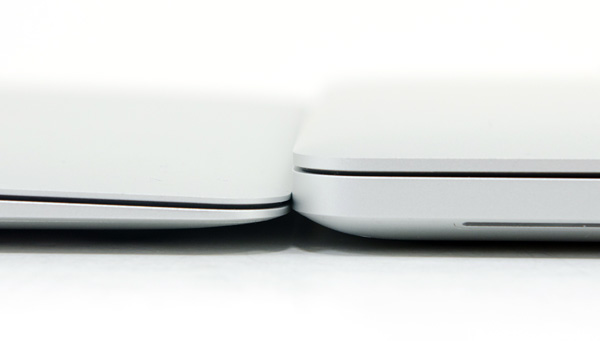 I appreciate the fact that there's no reduction in IO when moving between the 13 and 15-inch rMBPs. The 13-inch model retains the two USB 3.0 ports, two Thunderbolt ports, headphone/mic jack, SD card reader, and HDMI out of its bigger brother. Apple's MagSafe 2 connector makes an appearance as well.

The keyboard and trackpad remain very similar to the 15-inch model, although I feel like there's slightly more key travel on the 13. Neither system has the key travel of the older, non-Retina MacBook Pros but that's a sacrifice that seems like we'll be making more of as we pursue even thinner designs. I do believe that despite Apple's pursuit of a very thin chassis that it continues to deliver a very usable keyboard with great feel. I've typed tens of thousands if not hundreds of thousands of words on Apple's current crop of keyboards, and they still manage to hold up quite well.

The trackpad shares a similar story. The glass covered trackpad of the 13-inch rMBP is similar in size and identical in feel to the trackpad on the rest of Apple's mobile lineup. The 13's trackpad performance and behavior remains among the best in the industry.